The first 7 US Space Force enlistees graduated alongside hundreds of new US Air Force airmen at a ceremony in San Antonio. 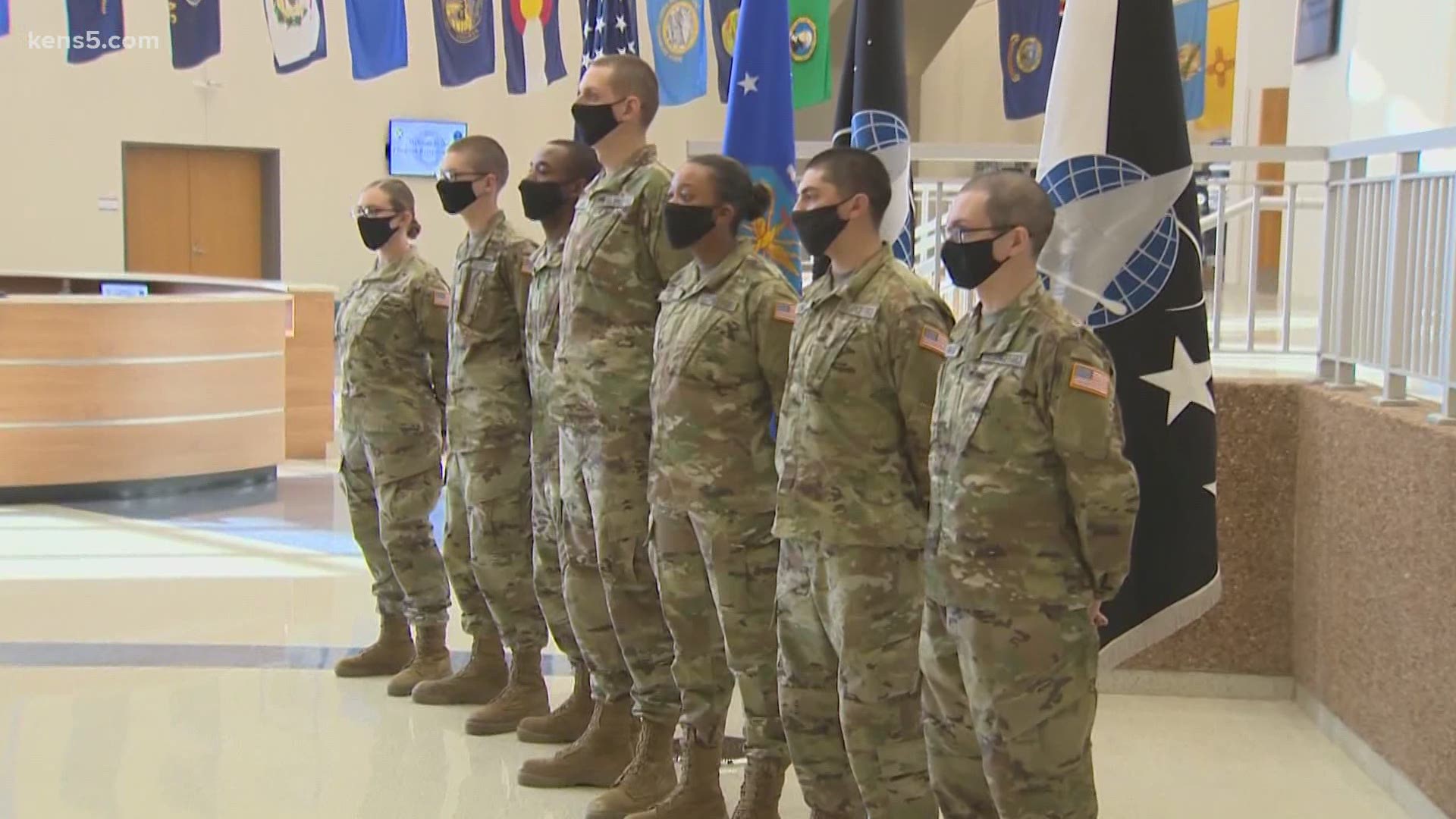 SAN ANTONIO — The newest branch of the U.S. Armed Forces marked a major milestone Thursday as the first U.S. Space Force enlistees graduated from basic military training alongside hundreds of airmen from the 320th Training Squadron at Joint Base San Antonio-Lackland.

Previously, the U.S. Space Force welcomed academy graduates into its ranks and U.S. Air Force airmen have transferred into the branch; these are the first start-to-finish enlistees of this nature to graduate, according to military officials.

Chief of Space Operations Gen. John W. "Jay" Raymond said the new members are headed to Sheppard Air Force Base and then Vandenberg Air Force Base for further training, as they continue teambuilding and learning skills necessary for the missions on which they'll operate.

Chief Gen. Raymond shared that San Antonio- which often stakes a claim as "Military City"- will continue to play a major role in training.

"San Antonio plays a big role in this," Gen. Raymond said. "Just like in the Air Force, we will rely heavily on Air Force training command to help us recruit, help us assess, do that initial training."

San Antonio is also in the running as a finalist for the new site of "Space Command," a division of the U.S. Space Force.

Gen. Raymond says the U.S. Space Force's role will include operating GPS satellites and missile warning satellites, operating radars and conducting launch operations. With many global networks and operations centered in space, he says protecting U.S. and allied assets is essential- and the branch will be charged with defending those assets.

"It has become a contested domain," Gen. Raymond said. "There’s threats from reversible jamming, directed energy, threats like lasers that can blind satellites, to missiles that can launch from the ground and destroy satellites, to cyber threats. As we are reliant on space capabilities, we strongly understand you can’t take those for granted anymore."

Hear more on the branch's mission below, and click here to learn more.

Chief Master Sgt. Roger A. Towberman, Senior Enlisted Advisor for U.S. Space Force, says the first enlistees were selected from a pool of highly qualified applicants, and that interest in the branch is high. He says qualifications to join the US Space Force are like those of the US Air Force, and that each applicant is interviewed before selection.