The deal to upgrade hundreds of the Navy's Super Hornets will strengthen national security and boost the local economy. 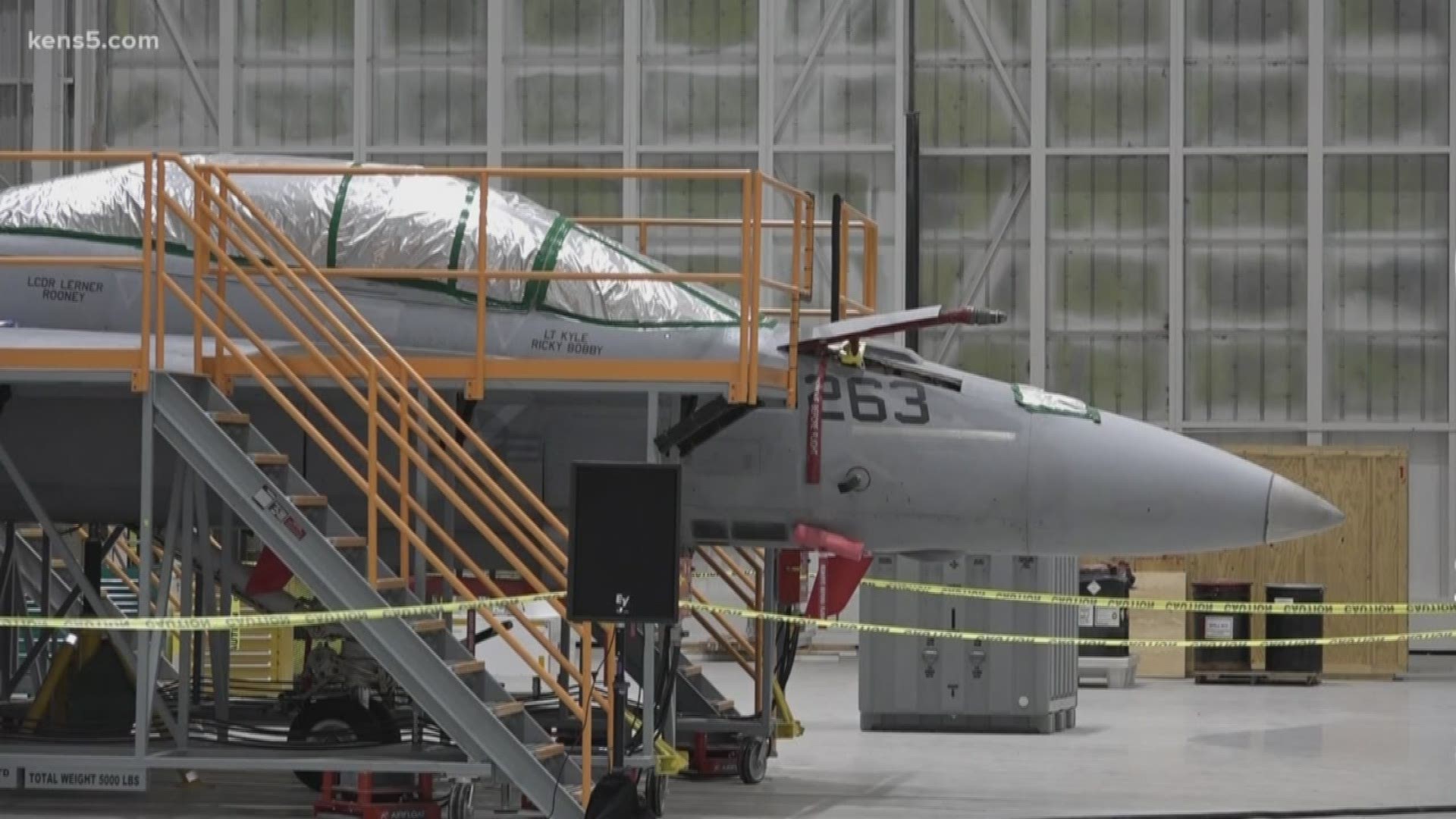 SAN ANTONIO — Boeing has secured a contract with the U.S. Navy to upgrade hundreds of its Super Hornet jets. The deal will bring up to 500 jobs in San Antonio.

Monday, Boeing celebrated its first jet inductions into the Service Life Modification program with a ribbon cutting event. The $164 million contract will repair the jets' exteriors and upgrade the computer systems. The company said it will take four of the jets this year. Eventually, they will fix up to 40 jets in the company facilities in San Antonio and St. Louis. Boeing will be updating the majority of the Super Hornets. It says the Navy fleet has more than 550 Super Hornets.

“It’ll take up to 10 years to work all the airplanes. We anticipate about 400 to 500 Super Hornets rolling through,” said Joe Galloway, San Antonio site leader of Boeing Global Services.

U.S. Senator John Cornyn and San Antonio Mayor Ron Nirenberg attended and spoke at the event. They shared the importance of the contract to both the San Antonio economy and the nation.

“The fact of the matter is, the world is still a very dangerous place. It’s important that the military is ready to fight the next fight,” Cornyn said.

“The F-18 is the backbone of the Navy fighter fleet. It’s currently making up 100% of the aircraft, on the aircraft carriers that do fighter attack missions,” said LTC John Thiessen with the U.S. Navy.

The upgraded jets will last for another 10,000 flight hours.

Hondo ISD students made to 'bear crawl' on hot asphalt

Waffle House coming to San Antonio - for one day only