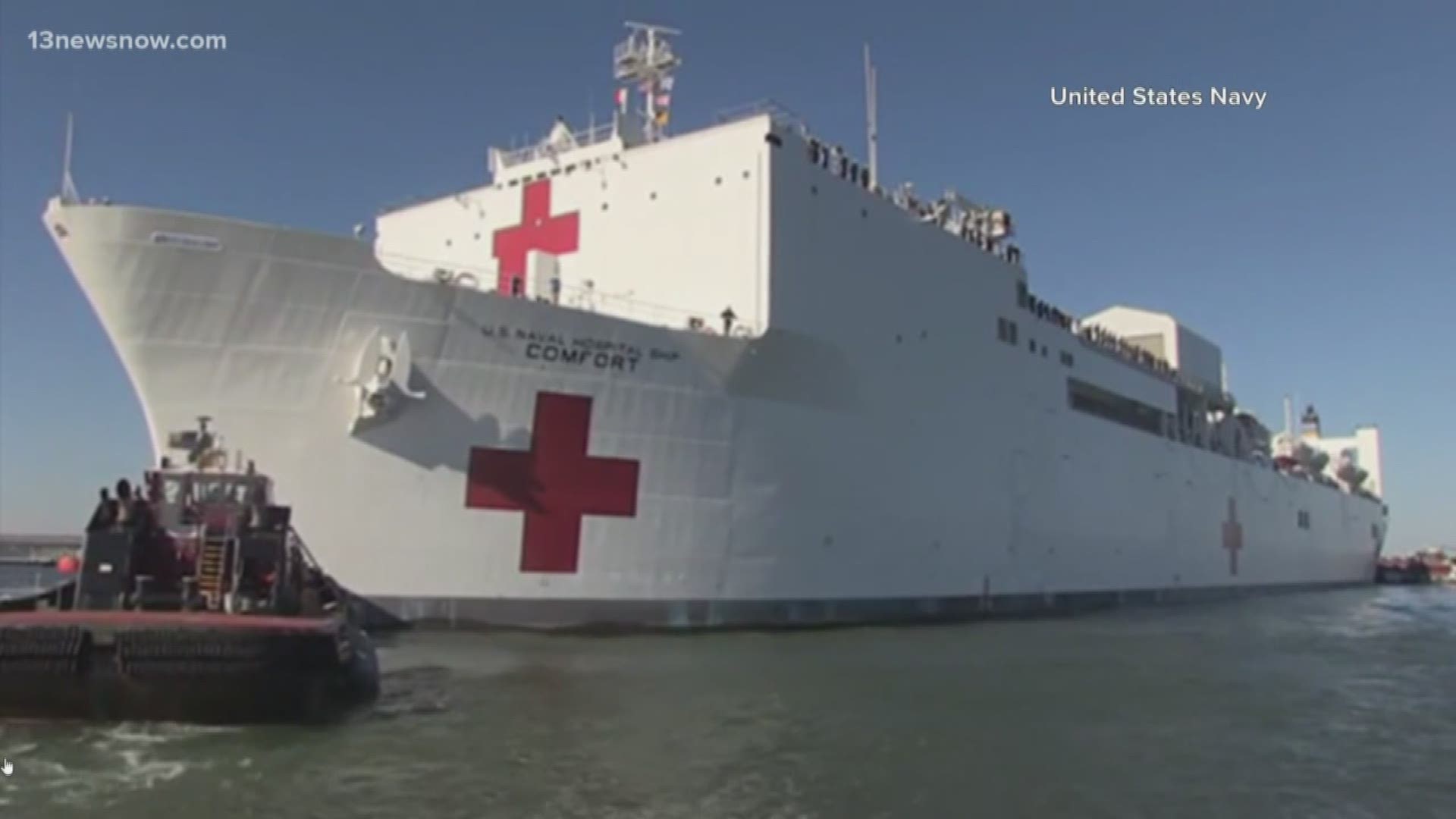 NORFOLK, Va. — The Newport News-built USS Theodore Roosevelt, currently en route to Guam, has experienced a spike in COVID-19 cases among the crew.

Acting Secretary of the Navy Thomas Modly said Thursday the number had jumped from the previously reported three sailors to eight sailors. Later in the day, ABC News reported that the number was 23.

"And we're already starting the process of testing 100 percent of the crew to make sure that we've got that contained," he said. "The sailors who have been flown off the ship are currently doing fine. None of them had to be hospitalized."

Overall, Modly said, the Navy is up to 133 cases of service members, family members and civilian employees who have tested positive for the coronavirus.

For the Marine Corps, Modly said, the number of positive cases is 44.

Meanwhile, it is now full speed ahead for the Navy Hospital Ship USNS Comfort, and its mission to bring 1,000 hospital beds to pandemic epicenter New York.

Department of Defense officials have said the Comfort would likely not be used to treat the coronavirus, but instead it would take on other medical procedures to free up space in New York area hospitals so they can deal with the virus.

"We've accelerated the plan for Comfort.," said Modly. "We had originally been looking at April 3rd. But, in all likelihood, she'll get underway this weekend, so hopefully, she'll be there in New York by the early part of next week."

Late Thursday, President Donald Trump said the Comfort would deploy on Saturday, and that he intends to travel to Norfolk to see the ship off.

As for how the virus is impacting military training, the Marine Corps' Commandant, General David Berger, said local commanders are doing what they can to maintain social distancing precautions while at the same time maintaining readiness.

"They've tailored it, but I think you expect your Marine Corps and Navy to be ready to go when called to do so, and that's what their responsibility is," he said.