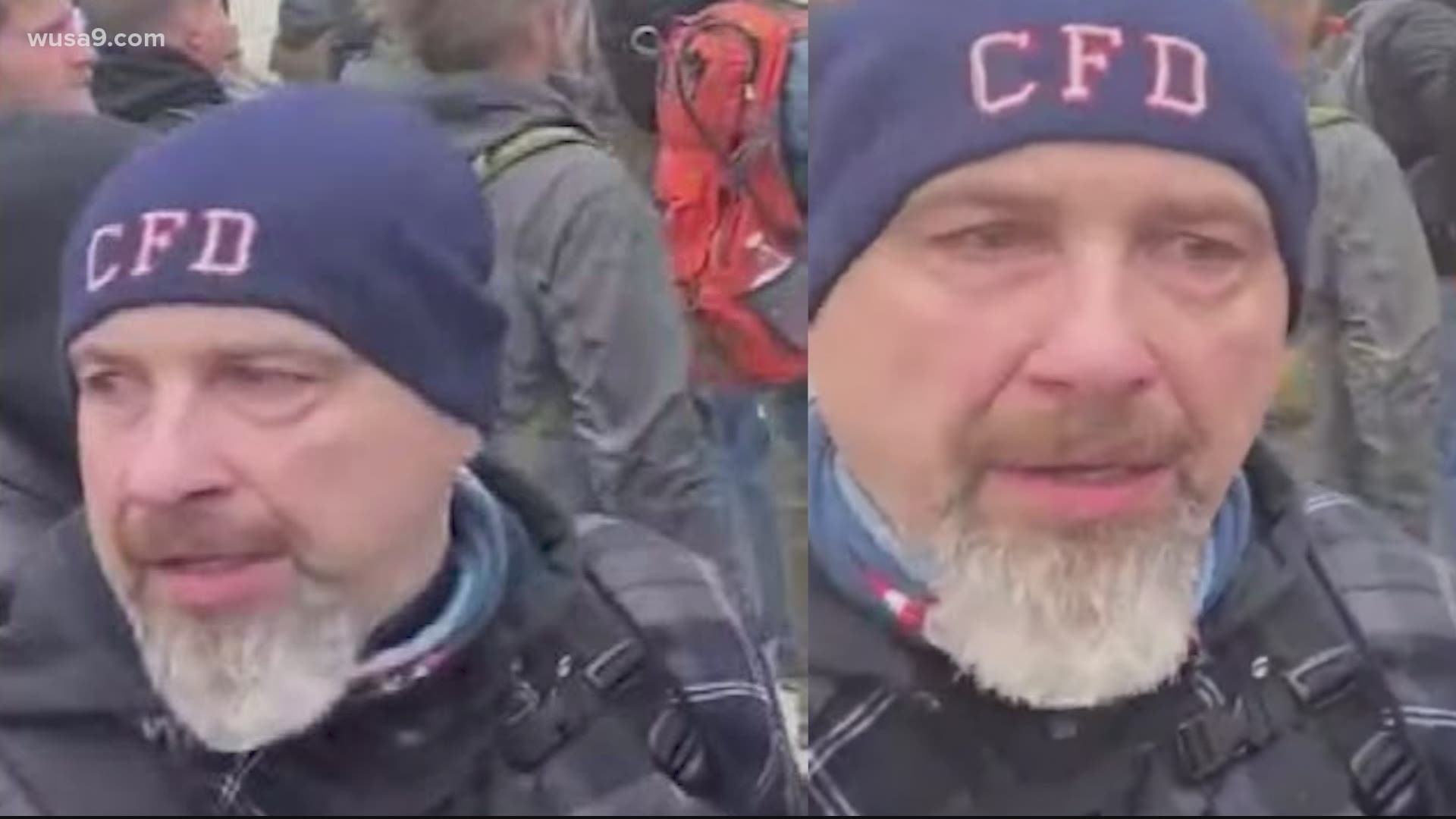 WASHINGTON — FBI agents arrested a retired Pennsylvania firefighter on multiple federal charges in connection with the Capitol riot last week, including a charge of assault for allegedly striking three officers with a fire extinguisher.

Robert Sanford, 55, of Boothwyn, Pennsylvania, was charged Wednesday in the U.S. District Court for the District of Columbia with knowingly entering a restricted building without lawful authority, disorderly conduct on Capitol grounds, civil disorder and assaulting, resisting or impeding officers while engaged in the performance of official duties.

According to a probable cause affidavit, Sanford, a recent retiree from the Chester Fire Department in Chester, Pennsylvania, was captured on video during the riot throwing an object – later determined to be a fire extinguisher – that struck three officers, one of whom was not wearing a helmet, in the head.

At about 1:40 seconds, you can see the alleged attack in this video:

The incident is believed to be separate from the blow to the head, also from a fire extinguisher, that led to the death of Capitol Police Officer Brian Sicknick.

Following the events at the Capitol last week, the FBI released photographs of a number of suspects, including a man in a blue “CFD” cap now identified as Sanford. According to the FBI, one of Sanford’s friends contacted the agency and reported that Sanford had confessed that he was the person the FBI was looking for.

According to the FBI, the friend said Sanford had gone with a group to the White House “and listened to President Donald J. Trump’s speech and then had followed the President’s instructions and gone to the Capitol.”

Sanford was taken into custody by federal agents in Pennsylvania on Thursday. He is one of at least 36 people now facing federal charges in connection with the Capitol riot, including Eric Gavelek Munchel, the man accused of bringing law enforcement-style flex cuffs into the Senate Chamber.

On Wednesday, 10 Republicans in the U.S. House of Representatives joined Democrats in impeaching President Donald Trump for his role in inciting the violence at the Capitol – making Trump the only president in U.S. history to be impeached twice.