'Now is our time in history where we have an opportunity to make a change' | Local coaches on race in America, Part 1

"It’s an important time in our country, and the world right now." 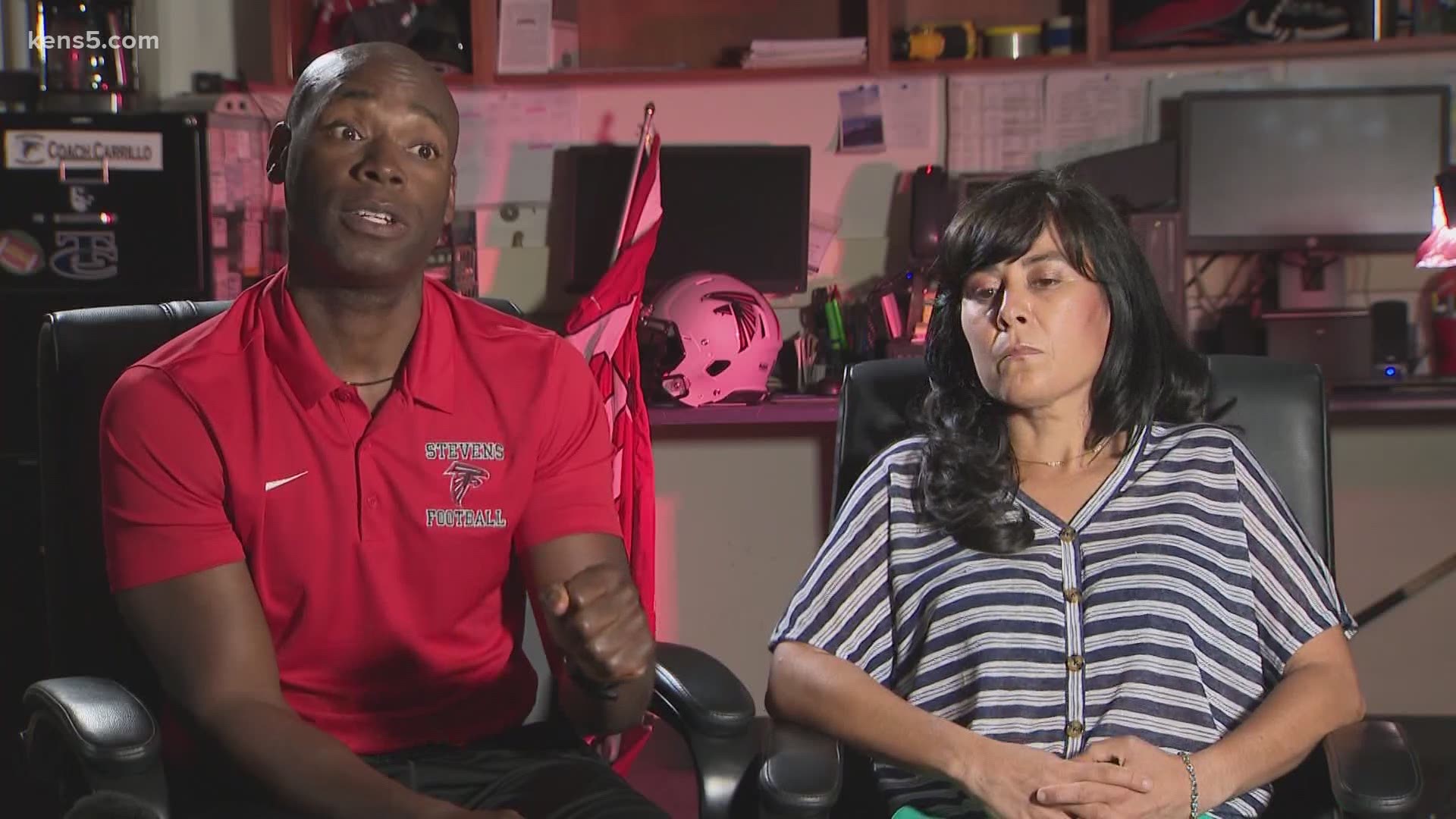 SAN ANTONIO — Note: This is the first in a seven-part series of conversations with Black San Antonio-area high school coaches and their wives about race in America, the impact of local protests nationwide and what they expect going forward.

Recently I had the opportunity to sit down with five Black area high school football coaches and their wives. With the recent events unfolding on San Antonio's streets and around the nation – specifically, demonstrations decrying structural racism and demanding change in the wake of more Black lives lost at the hands of police – we asked them if they would be willing to have an open and honest conversation about race in America, and they agreed.

The conversations were profound, important, and impactful as all of us work to move forward from the tragedy of George Floyd's killing in Minneapolis, and other places around the United States. The first conversation was about what they wanted to accomplish in the interview setting, and what impact the events of the last month have had on their lives.

"It’s an important time in our country, and the world right now, that each one of us use our platform to talk about the social justice and try to make the world a better place," said Stevens Falcons Head coach Anthony Boykin.

"Any positive impact or insight that we can get from a different perspective, I think it can help out people that might not understand what is actually going on," added Judson Rockets Head coach Rodney Williams.

"Given the opportunity, particularly as a Black man, (to) kind of share our experiences that we’ve had, and ask that people understand that everybody do their part, and move forward with human dignity for everybody," he said.

The recent events in our country, how heavy have they weighed on your heart as a Black man in America?

"Well, I thought this stuff was pretty much behind us, but it is like a bad disease, and it just won’t go away," said Brackenridge Head coach Willie Hall.

"I don’t understand how you can take a life, and no life should be taken,"  said Memorial Head coach Kemmie Lewis. "I know we talk about Black Lives Matter, but all lives matter, and I think that is one of those things that really affects me because what is next? Will I be next? Will I be the one that gets pulled over and shot down in the streets? How are my kids gonna see that?"

"In George Floyd’s case, where you actually got to witness through technology a man basically being murdered, and it is painful—I was angry, and I still feel a sense of anger," Boykin said.

"Until you can walk, and it is hard for someone who is not Black to really understand because you’ve never been in that situation," Williams added. "You’ve never had to walk in a place and people look at you, like, 'Oh gosh, who is this?' So when it all happened I was like, 'Hmmm, OK, now it is kind of getting out there that things aren’t really that fair right now, and haven’t been for a while,'" Williams added.

"Now is our time in history where we have an opportunity to make a turn, to make a change," Boykin said. "And for everybody to come together and acknowledge that these things are happening."