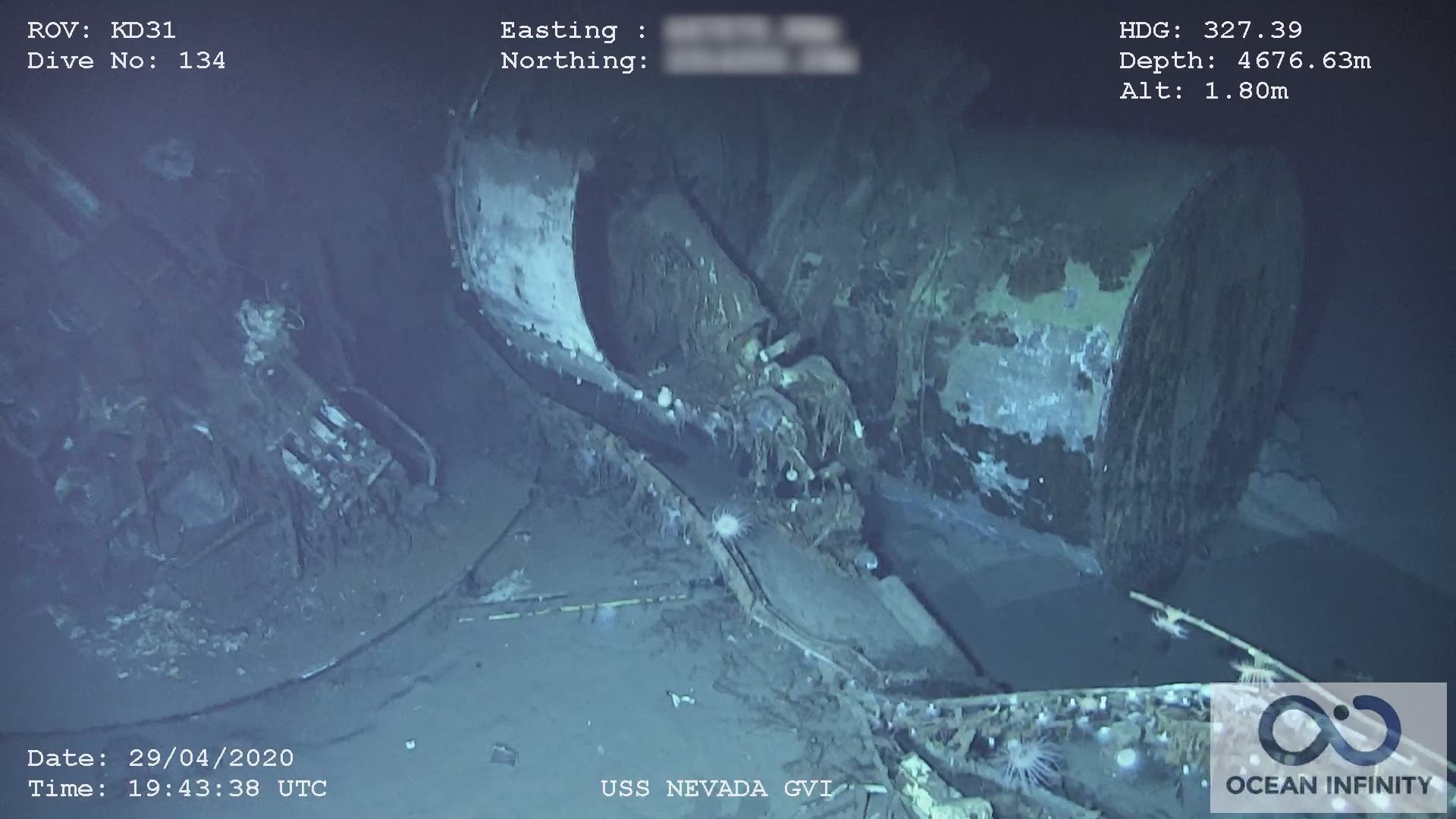 WASHINGTON — The wreckage of an iconic U.S. battleship, which made it through World War I, Pearl Harbor, World War II and atomic bomb testing, has been discovered in the Pacific Ocean.

The ship was located 65 nautical miles southwest of Pearl Harbor and more than 15,000 feet below the surface, according to marine robotics company Ocean Infinity, which led the mission.

The USS Nevada had some astonishing experiences and accomplishments during its nearly four decades of military service.

It launched in 1914 and escorted the ocean liner George Washington, which carried president Woodrow Wilson as he traveled to attend the Paris Peace Conference at the end of World War I.

The Nevada was the only battleship during the 1941 attack on Pearl Harbor to get underway, but was later sunk in shallow waters after being struck by five bombs. The ship lost 60 of its 1,500-member crew in the attack and 109 were wounded, but the quick-thinking crew members were able to ground the vessel, stopping it from sinking completely.

Seaman Second Class Charles T. Sehe told the Associated Press in 2015 about his experiences aboard the vessel during that day saying, “We got hit by eight bombs, but still got underway — the only battleship to get underway."

The ship was later salvaged and rejoined military service to sail to the UK for D-Day landings, according to Ocean Infinity. The ship then sailed to Iwo Jima in 1945 and played an important role in the invasion of Okinawa. It was then assigned as a target ship for the Bikini atomic experiments of 1946, and was still able to survive. In 1948, the USS Nevada was finally sunk by an aerial torpedo.

Retired Rear Admiral Samuel Cox, Director of the Naval History and Heritage Command, called the Nevada an "unambiguous reminder of our Navy's heritage of resilience."

"USS Nevada serves a reminder that our sailors have a long, terrific tradition; her fighting spirit proved the U.S. Navy remains tough in difficult times. When the circumstances appear to be at their worst, our Navy remains at their best,” he said.

Credit: Ocean Infinty
The wreckage of the USS Nevada, one of the US Navy's longest-serving battleships, was recently discovered 65 nautical miles southwest of Pearl Harbor.

Ocean Infinity worked alongside SEARCH, Inc., who are known as the largest land and sea archaeology firm in the United States. The mission was one of a number of missions in the Pacific in the early part of 2020, before the coronavirus pandemic hit the global population hard.

RELATED: USS Theodore Roosevelt prepares to go back to sea after virus outbreak