Our sister station in San Diego, KMFB, spoke with 35-year-old Ashli Babbit's husband, Aaron, who said videos he’s seen of the woman who was shot is his wife. 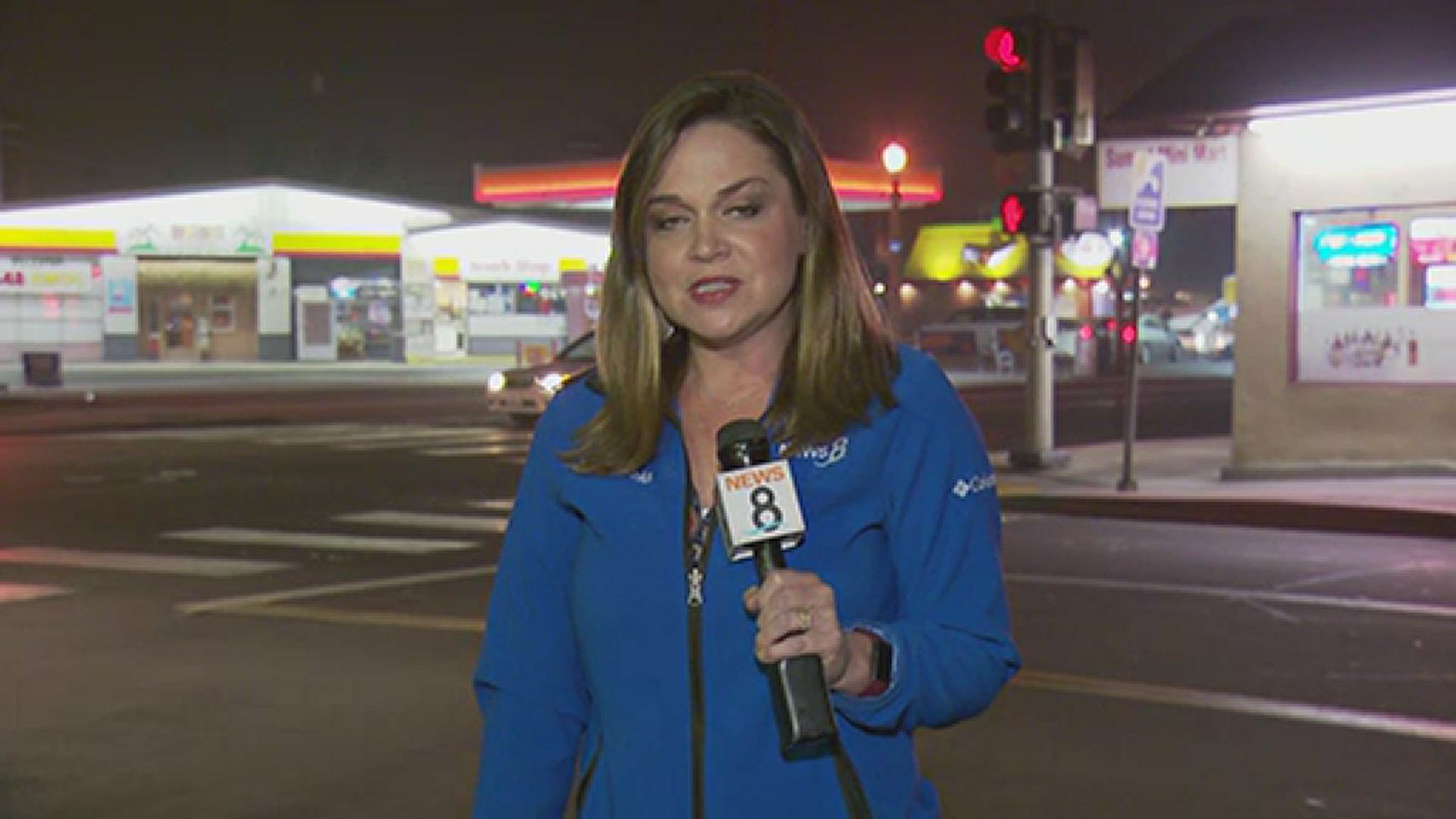 A woman was shot and killed Wednesday afternoon inside the U.S. Capitol building as Trump supporters tried to break into the House Chamber.

DC's Mayor Muriel Bowser and DC Police Chief Robert Contee III said that as the rioters tried to gain access to the House Chamber after breaking into the U.S. Capitol building, a plain-clothed US Capitol Police officer fired one shot, striking a woman. She was transported to a hospital where she was pronounced dead.

Her husband said Ashli went to D.C. by herself and he was supposed to pick her up from the airport on Friday. He tells KFMB that Ashli served in the U.S. Air Force for several years. The two met in D.C. back when Ashli was in the National Guard.

Contee said his department will review the shooting and shared condolences for Babbit's family.

"This is a tragic incident. And I send my condolences to the victim's family and friends" said DC Police Chief Contee.

The shooting came amid a historic riot in which Trump supporters who came from a rally to protest unfounded claims of election fraud took over the entrances to the U.S. Capitol building, forced their way inside, making it as far as the House Chambers where minutes earlier, Congress had been voting to certify the electoral college results that showed Joe Biden was to be the next President.

US Park Police, DC Police and National Guard troops worked to move Trump supporters and rioters out of the building and off the grounds after several hours of occupation.

Tear gas and percussion grenades were deployed by police around the Capitol to move back rioters, according to the Associated Press.

"The behavior we are witnessing is shameful unpatriotic and above all it is unlawful. Anyone who engages in these activities, continues to engage in these activities will be held accountable," said Bowser in a news conference Wednesday afternoon.

A photo from CBS News' Zak Hudak shows law enforcement with guns drawn inside the House Chamber around 2:46 p.m after rioters broke into the US Capitol Building.

U.S. Capitol Police ordered the Capitol locked down around 2:30 p.m. on Wednesday and evacuations of two nearby Capitol campus buildings — the Library of Congress James Madison Memorial Building and the Cannon House Office Building — as protests raged at the Capitol complex.

This all came shortly after President Trump addressed his supporters vowing "never to concede" the election in a speech on the Ellipse, prompting large crowds of Trump supporters to march to the U.S. Capitol and squared off with Capitol Police. Protesters broke through several barriers placed at the steps of Capitol, while the certification of Electoral College votes began inside.

DC Police Chief Contee said that a call was made around 1 p.m. to his department by other law enforcement agencies at the Capitol that additional officers were needed amid large groups of Trump supporters gathered.

In a press conference late Wednesday, DC Police Chief Contee and Mayor Bowser were asked about the response by DC Police, and if the department met the duties it was assigned to do.

"As far as the Metropolitan Police Department's response (Wednesday) I'm very comfortable with that," said DC Police Chief Contee. "I think we'll all (law enforcement agencies and DC officials) look back to examine the different plans that were in place -- the coordination, what US Capitol Police plans were."

Contee said that multiple law enforcement agencies were in communication prior to Wednesday's chaos and that an agreement was made to respond to one another needs if help was necessary during protests and riots.

When asked about his department using restraint in making arrests in the Capitol breach, compared to more arrests announced during protests over the summer, Contee expressed that comparing the two is difficult because of the tasks at hand on Wednesday to help fellow law enforcement agencies at the US Capitol Building.

Contee added that arrests were made starting at the Capitol Building and moving into the streets in downtown DC.

Bowser said at the end of her news conference that DC Police will send out Be On the Look Out alerts (BOLO) for some of the people that breached the US Capitol Building.