Why is Eric Swalwell wearing an orange ribbon at the debate?

Google Trends noted there was a 3,800% spike in online searches for 'Orange Ribbon' after a presidential hopeful wore one at Thursday's debate. 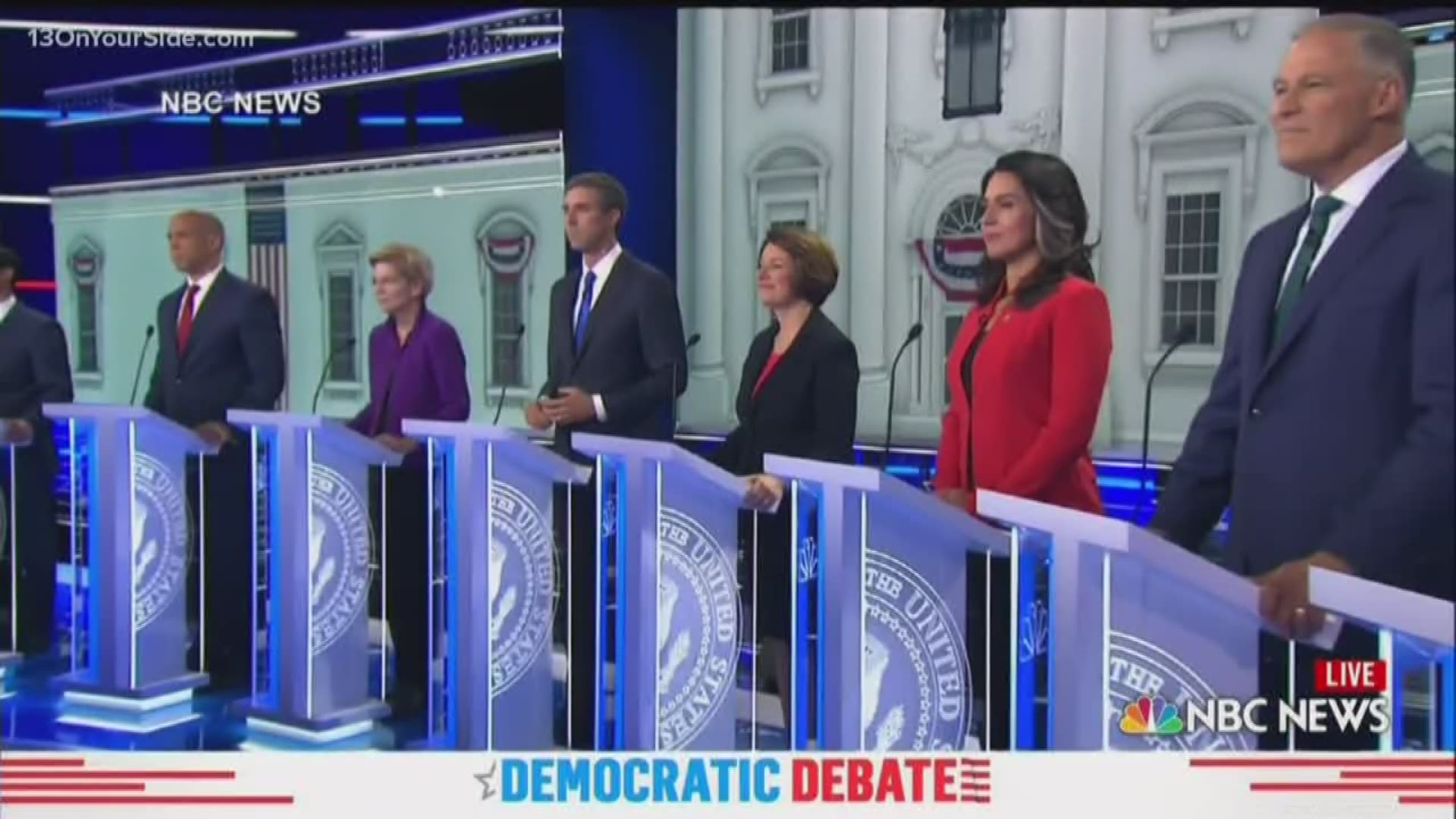 Online searches over the orange ribbon that California Congressman Eric Swalwell was wearing at the Democratic debate were surging as the presidential candidates faced off in Miami.

The U.S. representative wore the ribbon to honor the life of 14-year-old Jaime Guttenberg, who was one of 17 who were killed in the mass shooting last year at Marjory Stoneman Douglas High School in Parkland, Florida.

Jaime's father, Fred, was also a guest of Swalwell at the debate.

Google Trends noted a 3,800% spike in searches for "Orange Ribbon" once the debate began.

Swalwell has made gun reform one of his signature issues in his campaign for the White House. He also wore a matching orange tie to the debate.

The 38-year-old also mentioned the Parkland shooting and other sites of gun violence during the debate, saying that taking on the issue would be his first order of business if he became president.

“I’m the only candidate on this stage calling for a ban and buyback,” he added of barring assault style weapons.

His remarks at the debate also drew praise from Parkland survivor David Hogg.