TShane Johnson set the world record for the fastest mile with a 100-pound pack at the Old Dominion University football game. His time was about 13 minutes. 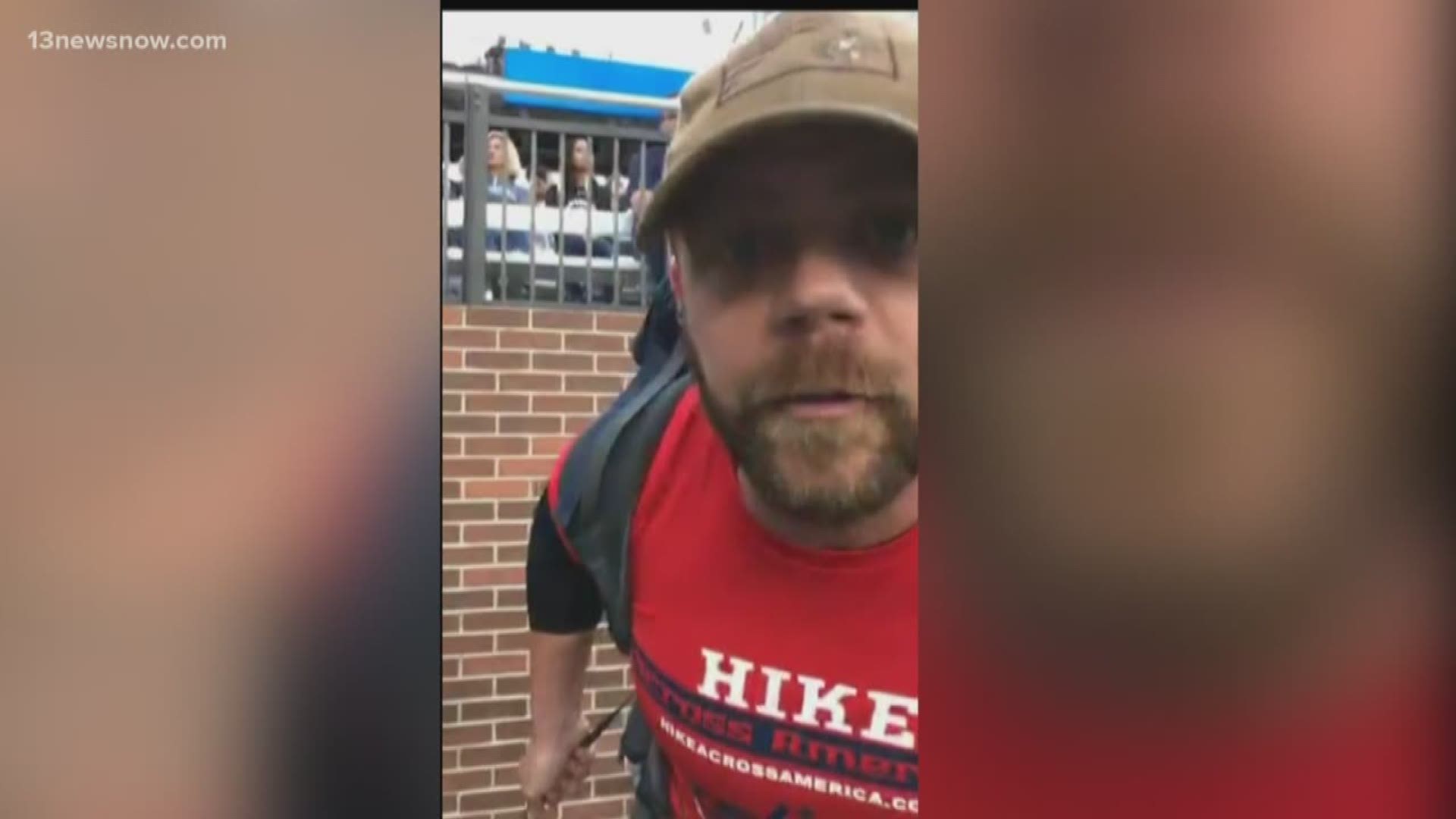 During the game, he set the world record for the fastest one-mile while carrying a 100-pound pack. His mile time with the 100-pound pack was about 13 minutes.

Johnson is a Marine Corps veteran who is hiking from Ground Zero to Florida to raise awareness about veteran suicide.

The hike is 1,100 miles and its part of his fourth "Hike Around America" tour.

He travels 22 miles every day. the number is significant because studies show 22 veterans die by suicide every day.

RELATED: Defense Secretary vows branches will continue to fight suicide in the ranks

His goal is to change the narrative about veterans.

“Why is it we’re perceived in a light of weakness, when we are the strength?” said Johnson. “You’re aggressive, you’re frustrated, you think that the world hates you.”

Johnson said after leaving the military, veterans, like him, can lose a sense of dignity and struggle.

“I think the biggest reason why we fail when we get out is the lack of true leadership,” he explained. “We’ve got to establish ourselves as strong pillars in the community, in the veteran’s side, to support the civilians.”

Another part of Johnson's tour is so veterans can hear examples of other veterans succeeding as civilians.