US Rhodes Scholars chosen virtually for first time, include 22 students of color

The Rhodes Trust has announced the 32 winners, who include 17 women and a nonbinary person, to study at Oxford University in England next year. 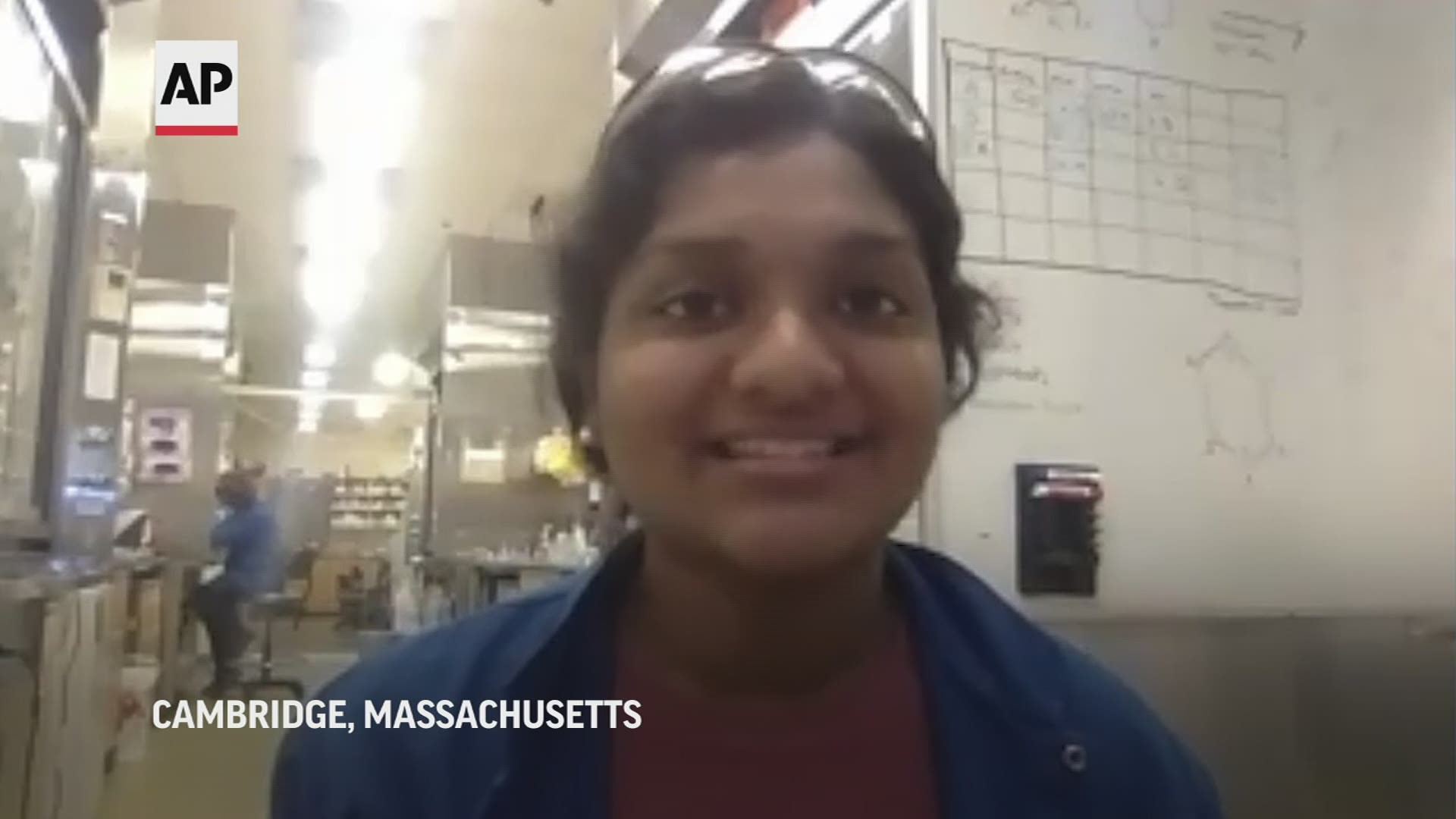 The U.S. Rhodes Scholars for 2021 were elected virtually this year for the first time as the coronavirus pandemic swept across the globe, though that didn't extinguish enthusiasm among the 32 students who won scholarships to Oxford University.

The Rhodes Trust announced the winners early Sunday, which include 22 students of color. Ten are Black, which ties the record for the most Black students elected in a single year.

Shera Avi-Yonah, a 22-year-old Harvard University student, said she found out about her win Saturday night while she was sitting in her parents' basement in Lincoln, Massachusetts.

“A wave of gratitude washed over me,” Avi-Yonah said, adding that she ran upstairs to tell her parents. “I’m going to have a very happy Thanksgiving.”

The winners were chosen from a pool of more than 2,300 applicants — of which 953 were endorsed by 288 different colleges and universities to study at Oxford University in England.

Avi-Yonah is planning to study history at Oxford, comparing the libel laws of the U.S. and United Kingdom. She is a reporter at the Harvard Crimson, the campus newspaper, and has been the subject of several lawsuits for various stories -- prompting her interest in the limits of press freedom.

Sixteen committees from the Rhodes Trust invited the strongest applicants to interview virtually. The committees then made their selection of two students from each district.

Asma Rahimyar, a 20-year-old senior at Southern Connecticut State University, is the first-ever Rhodes winner from that institution. The University of California, Santa Cruz was also represented on the list of Rhodes Scholars for the first time.

The daughter of parents who emigrated from Afghanistan, Rahimyar was raised in Trumbull, Connecticut and grew up listening to her parents’ stories of war-torn Kabul. She hopes to earn two master’s degrees, one in forced migration and refugee studies and one in global governance and diplomacy, with an eye toward a career in international human rights law.

Rahimyar said she was still marveling at having won the scholarship 24 hours after getting the call. “It’s all still very new and very surreal to me,” she said.

Hattie Seten, a senior at South Dakota State University, was the first Rhodes Scholar from her university in 68 years. She said she wasn't sure “if I would fit what a Rhodes Scholar looks like" and felt some apprehension about applying from a public university in a mostly rural area.

But she focused her application on what she called “a strong moral sense of character" and highlighted the leadership she had taken on campus, including navigating the coronavirus pandemic.

Credit: AP
FILE - In this Nov. 2019 photo provided by Mila Dorji, Rhodes Scholar Brian Reyes poses for a photo on Yale’s campus in New Haven, Conn. Reyes, a history major at Yale University from the Bronx, is the son of immigrants from the Dominican Republic. He is a student counselor who has been living on campus this school year and taking his classes online. He is planning on a two-year degree program in comparative social policy and a career in government or the nonprofit sector. (Mila Dorji via AP)

When the selection committee named her one of the scholarship recipients on a Zoom meeting, she said, “I was so surprised, I started crying. I would have never expected something like this.”

The winners include 17 women, 14 men and one nonbinary person.

Scholarship-winners expressed incredulity at hearing they would be Rhodes Scholars, a distinction that has launched the careers of famous politicians, academics, scientists and journalists.

“I think I’m still in shock,” said Brian Reyes, 21, of the Bronx. “It’s nice to actually see my name on the Rhodes website and have it confirmed that it’s real."

Reyes, a history major at Yale University, is the son of immigrants from the Dominican Republic. He is a student counselor who has been living on campus this school year and taking his classes online. He is planning on a two-year degree program in comparative social policy and a career in government or the nonprofit sector.

For many students, the pandemic has given new urgency to their research and career goals. Amytess Girgis, a University of Michigan student in Ann Arbor, is writing an honors thesis on informal community aid groups that formed in Detroit.

She said there’s a disconnect between how political candidates operate, with so much time spent raising money for example, and people’s needs, particularly in low-income communities or for people of color.

Scholarship-winner Vijayasundaram Ramasamy has spent the last months as a policy advisor in the Kansas governor’s office, helping draft that state’s reopening plan during the coronavirus pandemic. The experience has given the 2018 Johns Hopkins University graduate a passion for public service through government, and he plans to pursue a master’s degree in public policy and a master’s in social policy.

But for the moment, he enjoyed how the virtual format gave him a chance to celebrate with his family.

“It’s actually kind of the silver lining of COVID. I was at home and my whole family was here -- both of my brothers, my nieces -- and we were all in one room together when they made the announcement,” Ramasamy said. “Coming from an immigrant family who came to the United States, being with them when it was announced was absolutely surreal."