President Trump visits the Texas border Thursday amid a stalemate with Democrats and the threat of a national emergency declaration. 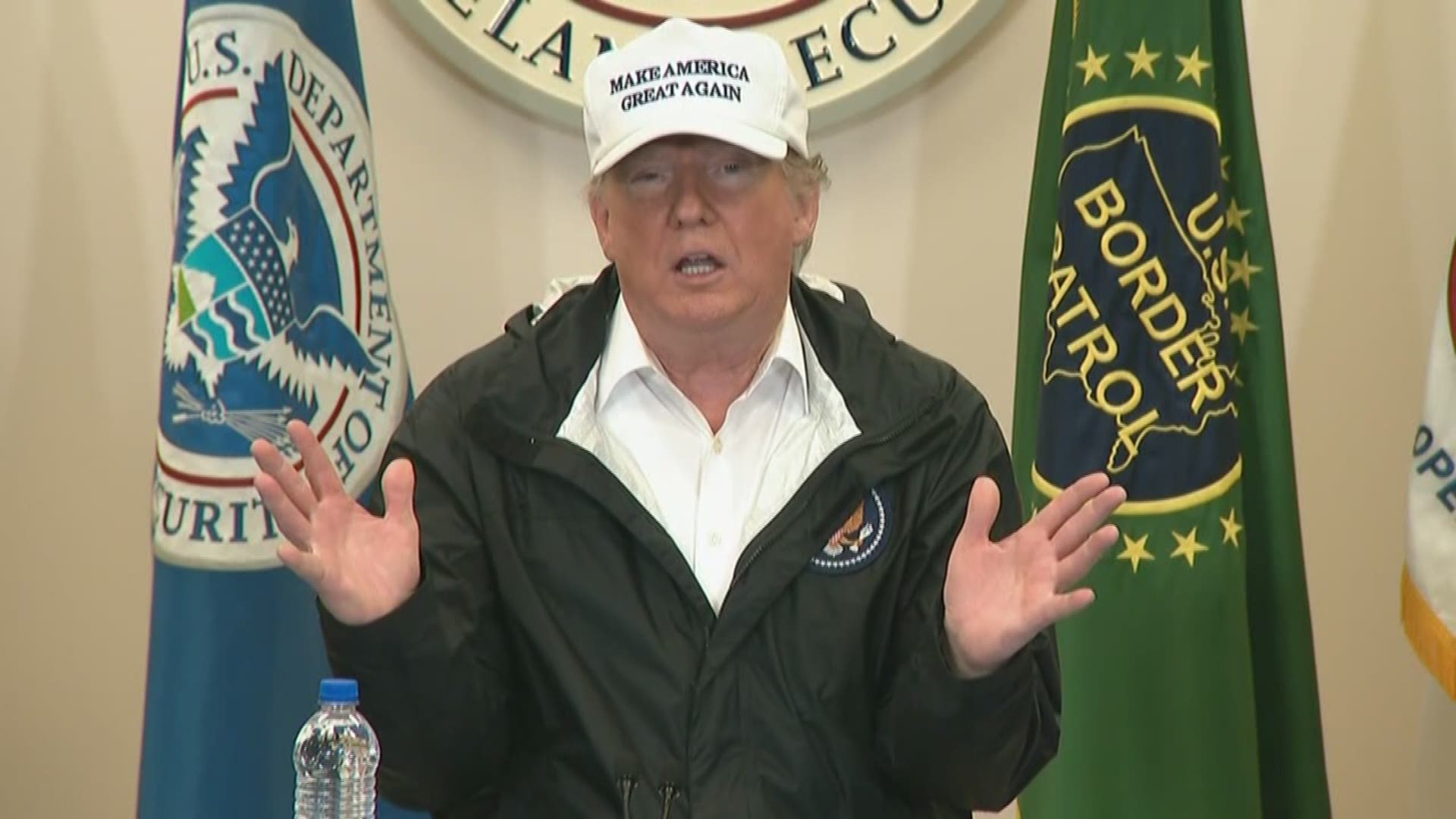 President Donald Trump threatened on Thursday to declare a national emergency to circumvent Congress if he can't reach a deal with Democrats to fund his promised border wall. He arrived at the U.S.-Mexico border to draw further attention to his case after negotiations with lawmakers blew up.

The partial government shutdown dragged into a 20th day with hundreds of thousands of federal workers off the job or working without pay as the wall fight persisted.

Asked about a national emergency declaration, Trump said as he left the White House for Texas, "I'm not prepared to do that yet, but if I have to I will." He contends such a declaration would allow him to direct the military to begin wall construction.

"So we're either going to have a win, make a compromise —because I think a compromise is a win for everybody— or I will declare a national emergency," he said.

In perhaps an ominous sign for those seeking a swift end to the showdown, Trump announced he is canceling his trip to Davos, Switzerland later this month, citing Democrats' "intransigence" on border security. He was scheduled to leave Jan. 21 to attend the World Economic Forum.

It's not clear what a compromise might entail. Trump says he won't reopen the government without money for the wall. Democrats say they favor measures to bolster border security but oppose the long, impregnable walling that Trump envisions. He is asking $5.7 billion for wall construction.

Trump's comments came a day after he walked out of a negotiating meeting with congressional leaders — "I said bye-bye," he tweeted soon after — as efforts to reopen the government fell into deeper disarray. Affected federal workers face lost paychecks on Friday, and more people are touched every day by the rollback of government services.

In McAllen, Texas, Trump will visit a border patrol station for a roundtable discussion on immigration and border security and will get a briefing. But he has expressed his own doubts that his appearance and remarks will change any minds as he seeks money for the wall that's been his signature promise since his presidential campaign.

McAllen is located in the Rio Grande Valley, the busiest part of the border for illegal border crossings.

Several hundred protesters were chanting and waving signs opposing a border wall next to the South Texas airport where Trump was set to arrive. Across the street, a smaller group of protesters shouted back, chanting, "Build that wall!"

And in Washington, federal workers denounced Trump at a rally with congressional Democrats, demanding he reopen the government so they can get back to work and receive their paychecks.

Putting the standoff in personal terms, the president tweeted before leaving for Texas: "The Opposition Party & the Dems know we must have Strong Border Security, but don't want to give 'Trump' another one of many wins!"

Speaker of the House Nancy Pelosi fired back in a press conference Thursday, accusing the president of engaging in political games to fire up his base.

"I think the meeting was a set-up so he could walk out," she said.

The White House meeting in the Situation Room ended after just 14 minutes. Democrats said they asked Trump to reopen the government but he told them if he did they wouldn't give him money for the wall. Republicans said Trump posed a direct question to Pelosi: If he opened the government, would she fund the wall? She said no.

Senate Democratic leader Chuck Schumer said Trump slammed his hand on the table. But Trump, who handed out candy at the start of the meeting, disputed that characterization. He said he "didn't smash the table" but "should have."

One result was certain: The shutdown plunged into uncharted territory with no endgame in sight. On Saturday, Washington appears certain to set an ignominious record for the longest government shutdown in the nation's history.

The Democrats see the idea of the long wall as ineffective and even immoral. Trump sees it as an absolute necessity to stop what he calls a crisis of illegal immigration, drug-smuggling and human trafficking at the border.

Trump says Republicans are "very unified," but GOP senators have been publicly uneasy as the standoff ripples across the lives of Americans and interrupts the economy.

He has discussed the possibility of a sweeping immigration compromise with Democrats to protect some immigrants from deportation but provided no clear strategy or timeline for resolving the standoff, according to senators who attended a private lunch with him Wednesday.

There's growing concern about the toll the shutdown is taking on everyday Americans, including disruptions in payments to farmers and trouble for home buyers who are seeking government-backed mortgage loans — "serious stuff," according to Sen. John Thune of South Dakota, the No. 2 Senate Republican.

Some Republicans were concerned about Trump's talk of declaring a national emergency at the border, seeing that as unprecedented interference with the right of Congress to allocate funding except in the most dire circumstances.

"I prefer that we get this resolved the old-fashioned way," Thune said.