Trump picks budget head Mulvaney to be next chief of staff 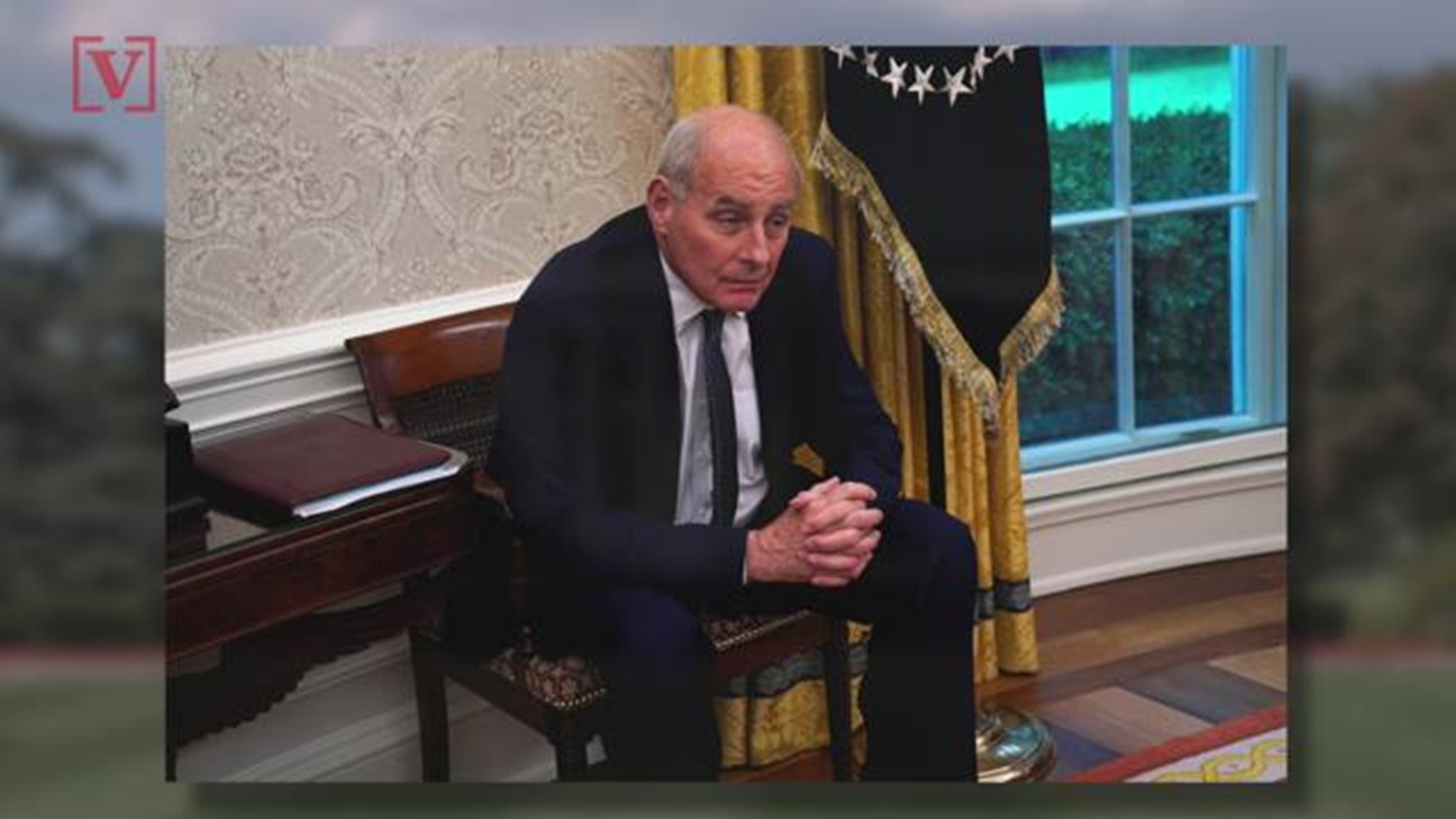 WASHINGTON (AP) — President Donald Trump on Friday picked budget director Mick Mulvaney to be his acting chief of staff, ending a chaotic search in which several top contenders took themselves out of contention for the job.

"Mick has done an outstanding job while in the Administration," Trump tweeted. "I look forward to working with him in this new capacity as we continue to MAKE AMERICA GREAT AGAIN!"

Trump added that his current chief of staff, John Kelly, "will be staying until the end of the year. He is a GREAT PATRIOT and I want to personally thank him for his service!"

One senior White House official said there was no time limit on the appointment and that Mulvaney would fill the role of chief of staff indefinitely, regardless of the "acting" title.

Key to his selection: Mulvaney and the president get along and Trump has appreciated how the budget director briefs him, according to the official. Additionally, Trump prized the former congressman's knowledge of Capitol Hill and political instincts as the White House prepares for both a Democratic-controlled House and the president's upcoming re-election campaign.

Unlike with Kelly's appointment, Mulvaney received the news before the president tweeted his announcement. Trump and Mulvaney met face to face Friday afternoon and spoke by phone in the evening, according to a second White House official. Both officials spoke on condition of anonymity because they were not authorized to discuss the personnel matter on the record.

Mulvaney, who will be Trump's third chief of staff, will now take on his third job in the administration. He is head of the Office of Management and Budget, and for a time had simultaneously led the Consumer Financial Protection Bureau. Russell Vought, Mulvaney's deputy, is to take over at OMB.

The first senior official disputed reports that Mulvaney wasn't interested in the chief of staff job and said the president didn't need to change Mulvaney's mind, though the budget director had previously signaled disinterest. A person close to him had told reporters that Mulvaney had made clear in recent months that he would be more interested in taking over at the Treasury or Commerce Department.

It was unclear why Mulvaney's appointment was announced as temporary — but that decision was made by the president, the first official said. The source added that Kelly was happy with the choice of Mulvaney and plans to stay on through the end of the year to assist with the transition.

A former Tea Party congressman, Mulvaney was among a faction on the hard right that pushed GOP leaders into a 2013 government shutdown confrontation by insisting on lacing a must-pass spending bill with provisions designed to cripple President Barack Obama's signature health care law.

The appointment of the affable, fast-talking South Carolinian came just hours after another candidate for the post, former New Jersey Gov. Chris Christie, took himself out of contention for the job. Christie cited family reasons in a statement saying that he was asking Trump to remove him from consideration. He had met with Trump on Thursday to discuss the job, according to a person familiar with the meeting who was not authorized to discuss it publicly.

The president's hunt for a new chief reverted to square one last weekend when Nick Ayers, Vice President Mike Pence's chief of staff, took himself out of the running and decided that he would instead leave the White House.

Ayers, who had cited family concerns as a reason why he didn't accept the post, tweeted Friday: "The right father of triplets got the job...Congratulations @MickMulvaneyOMB!" Both men are, coincidentally, fathers of triplets.

Trump's first chief of staff, Reince Priebus, served for six months before leaving in July 2017. Trump tweeted his choice of Kelly to replace him before informing the retired four-star Marine general.

For some months, Kelly had success streamlining the decision-making process in the West Wing and curtailing access to the undisciplined president. But Trump grew weary of the restrictions and Kelly's influence waned as the two men frequently clashed.

As the search dragged on after Ayers bowed out, the void had been filled with Trump's specialty: drama.

British journalist Piers Morgan suggested he would be a good fit in an op-ed for "The Daily Mail," while former major league slugger Jose Canseco tweeted his interest to Trump. Speculation has swirled around an array of Trump associates, prompting some to distance themselves from the job.

When former House Speaker Newt Gingrich visited the White House this week, he insisted it was merely to see the Christmas decorations.

The wild process was hardly a novelty for the Trump administration, which has struggled with high staff turnover and attracting top talent, but it underscored the tumult of Trump's Washington. In past administrations, chief of staff was a sought-after job, typically awarded after a careful process. Now, many view the job as a risky proposition, given Trump's propensity for disorder and his resistance to being managed.

Author Chris Whipple, an expert on chiefs of staff, had called the search process "sad to watch."

"In his first two years, Trump devalued the position by failing to empower anyone to perform the job, and now he's turned the search for a replacement into a reality show," said Whipple, author of "The Gatekeepers," a book on the subject. "The only thing more broken and dysfunctional than the White House itself seems to be the search for the new White House chief of staff."