Former President Trump is set to stand trial in the Senate on a charge that he incited his supporters to storm Congress on Jan. 6 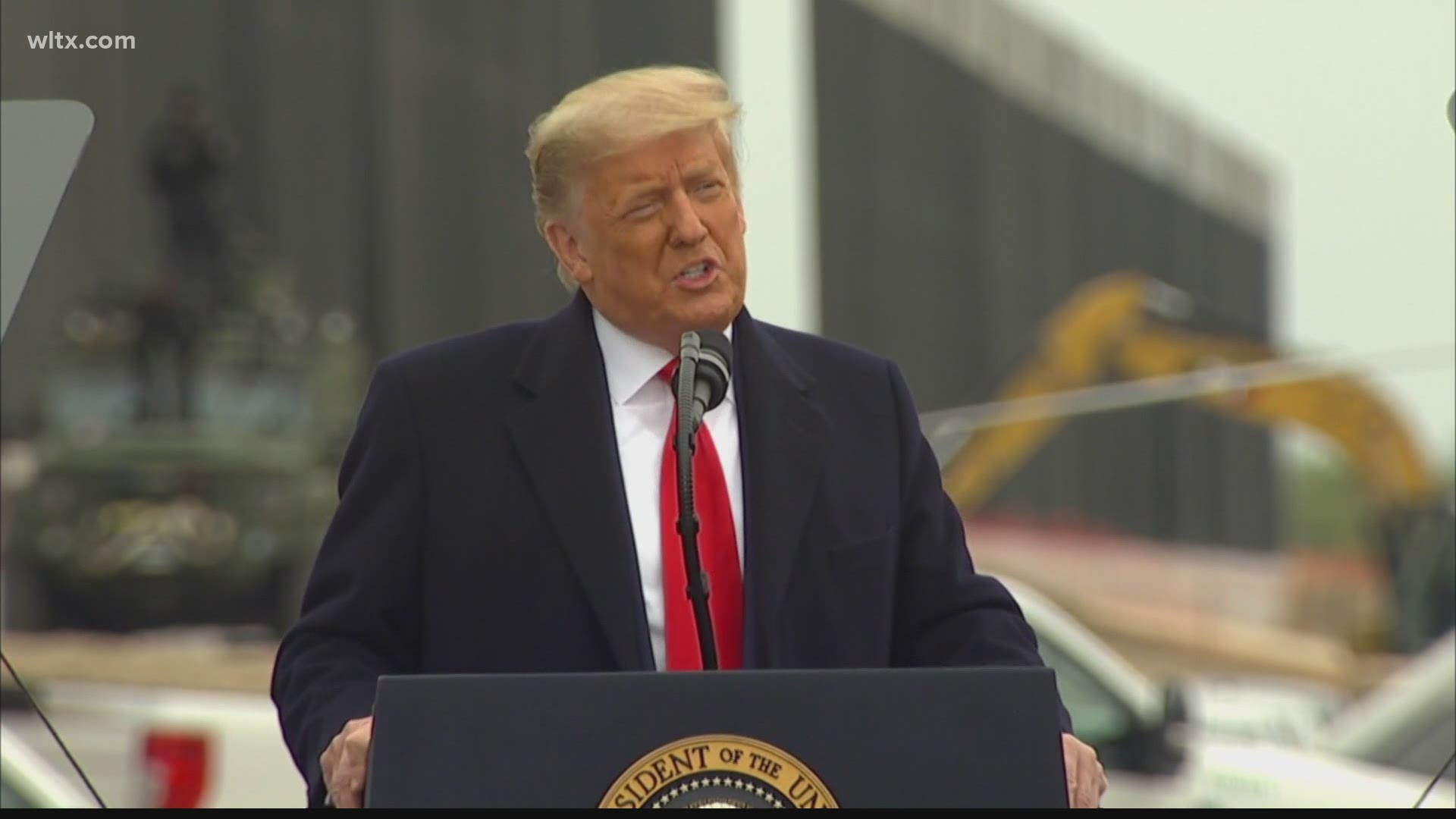 WASHINGTON — Former president Donald Trump announced a new impeachment legal defense team Sunday, one day after it was revealed that he had parted ways with an earlier set of attorneys with just over a week to go before his Senate trial.

The two representing Trump will be defense lawyer David Schoen, a frequent television legal commentator, and Bruce Castor, a former district attorney in Pennsylvania who has faced criticism for his decision to not charge actor Bill Cosby in a sex crimes case.

Both attorneys issued statements through Trump's office saying that they were honored to take the job.

“The strength of our Constitution is about to be tested like never before in our history. It is strong and resilient. A document written for the ages, and it will triumph over partisanship yet again, and always,” said Castor, who served as district attorney for Montgomery County, outside of Philadelphia, from 2000 to 2008.

The announcement Sunday was intended to promote a sense of stability surrounding the Trump defense team as his impeachment trial nears. The former president has struggled to hire and retain attorneys willing to represent him against charges that he incited the deadly riot at the U.S. Capitol, which happened when a mob of loyalists stormed Congress as lawmakers met Jan. 6 to certify Joe Biden's electoral victory.

That's a contrast from his first impeachment trial, when Trump's high-profile team of attorneys included Alan Dershowitz, one of the best-known criminal defense lawyers in the country, as well as White House counsel Pat Cipollone, and Jay Sekulow, who has argued cases before the Supreme Court.

Trump’s team had initially announced that Butch Bowers, a South Carolina lawyer, would lead his legal team after an introduction from Republican Sen. Lindsey Graham. But that team unraveled over the weekend due to differences over legal strategy.

One person familiar with their thinking said Bowers and another South Carolina lawyer, Deborah Barbier, left the team because Trump wanted them to use a defense that relied on allegations of election fraud, and the lawyers were not willing to do so. The person was not authorized to speak publicly about the situation and requested anonymity.

Republicans and aides to Trump, the first president to be impeached twice in American history, have made clear that they intend to make a simple argument in the trial: Trump’s trial, scheduled for the week of Feb. 8, is unconstitutional because he is no longer in office.

“The Democrats’ efforts to impeach a president who has already left office is totally unconstitutional and so bad for our country," Trump adviser Jason Miller has said.

Many legal scholars, however, say there is no bar to an impeachment trial despite Trump having left the White House. One argument is that state constitutions that predate the U.S. Constitution allowed impeachment after officials left office. The Constitution’s drafters also did not specifically bar the practice.

Castor, a Republican who was the elected district attorney of Pennsylvania’s third-most populated county, decided against charging Cosby in a 2004 sexual encounter. He ran for the job again in 2015, and his judgment in the Cosby case was a key issue used against him by the Democrat who defeated him.

Castor has said that he personally thought Cosby should have been arrested, but that the evidence wasn’t strong enough to prove the case beyond a reasonable doubt.

In 2004, Castor ran for state attorney general unsuccessfully. In 2016, he became the top lieutenant to the state’s embattled attorney general — Kathleen Kane, a Democrat — as she faced charges of leaking protected investigative information to smear a rival and lying to a grand jury about it. She was convicted, leaving Castor as the state’s acting attorney general for a few days.

Schoen met with financier Jeffrey Epstein about joining his defense team on sex trafficking charges just days before Epstein killed himself in a New York jail.

In an interview with the Atlanta Jewish Times last year, Schoen said he had also been approached by Trump associate Roger Stone before Stone's trial about being part of the team and that he was was later retained to handle his appeal. Trump commuted Stone's sentence and then pardoned him. Schoen maintained in the interview that the case against Stone was “very unfair and politicized.”