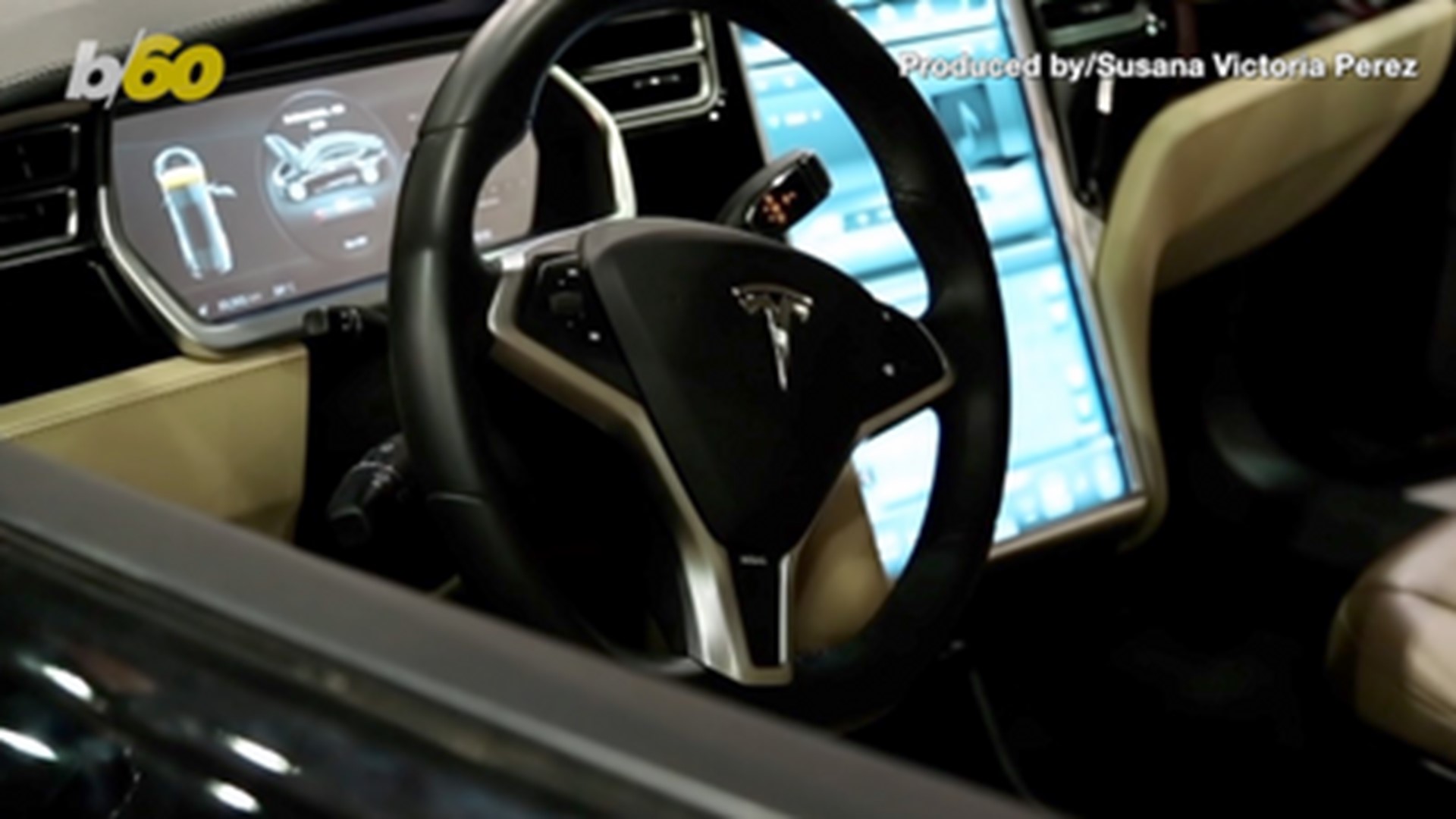 The “cybertruck,” an electric pickup truck, will be in production in 2021, Musk said at the Los Angeles Auto Show Thursday.

With the launch, Tesla is edging into the most profitable corner of the U.S. auto market, where buyers tend to have fierce brand loyalty.

RELATED: Here's when you shouldn't drive or fly for Thanksgiving

Many pickup truck buyers stick with the same brand for life, choosing a truck based on what their mom or dad drove or what they decided was the toughest model, said Erik Gordon, a professor at the University of Michigan Ross School of Business.

“They’re very much creatures of habit,” Gordon said. Getting a loyal Ford F-150 buyer to consider switching to another brand such as a Chevy Silverado, “it’s like asking him to leave his family,” he said.

Musk unveiled in the truck in a punk-show styled reveal event, showing off the truck’s stainless steel body and super-strong “armor glass” windows. A sledgehammer did not make a dent in the car’s doors.

But the event went slightly awry while testing the window’s strength. Metal balls hurled at the car cracked two windows — though the glass did not completely shatter into pieces.

“Well, maybe that was a little too hard,” Musk joked of the throw.

Production will take place in late 2021, Tesla said, though production for the tri motor model will start in late 2022.

Tesla’s pickup is more likely to appeal to weekend warriors who want an electric vehicle that can handle some outdoor adventure. And it could end up cutting into Tesla’s electric vehicle sedan sales instead of winning over traditional pickup truck drivers.

“The needs-based truck buyer, the haulers, the towers at the worksites of the world, that’s going to be a much tougher sell,” said Akshay Anand, executive analyst at Kelley Blue Book.

However, it will help Musk fill out his portfolio and offer a broader range of electric vehicles.

“Elon Musk is trying to not be one-dimensional when it comes to automotive,” said Alyssa Altman, transportation lead at digital consultancy Publicis Sapient. “He doesn’t want to look like he only has a small selection. He wants to build a brand with a diverse offering and in doing that he wants to see where he could enter in the market.”

Musk stands to face competition when his truck hits the market. Ford, which has long dominated the pickup truck landscape, plans to launch an all-electric F-150 pickup. General Motors CEO Mary Barra said its battery-electric pickup will come out by the fall of 2021.

Tesla has struggled to meet delivery targets for its sedans, and some fear the new vehicle will shift the company’s attention away from the goal of more consistently meeting its targets.

“We have yet to see Tesla really make good on some of the very tight deadlines they imposed on themselves, and this has the added challenge of having architecture that is going to be challenging because we haven’t seen an EV pickup before,” said Jeremy Acevedo, manager of industry analysis at Edmunds.