The most decorated American gymnast shared a video of herself axe throwing, and it's making the rounds on social media. 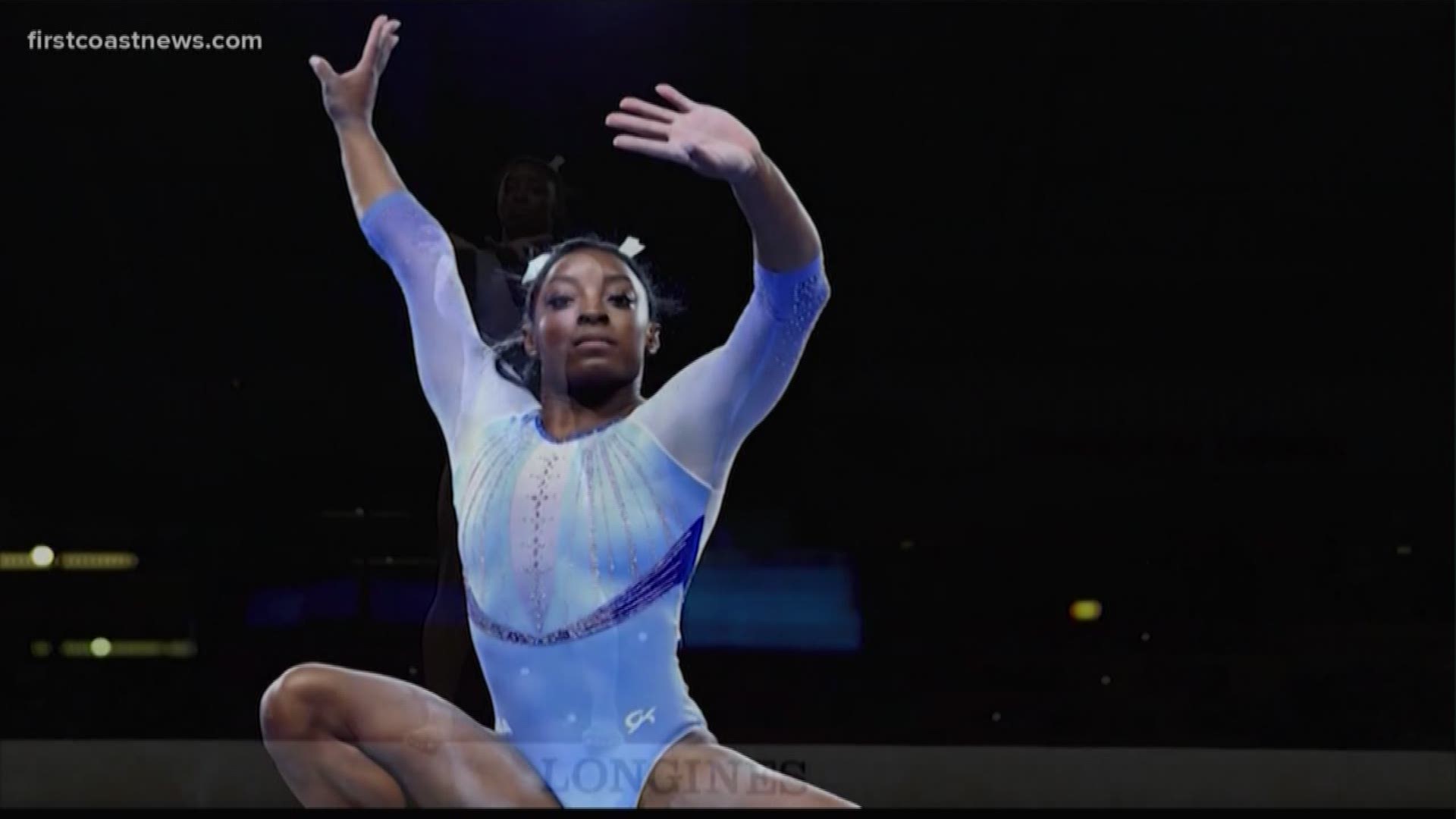 TEXAS, USA — Just when you thought that gymnastics queen Simone Biles can't possibly be the greatest ever at another activity, she may have proven us all wrong, again.

A video she shared of herself axe throwing is making the rounds on social media. Not only because she's won 30 Olympic and World Championship medals or because she is the most decorated American gymnast, but because she flawlessly hit a bullseye.

"AXE THROWING (I was SO STOKED)," Biles wrote tweeting the video and sharing it on Instagram Thursday.

RELATED: Simone Biles keeps teasing a move no female gymnast has ever done in competition

As soon as she hits the bullseye, she turns around and begins screaming and jumping around. Check it out:

She can do it all!

As Biles prepares for the 2020 Tokyo Summer Olympics, she has been teasing the internet about something huge.

The U.S. gymnast tweeted out a video last week of her performing a new vault that no female has ever attempted in international competition. It's called a Yurchenko double pike. It's a roundoff onto the springboard, a back handspring onto the vault, and ends with a piked double backflip to the landing.

This is the second time she tweeted about this specific vault. She posted a video of her landing into a foam pit in early February with the caption, "2020 (and three eye emojis)?"

Simone Biles can seriously do it all!