See two Jupiter storms merge into one in rare photo

The Juno spacecraft also gave astronomers their best look ever at one of the planet's biggest storms. 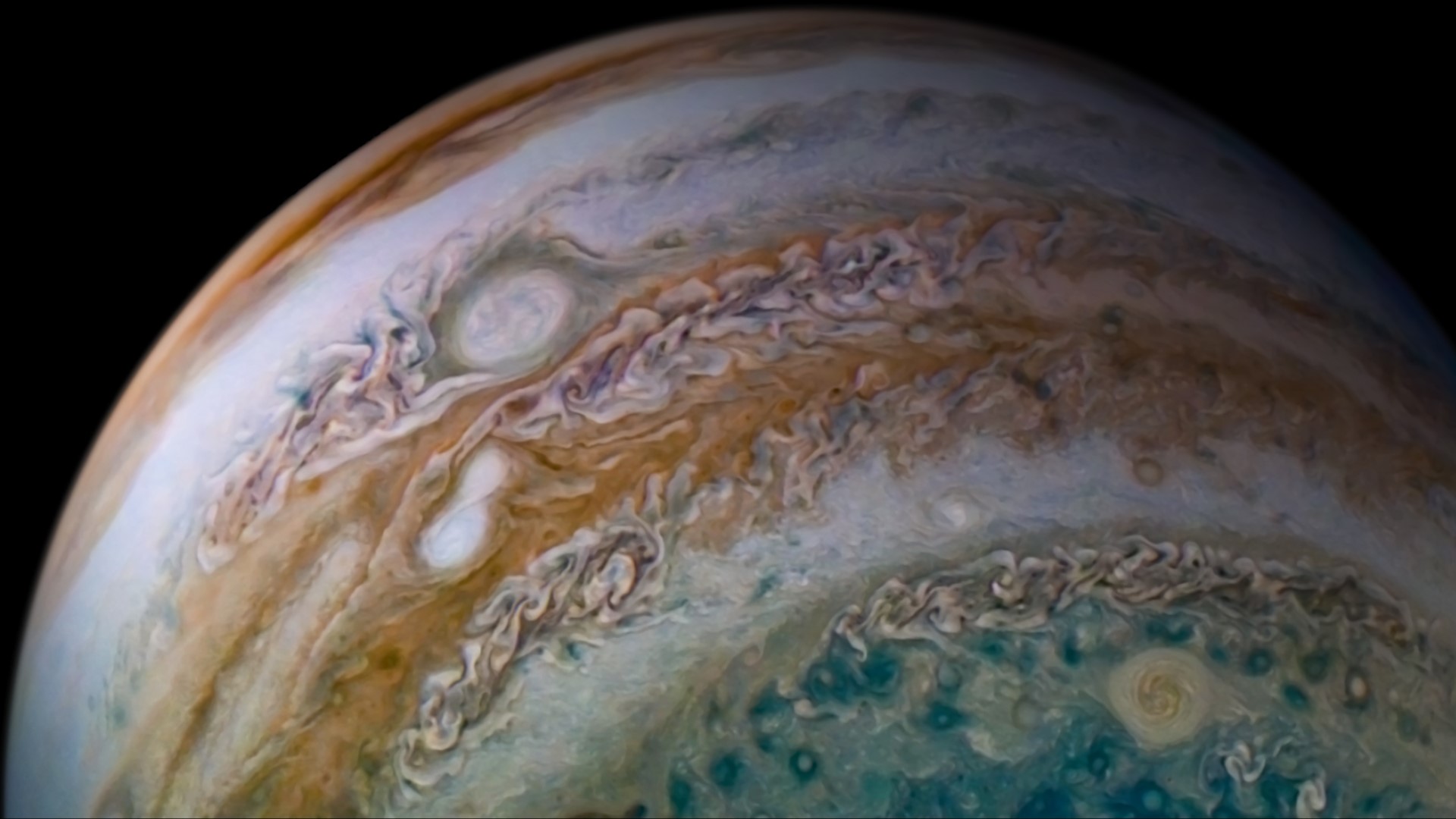 NASA's Juno spacecraft captured a rare image of two giant storms on Jupiter merging into one.

The photo of the merger happened Dec. 26, 2019, at 10:28 a.m. PST during Juno's 24th close flyby of Jupiter. It shows the storms as two white ovals within an orange-colored band, seen to the left of center in the image. The storms are anticyclonic, meaning they rotate counter-clockwise.

NASA says the merger may be the result of disturbances from being near Oval BA, which is the larger storm seen just north of the two merging storms. Oval BA is the second-largest anticyclonic storm on Jupiter, second only to the famed Great Red Spot.

Credit: Tanya Oleksuik; NASA/JPL-Caltech/SwRI/MSSS
A processed image from the Juno spacecraft taken Dec. 26, 2019, showing two storms merging into one. They can be seen just south of a larger storm called Oval BA.

Scientists say the ovals have previously approached one another a few months earlier, but moved apart. They say they were fortunate to get this image because such mergers typically take place over a few days. Juno takes 53 days to orbit. They also say this their best look ever at Oval BA.

The spacecraft was about 44,900 miles from the tops of Jupiter’s clouds, at a latitude of about 60 degrees South.

The color-enhanced image created by citizen scientist Tanya Oleksuik. Juno's raw images are available in this gallery for anyone to view and process into image products, NASA says.

Juno's orbits were initially supposed to take 14 days, but there were concerns about valves on the spacecraft's fuel system. Because of the longer orbits, the mission has been extended to July 2021. The mission will end with Juno plunging into Jupiter's atmosphere and disintegrating.

If you want to see where Juno is now, NASA has an interactive app to download.