Klain was the Ebola response coordinator during the 2014 outbreak, knowledge that will play a role in the coronavirus response. 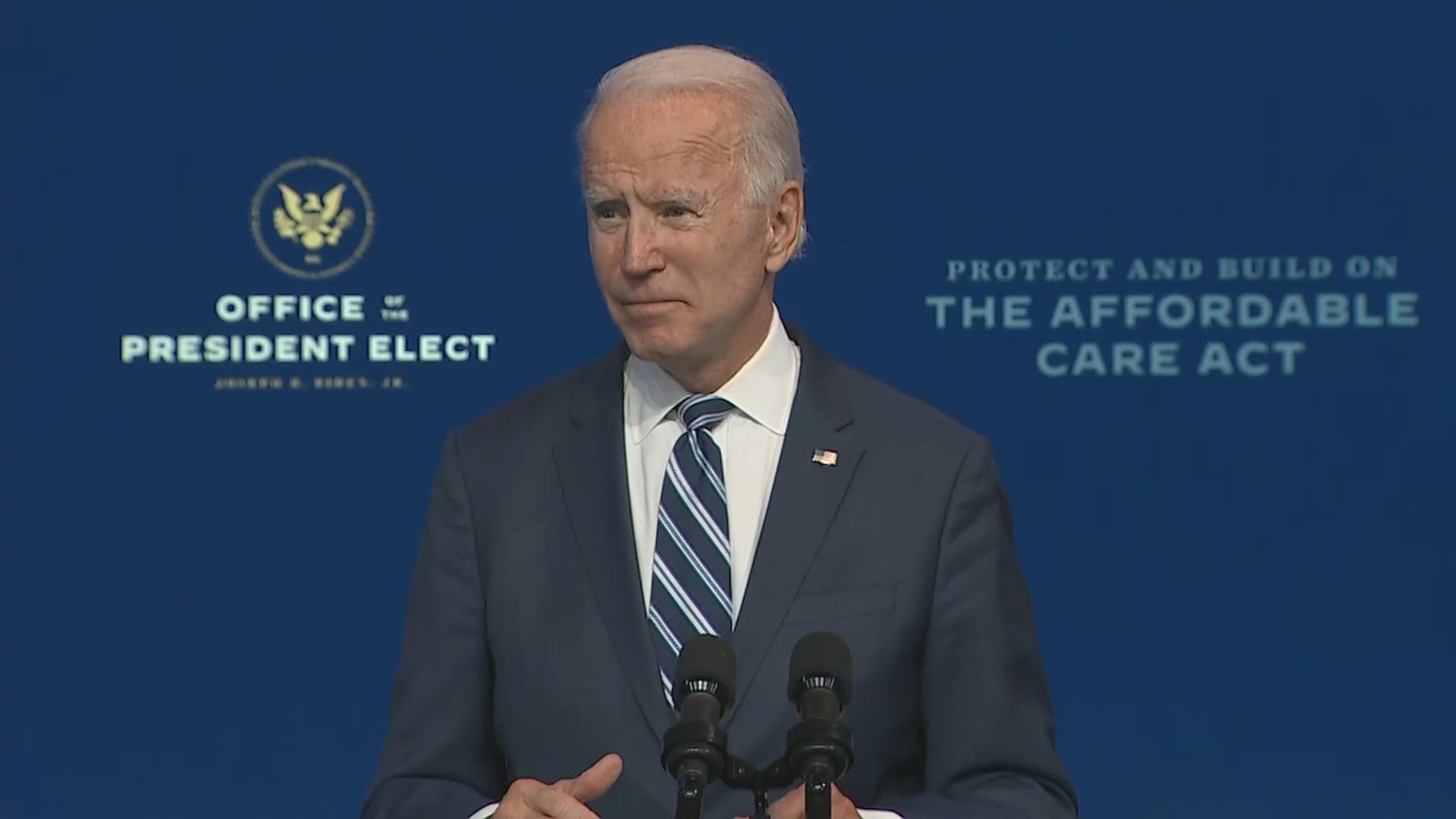 WASHINGTON — President-elect Joe Biden has chosen his longtime adviser Ron Klain to reprise his role as his chief of staff, installing an aide with decades of experience across Democratic presidential administrations in the top role in his White House.

Klain served as chief of staff for Biden during Barack Obama’s first term, was chief of staff to Vice President Al Gore in the mid-1990s and was a key adviser on the Biden campaign, guiding Biden’s debate preparations and coronavirus response. He’s known and worked with Biden since the Democrat’s 1987 presidential campaign.

The choice of Klain underscores the effort the incoming Biden administration will place on the coronavirus response from day one. Klain was the Ebola response coordinator during the 2014 outbreak and played a central role in drafting and implementing the Obama administration’s economic recovery plan in 2009.

RELATED: Presidential Election 2020: Live results from across the US

RELATED: Biden vows to 'get right to work' despite Trump resistance

It’s also likely to assuage some concerns among progressives who had been gearing up for a fight over one of the first and biggest staff picks Biden will make as he builds out his White House team. The chief of staff is typically a gatekeeper for the president, crafts political and legislative strategy and often serves as a liaison to Capitol Hill in legislative negotiations.

Progressives had expressed concerns that Biden would pick one of his other former chiefs of staff: Steve Richetti, who faces skepticism for his work as a lobbyist, or Bruce Reed, who is seen as too much of a moderate to embrace reforms pushed by the party's base. But progressives see Klain as open to working with them on top priorities like climate change and health care.