The remains were found last week, and on Sunday, the family's attorney said they were positively identified as those of Vanessa Guillen. 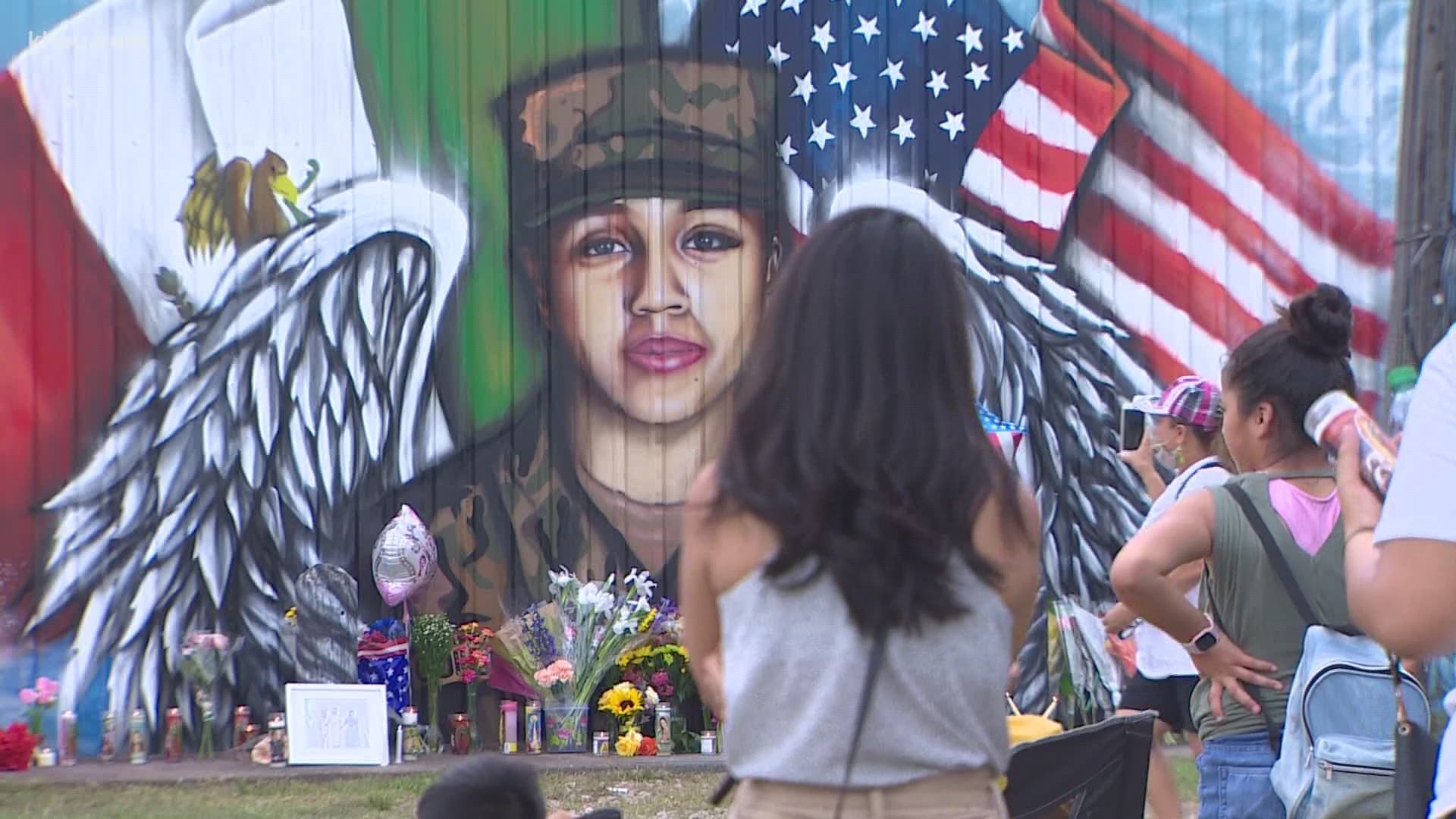 HOUSTON — A family attorney confirmed that the human remains found last week near Fort Hood are those of missing soldier Vanessa Guillen.

Guillen, 20, was last seen on April 22. On June 30, the search for Guillen was called off after remains were found in a shallow grave near the Leon River in Little River Academy. It’s a small town about 30 miles from Fort Hood.

Specialist Aaron Robinson, a suspect in the case, killed himself as officers moved in to arrest him on July 1. Family attorney Natalie Khawam said the dead soldier was the same man who was sexually harassing Guillen.

Cecily Ann Aguilar, 22, was identified by the U.S. Attorney's Office as the civilian suspect in connection with Guillen's disappearance. Aguilar is charged with one count of conspiracy to tamper with evidence.

According to authorities, Aguilar confessed and said Robinson repeatedly hit Guillen with a hammer, killing her, at Fort Hood on April 22. She was then mutilated and burned in an attempt to dispose of the body with Aguilar's help, according to the confession. Aguilar, Robinson's girlfriend, described the series of events to investigators during an interview on June 30.

As the news of Guillen's remains being identified broke, a crowd gathered outside a southeast Houston gym.

Luis Torres owns Power House Houston and had a mural painted on the outside of his business in order to honor Guillen's life.

After more than two months of searching for Guillen, the murals in her old neighborhood are a reminder the community is still waiting for justice.

“I am heartbroken for Vanessa Guillen and join everyone across the country in prayer for the Guillen family. Vanessa was a 20-year Latina soldier with a bright future ahead of her. Sadly, that bright future was cut short while she was serving our country. I will continue to work with the family until they get justice for Vanessa and we guarantee this never again happens to another soldier,” Rep. Sylvia Garcia said in a statement.

Vault Studios, along with Texas TEGNA television stations have produced a podcast highlighting the Vanessa Guillen case. You can listen to or download it here.

RELATED: Disturbing details reveal what happened to Vanessa Guillen the night she disappeared from Fort Hood