Dozens of candidates promoting the conspiracy theory have run for federal or state office this cycle. Collectively, they've raised millions from thousands of donors. 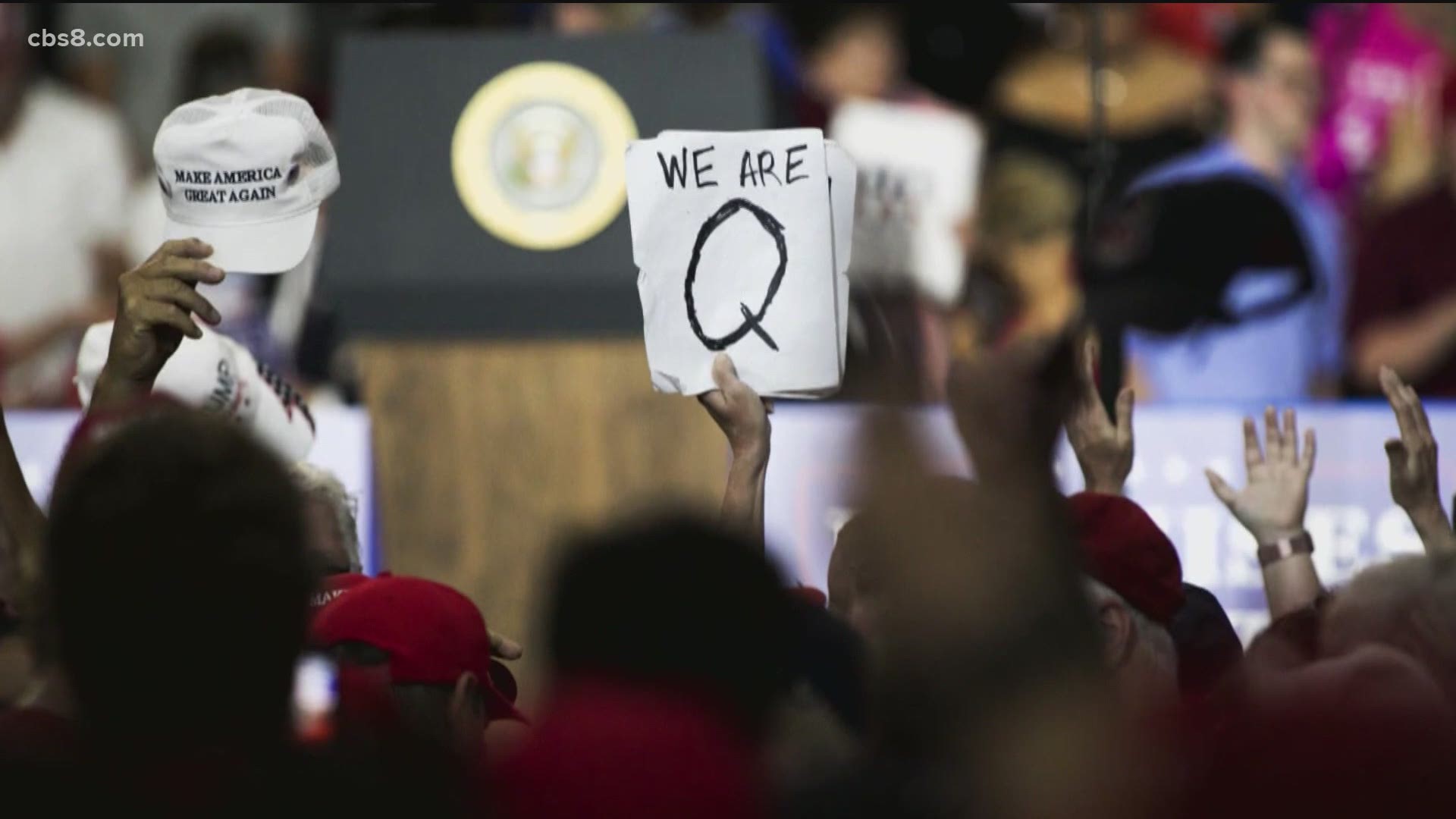 TENNESSEE, USA — Walmart, Amazon and other corporate giants donated money to the reelection campaign of a Tennessee state lawmaker who had used social media to amplify and promote the QAnon conspiracy theory, according to an Associated Press review of campaign finance records and the candidate’s posts.

The corporate support for a QAnon-promoting politician is another example of how the conspiracy theory has penetrated mainstream politics, spreading beyond its origins on internet message boards popular with right-wing extremists.

Dozens of QAnon-promoting candidates have run for federal or state offices during this election cycle. Collectively, they have raised millions of dollars from thousands of donors. Individually, however, most of them have run poorly financed campaigns with little or no corporate or party backing. Unlike state Rep. Susan Lynn, who chairs the Tennessee House finance committee, few are incumbents who can attract corporate PAC money.

Though she repeatedly posted a well-known QAnon slogan on her Twitter and Facebook accounts, Lynn told the AP in an interview Friday that she does not support the conspiracy theory.

Walmart did not respond to repeated requests for comment made by email and through its website. An Amazon spokeswoman declined to comment. A spokeswoman for another donor to Lynn's campaign, Kentucky-based distillery company Brown-Forman, which has a facility in Tennessee, said the company didn’t know about Lynn’s QAnon posts and wouldn’t have donated to her campaign through its Jack Daniel’s PAC if it had.

“Now that our awareness is raised, we will reevaluate our criteria for giving to help identify affiliations like this in the future,” Elizabeth Conway said in a statement.

“In many instances, you don’t have any kind of corporate board oversight or any kind of accountability in terms of review of contributions before they’re made,” Corrado said. “Some corporations now have adopted policies about the supervision of PAC contributions because of the reputational risks involved in this.”

At least 81 current or former congressional candidates have supported the conspiracy theory or promoted QAnon content, with at least 24 qualifying for November’s general election ballot, according to the liberal watchdog Media Matters for America.

As of Friday, the candidates collectively had raised nearly $5 million in contributions for this election cycle, but only eight had raised over $100,000 individually, according to the AP’s review of Federal Election Commission data. The FEC’s online database doesn’t have any fundraising reports for 30 of the candidates, the vast majority of whom are running as Republicans.

Congress is virtually certain to have at least one QAnon-supporting member next year. Marjorie Taylor Greene, whose campaign has raised over $1 million, appeared to be coasting to victory in a deep-red congressional district in Georgia even before her Democratic opponent dropped out of the race.

At the state level, the AP and Media Matters have identified more than two dozen legislative candidates who have expressed some support or interest in QAnon.

QAnon centers on the baseless belief that President Donald Trump is waging a secret campaign against enemies in the “deep state” and a child sex trafficking ring run by satanic pedophiles and cannibals. Trump has praised QAnon supporters and often retweets accounts that promote the conspiracy theory.

QAnon has been linked to killings, attempted kidnappings and other crimes. In May 2019, an FBI bulletin mentioning QAnon warned that conspiracy theory-driven extremists have become a domestic terrorism threat.

Lynn said her social media posts do not indicate any support for the conspiracy theory.

"This is the United States of America, and I am absolutely free to tweet or retweet anything I want,” she said. “I don’t understand why this is even an issue. Believe me, I am not in the inside of some QAnon movement.”

But in October 2019, Lynn retweeted posts by QAnon-promoting accounts with tens of thousands of followers. One of the posts she retweeted praised Trump and included the hashtag #TheGreatAwakening, a phrase commonly invoked by QAnon followers.

“Like many other companies, our PAC periodically contributes to elected officials in Tennessee, including those serving in leadership like Rep. Lynn,” BlueCross BlueShield of Tennessee spokeswoman Dalya Qualls said in a statement.

In April, Lynn updated her Facebook page with a cover photo that included a flag with stars forming a “Q” above the abbreviation “WWG1WGA,” which stands for the QAnon slogan “Where we go one, we go all.” In May and June, Lynn punctuated several tweets with the same abbreviation.

And when a leading QAnon supporter nicknamed “Praying Medic” tweeted the message, “Is it time to Q the Trump rallies?” Lynn responded, “It is time!” in a May 31 tweet of her own.

Lynn said she viewed “Where we go one, we go all” as a “very unifying slogan” and didn’t know it was a QAnon motto. However, a handful of Facebook users who replied to her updated cover photo in April commented on the QAnon connection. The flag is no longer her cover photo but could still be seen in the feed on her page on Friday.

AP contacted all of the companies mentioned in this story. Some did not respond to requests for comment and others declined to comment.