President Trump and Joe Biden were supposed to debate Thursday night. Instead, they'll be hearing from voters on two different networks. 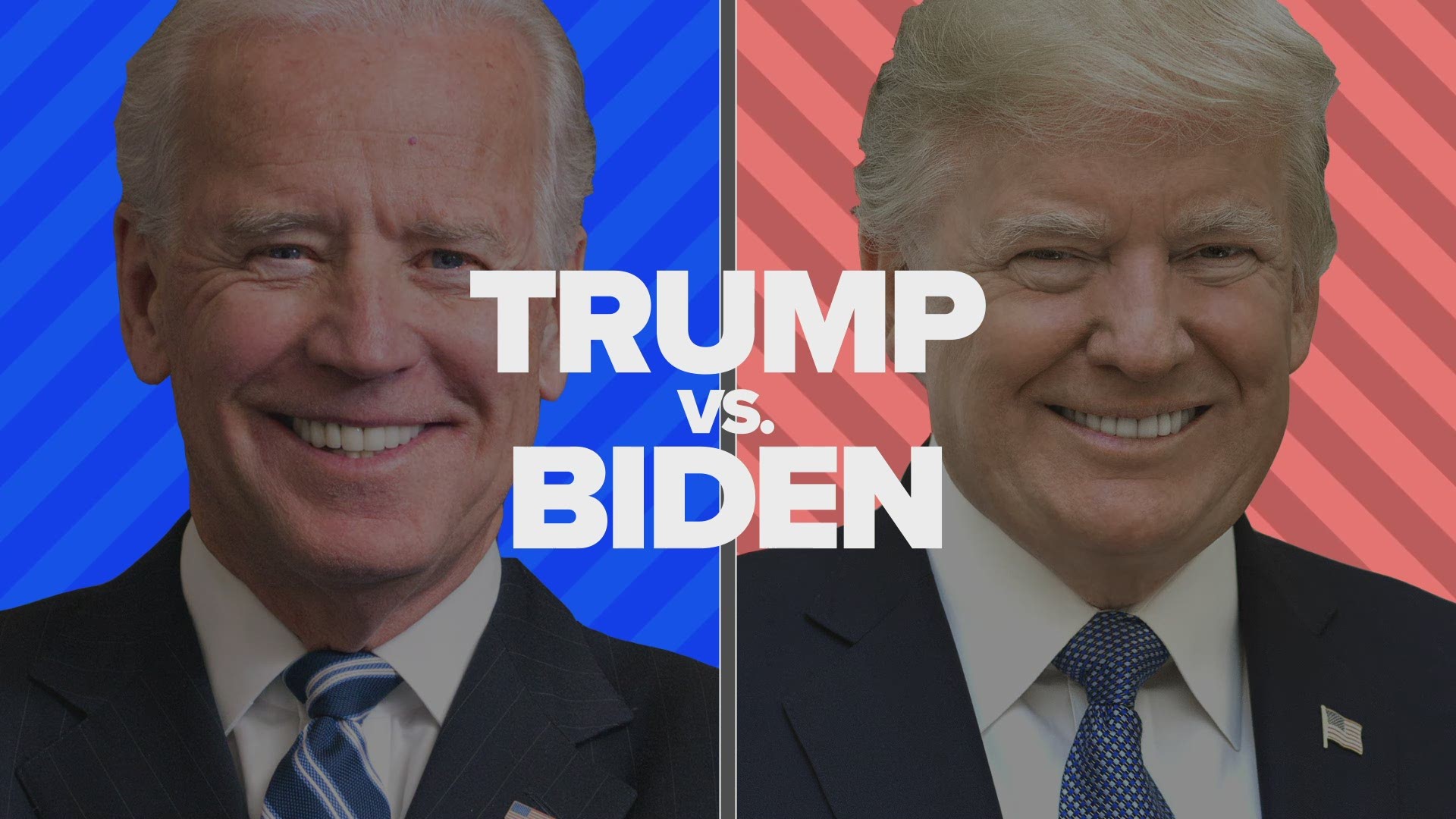 WASHINGTON — They won't be debating face-to-face as originally planned, but President Donald Trump and Democratic nominee Joe Biden will be on the national airwaves at the same time Thursday night.

NBC News announced Wednesday it will hold a town hall with Trump at 8 p.m. EDT Thursday. The one-hour event, moderated by Savannah Guthrie, will be held outside at the Pérez Art Museum Miami.

That event will start at the same time as Biden's town hall with ABC News in Philadelphia, moderated by George Stephanopoulos. The broadcast, set for two hours, was announced last week.

RELATED: VERIFY: Yes, there has been a 'virtual' presidential debate before

The locations of the town halls are no accident. Florida and Pennsylvania are expected to be the key states in the race to 270 electoral votes.

The two men were supposed to be debating in Miami Thursday, but Trump's recent COVID-19 diagnosis derailed that. The nonpartisan Commission on Presidential Debates initially wanted to turn the event into a virtual debate, with Trump and Biden at separate locations. Trump refused, setting off a back-and-forth between the campaigns about how to go forward.

Eventually, the Thursday debate was scrapped.

The third debate, scheduled for Oct. 22 in Nashville, Tennessee, is still on.