One year after a deadly white nationalist rally in Charlottesville, Virginia, activists returned to mark the anniversary of the protest. 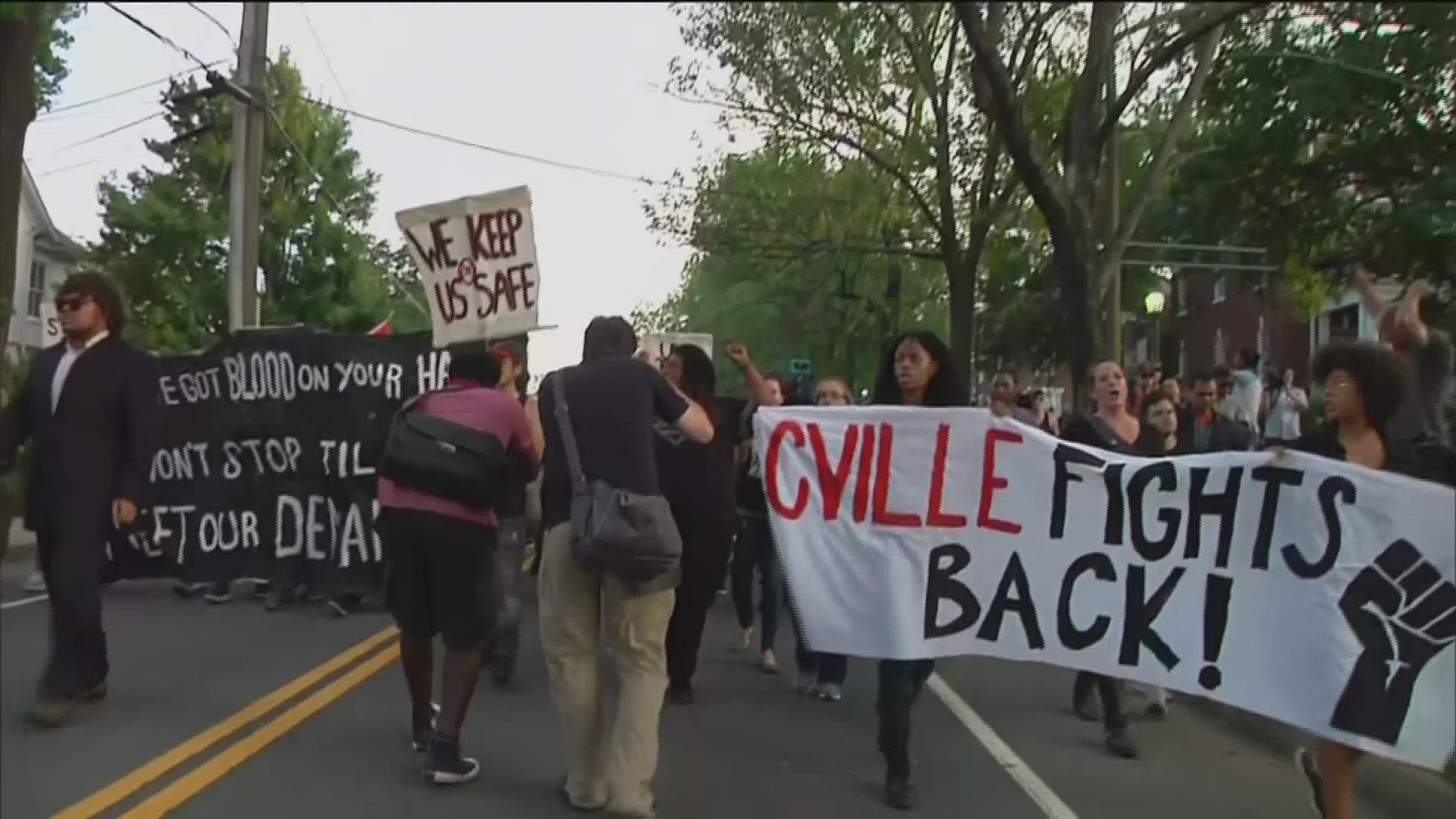 The chanting, gathering and mourning lasted from morning to late afternoon, when local police took down their checkpoints and a few hundred activists, University of Virginia students and residents dispersed from downtown Charlottesville.

A year ago, violent clashes between counterprotesters and white nationalists led to injuries and a death, making the college town synonymous with racial unrest and amplifying the message of white nationalists.

This year, the activist's recurring message was that white supremacy has existed in the community for years – and it can't be ignored.

The crowd converged on Booker T. Washington Park to mark the first anniversary of the deadly Unite the Right rally last year. Sporting shirts and signs that read "Black Lives Matter" and "C'ville Fights Back." They listened to speakers and chanted "Old Jim Crow, new Jim Crow, this racist system's got to go."

Don Gathers, a member of the local Black Lives Matter Movement, told the crowd oppression and racism must be defeated – and the city must be held accountable.

“We cannot continue to let hate win,” he said. “It is imperative that each one of us get out there and do our part.”

Throughout the day, police stayed out of the park, remaining on the road outside. Some of the protesters burned sage to dispel negativity, a sharp contrast to last year's torch-burning march of white supremacists.

But a heavy police presence frustrated the activists, who called it an overcompensation for last year's events. Police brought armored vehicles, riot gear and set up two downtown checkpoints where people were subject to bag checks. Authorities also blocked traffic.

The Virginia State Police arrested four people, including one who spit in a demonstrator's face and two others who started fighting after one of them saluted the statue of Robert E. Lee, the subject of last year's Unite the Right rally.

The 2017 rally ended in tragedy when a car slammed into a group of counterprotesters, killing demonstrator Heather Heyer, 32, and injuring many more. A white supremacist awaits trial in the case.

Later in the day, Heyer's mother, Susan Bro, spoke to a solemn crowd during a vigil for her daughter.

"There are mothers who lose their children all the time. And we don't seem to give a damn," she said, adding, "we have a long way to go" in terms of racial justice.

Bro, channeling her daughter's activism, said the gathering in Charlottesville is part of the larger fight against racial injustice. "It was never all about Heather," she said.

Community and clergy members locked arms around Bro and other mourners to give them privacy as they reflected at a memorial in Heyer's honor. Flowers and messages of support written in chalk for the Charlottesville community lined the sidewalks and walls.

“I owed it to Heather,” Brown said.

Katrina Turner was at the rally last year and was almost hit by the car herself.

"We also need to think of the other victims on that day," she told the crowd. "We cannot let them be forgotten."

Brown was just happy the tense moments Sunday didn't escalate but said Heyer was still on the forefront of his mind.

“This day was the day for everybody to get some closure,” he said. “It’s a lot more peaceful than I thought it was going to be.”

Faces of DC counter-protesters standing up against hate