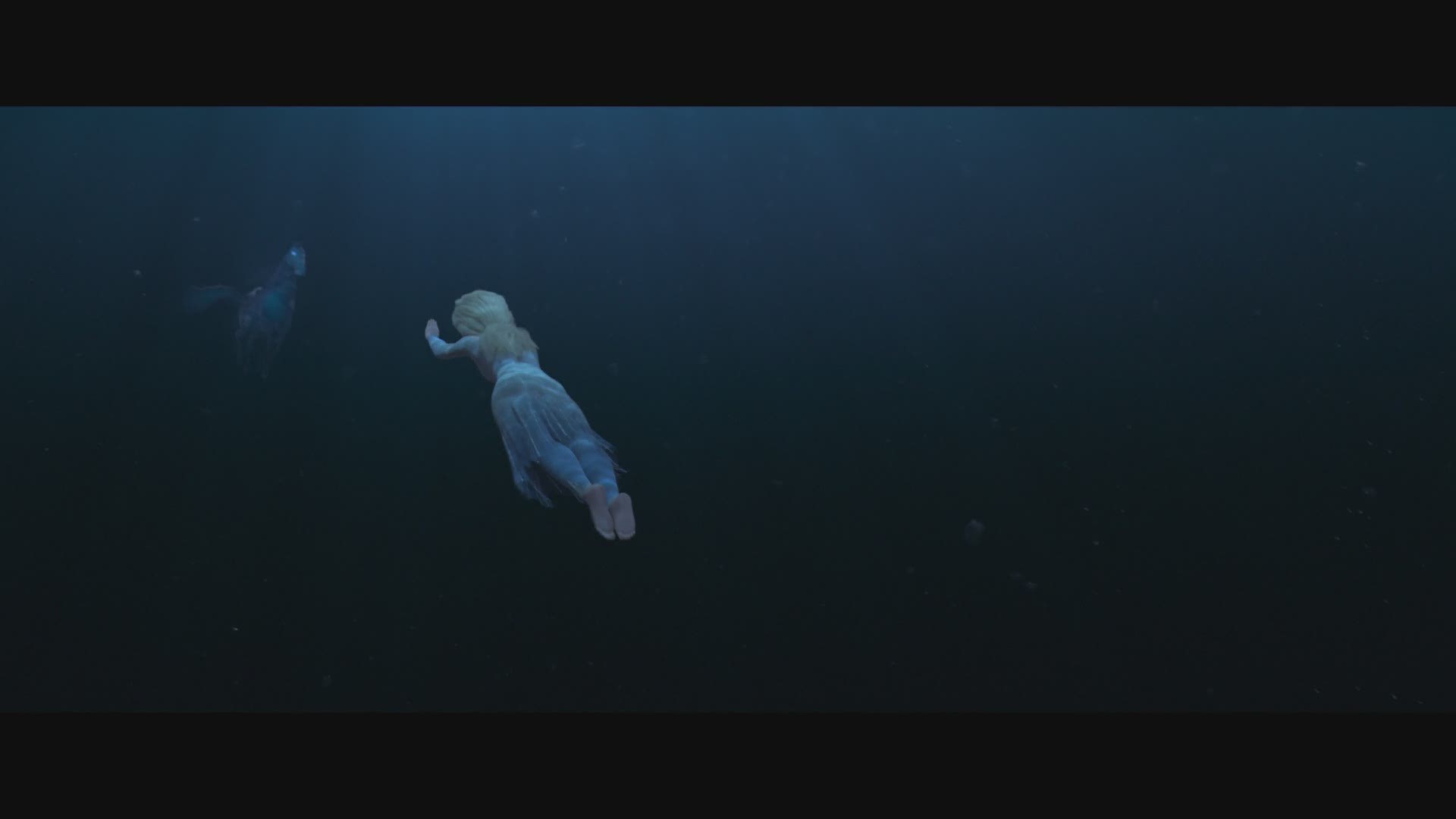 Next, we see the family of trolls rolling around as rocks, passing by Kristoff before approaching Elsa and Anna.

"Elsa, the past is not what it seems," a troll says. "You must find the truth. Go north across the enchanted lands and into the unknown. But, be careful."

Throughout the narration, there is breathtaking scenery, a scene of Anna and Olaf going over a waterfall on a small boat, Elsa displaying her powers, and large, scary creatures.

"We have always feared Elsa's powers were too much for this world," the troll continues. "Now we must hope they are enough."

After dramatic music goes to silence, Anna says, "I won't let anything happen to her."

The new poster features Elsa and Anna in a foggy, wooded area.