Nancy Pelosi wore her Mace of the Republic brooch to Biden's address. Here's what it means.

The brooch sends a subtle message about Nancy Pelosi's power as Speaker of the House. 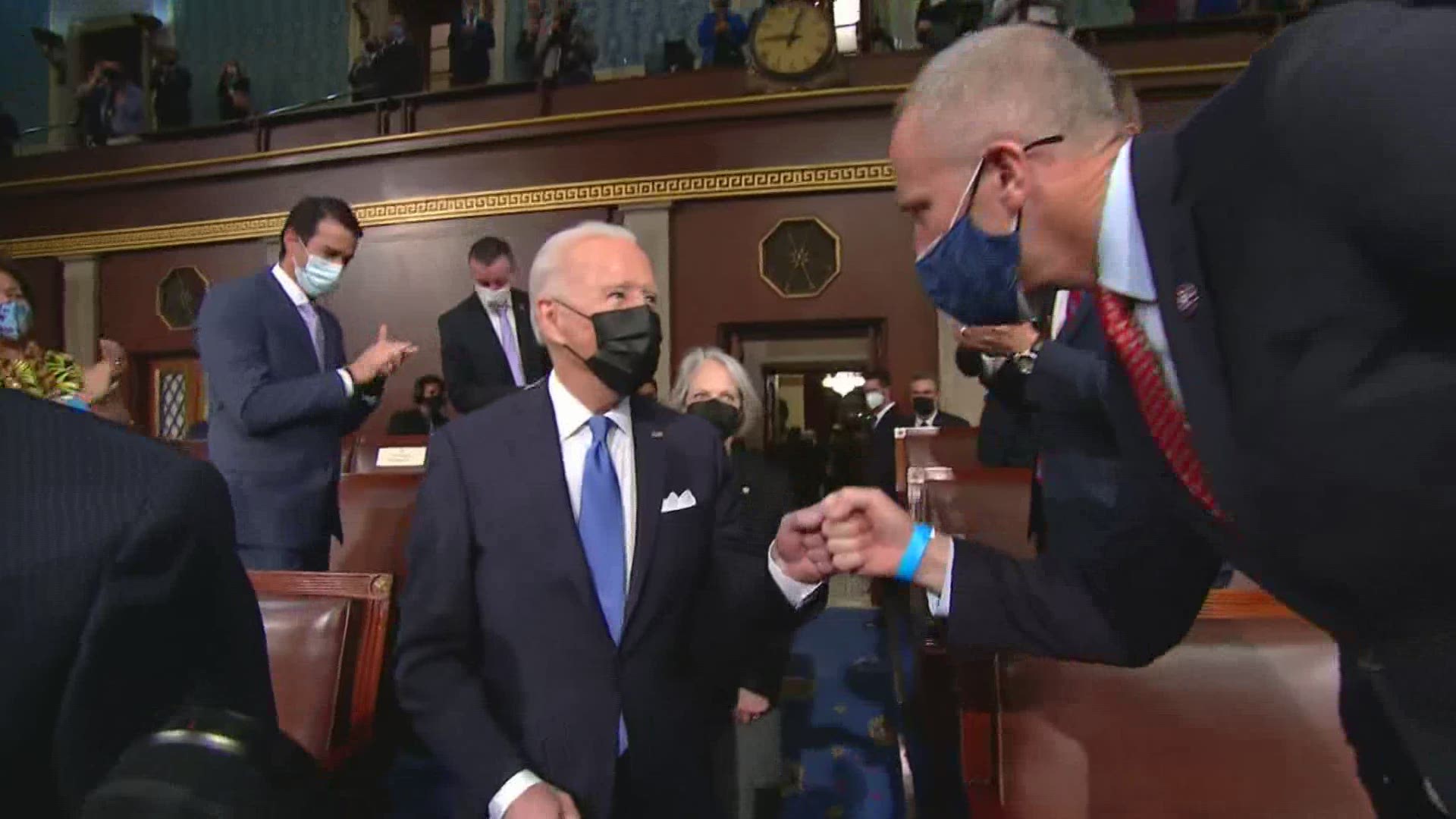 WASHINGTON — Nancy Pelosi wore a familiar looking brooch during President Joe Biden's first joint address to Congress Wednesday night. It's one she has worn before, including for both of former President Donald Trump's State of the Union speeches and key dates from his first impeachment.

The Speaker of the House sat alongside Vice President Kamala Harris -- the first time two women have sat on the dais -- behind Biden during his speech. A thin gold brooch in the shape of the Mace of the Republic could be seen on her jacket. The ceremonial staff is a symbol of the House of Representatives’ authority in the legislative branch. When the House is in session, the staff rests by the speaker’s desk.

The mace itself is an important U.S symbol. An eagle with its wings spread out is seated on top of a globe that holds together 13 rods, which represent the original 13 states. The bundled rods look similar to Roman fasces, which represented strength through unity.

Pelosi also notably wore the same brooch in December 2019 when she opened the House debate for Trump's first impeachment proceedings. Many saw the brooch and her all-black outfit as a subtle nod to her power as Speaker of the House. She's also wore the brooch to Trump's 2019 State of the union and when she first announced the impeachment inquiry into the president.

Suzanne Nuyen contributed to this report.