Nancy Pelosi wore her Mace of the Republic brooch to the State of the Union. Here's what it means

The brooch sends a subtle message about Nancy Pelosi's power as Speaker of the House. 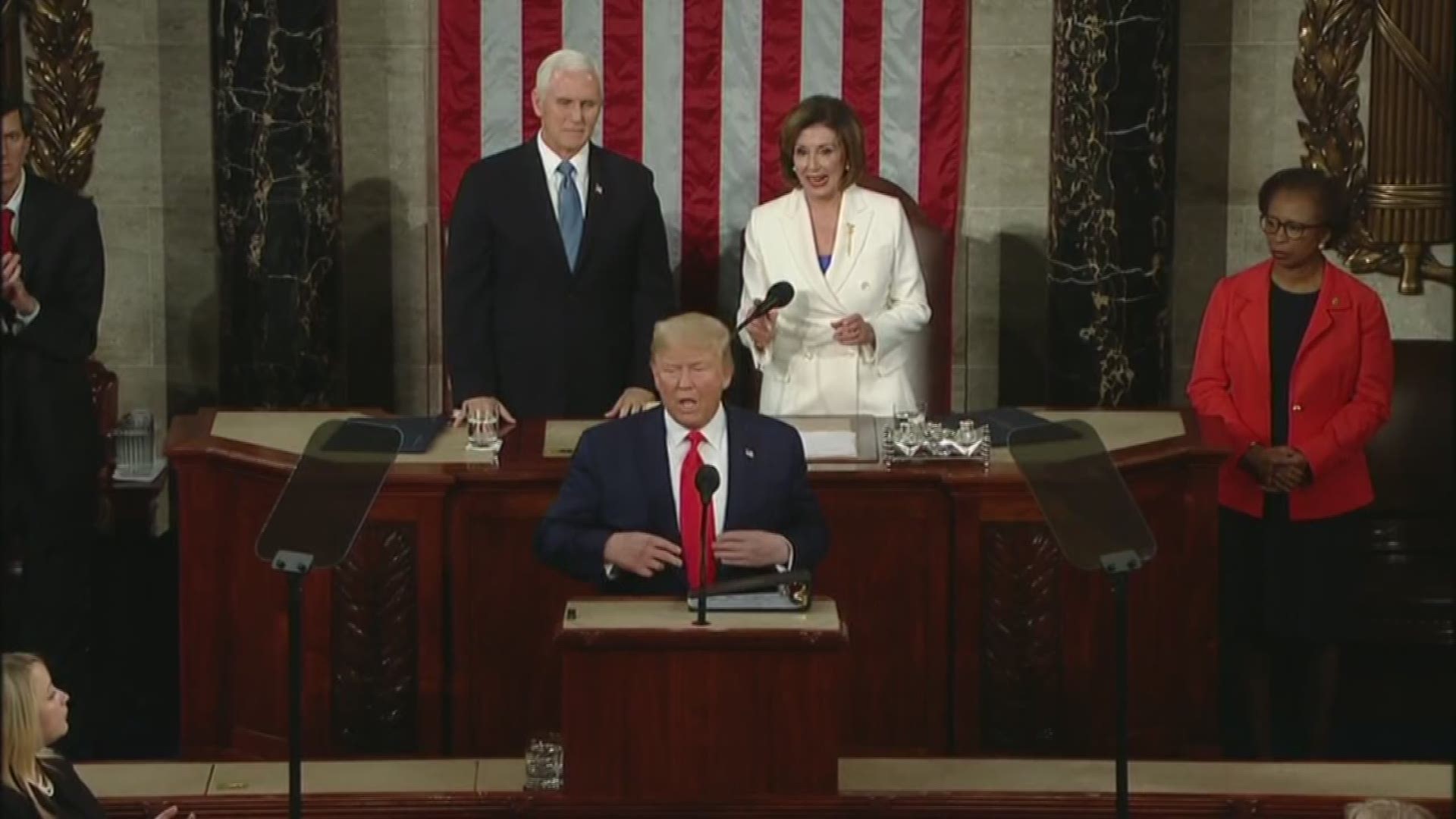 The Speaker of the House sat alongside Vice President Mike Pence behind President Donald Trump during his speech. A thin gold brooch in the shape of the Mace of the Republic could be seen on her jacket. The ceremonial staff is a symbol of the House of Representatives’ authority in the legislative branch. When the House is in session, the staff rests by the speaker’s desk.

The mace itself is an important U.S symbol. An eagle with its wings spread out is seated on top of a globe that holds together 13 rods, which represent the original 13 states. The bundled rods look similar to Roman fasces, which represented strength through unity.

RELATED: Democratic Congresswomen to wear white at State of the Union to honor suffrage movement

Pelosi notably wore the same brooch in December when she opened the House debate for President Trump's impeachment proceedings. Many saw the brooch and her all-black outfit as a subtle nod to her power as Speaker of the House. She's also worn the brooch to Trump's 2019 State of the union and when she first announced the impeachment inquiry into the president.

Rather than an all-black outfit, Pelosi can be seen in an white suit at the State of the Union. She joins other female Democratic congresswomen who are wearing white to honor the women's suffrage movement. The Democratic Women's caucus said in a tweet that the congresswomen would wear white to show their persistence as they fight for the people, stand against President Trump's "dangerous" policies and "make sure the voices of women and families are heard."