Justice Ruth Bader Ginsburg says cancer has returned, but has no plans to retire

The 87-year-old said her treatment so far has succeeded in reducing lesions on her liver and that she will continue chemotherapy sessions every two weeks. 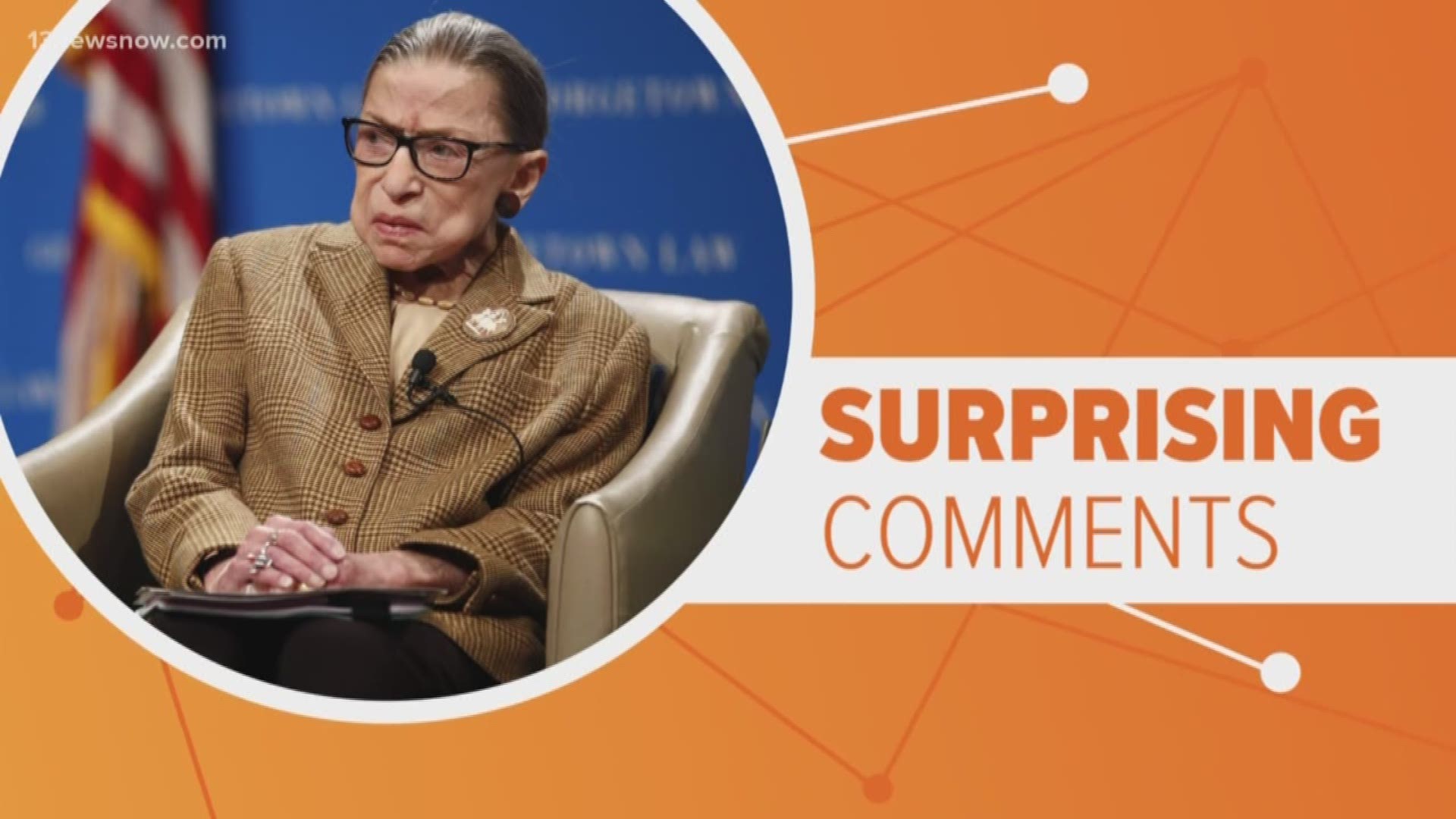 WASHINGTON — Editor's note: The related video above was published in February.

Justice Ruth Bader Ginsburg said Friday she is receiving chemotherapy for a recurrence of cancer, but has no plans to retire from the Supreme Court.

The 87-year-old Ginsburg, who has had four earlier bouts with cancer including pancreatic cancer last year, said her treatment so far has succeeded in reducing lesions on her liver and she will continue chemotherapy sessions every two weeks “to keep my cancer at bay.”

“I have often said I would remain a member of the Court as long as I can do the job full steam. I remain fully able to do that,” Ginsburg said in a statement issued by the court.

Ginsburg, who was appointed by President Bill Clinton in 1993, is the senior liberal justice on a court that leans conservative by a 5-4 margin. Her departure before the election could give President Donald Trump the chance to shift the court further to the right.

Ginsburg’s history with cancer goes back more than 20 years. In addition to being treated without surgery for a tumor on her pancreas last year, she also underwent surgery for colorectal cancer in 1999, pancreatic cancer in 2009 and lung cancer in December 2018.

Dr. Alan Venook, a pancreatic cancer specialist at the University of California, San Francisco, who is not involved in Ginsburg's care, said that "clearly, she's got incurable disease now” because of the spread to her liver.

On average, patients with advanced pancreatic cancer live about a year, but the fact that her disease took so long to recur from her initial pancreatic cancer surgery in 2009 and previous treatments “suggests that it’s not been growing rapidly,” he said.

“She’s above average in many ways." and has done remarkably well with all her treatments so far, Venook said. “There’s no reason to think she would die imminently.”

Asked earlier this week about a possible opening on the court before the election, White House chief of staff Mark Meadows said the president would act quickly if any opening were to arise. Meadows commented after news that Ginsburg had left the hospital after receiving treatment for an infection, which she said Friday was unrelated to the cancer.

“I can’t imagine if he had a vacancy on the Supreme Court that he would not very quickly make the appointment and look for the Senate to take quick action," Meadows said, adding that he didn’t want any comment to be seen as wishing Ginsburg “anything but the very best.”

Senate Majority Leader Mitch McConnell, R-Ky., has said that if there were to be a vacancy on the court during this year’s election cycle, the Republican-controlled Senate would likely confirm a nominee selected by Trump.

Ginsburg said she was disclosing her cancer treatment now because she is satisfied “that my treatment course is now clear.”

Venook said the chemotherapy drug Ginsburg said she is getting, gemcitabine, is one that’s often used. Immunotherapy, which Ginsburg’s statement said she tried unsuccessfully, has not worked well for pancreatic cancer, Venook said.

Ginsburg said a medical scan in February revealed growths on her liver and she began chemotherapy in May.

“My most recent scan on July 7 indicated significant reduction of the liver lesions and no new disease,” she said. “I am tolerating chemotherapy well and am encouraged by the success of my current treatment.”

Credit: AP Photo/Stephan Savoia
In this Jan. 30, 2018 file photo Supreme Court Justice Ruth Bader Ginsburg waves in acknowledgement of the applause she receives as she arrives for a "fireside chat" in the Bruce M. Selya Appellate Courtroom at the Roger William University Law School in Bristol, R.I.

Ginsburg noted that she is able to “maintain an active daily routine” and that throughout her treatment she has “kept up with opinion writing and all other Court work.”

When the justices heard arguments via telephone in May because of the coronavirus pandemic, Ginsburg participated one day from a hospital room in Baltimore. She was being treated for gall stones, and said Friday that hospitalization also had nothing to do with the cancer.