Here's happened inside The White House in the days leading up to, and after, the FBI director's dismissal, as outlined in Mueller's report. 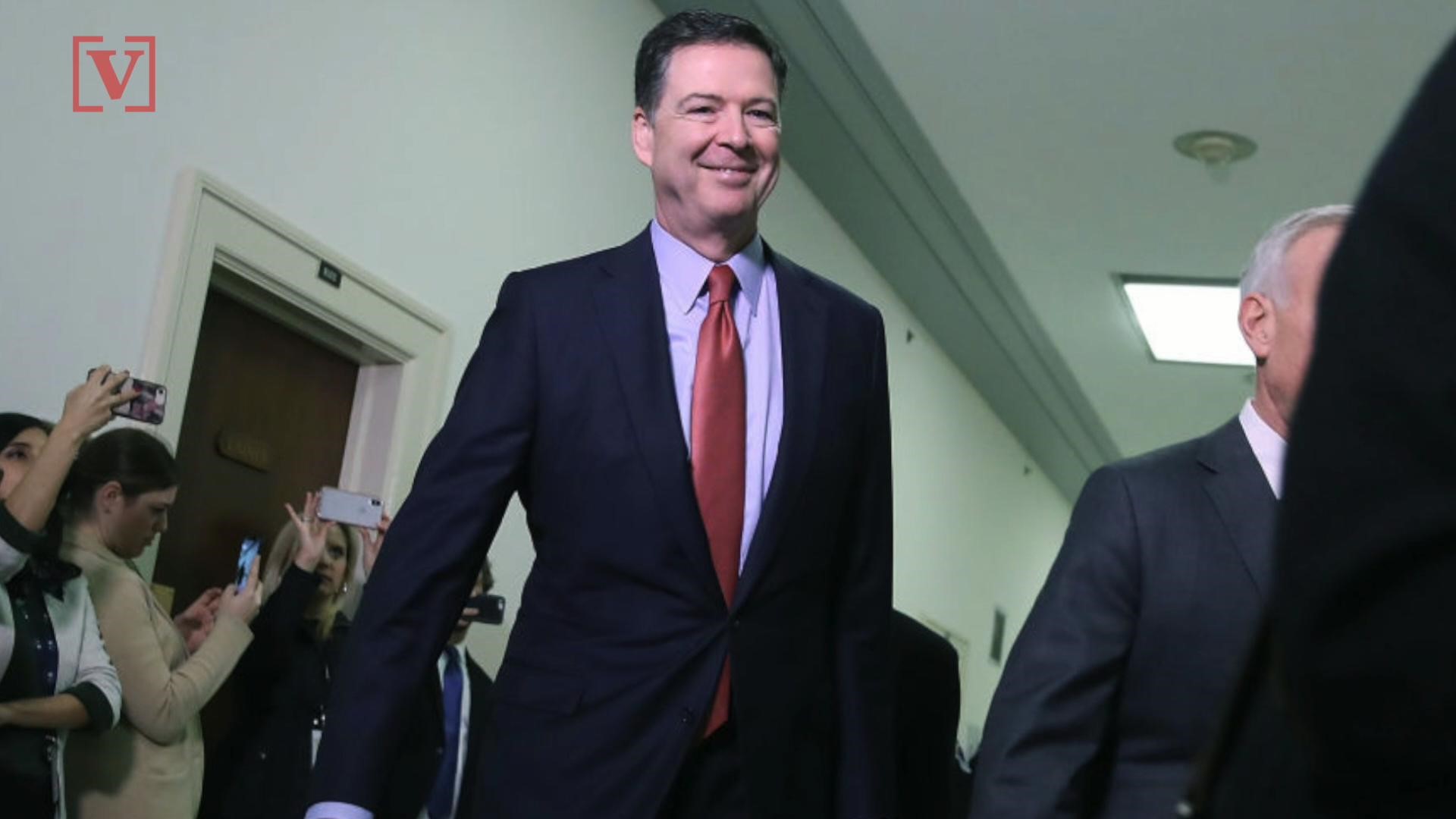 EDITOR'S NOTE — First in a series of stories focusing on events detailed in the report of special counsel Robert Mueller, drawing from the document's trove.

The FBI director, James Comey, had privately reassured him that he was not personally under investigation. But on May 3, 2017, when Comey was summoned to Capitol Hill to explain his handling of the Hillary Clinton email investigation, he denied the president the public vindication he'd sought.

Facing curious lawmakers and a captivated American audience, Comey pointedly refused to say whether any members of the Trump campaign were or were not under criminal investigation — including the president himself.

"The Department of Justice has authorized me to confirm" the existence of a broader investigation into potential collusion between Russia and the Trump campaign, Comey said. "We're not going to say another word about it until we're done."

And, indeed, he would not speak about it again, as FBI director.

At the White House that afternoon, Trump's anger grew as an adviser recounted Comey's testimony. He trained his fire on Attorney General Jeff Sessions, who'd recused himself from the Russia investigation two months earlier because of his work on the Trump campaign.

Notes maintained by Sessions' chief of staff depict a president in full venting mode: The attorney general was supposed to be a president's most important appointment, he raged. John Kennedy had his brother Robert, Barack Obama had his friend Eric Holder.

"You left me on an island," Trump told Sessions. "I can't do anything."

He spent the next several days stewing over Comey. Their relationship was already fraught. Over dinner months earlier, Trump asked Comey to pledge his loyalty to him, but the FBI chief declined. Then Comey ignored the president's appeal to end an investigation into his former national security adviser.

Comey was a show-boater, a grandstander, Trump complained to aide Steve Bannon. Three times, Trump lamented, Comey had told him he wasn't under investigation. And now this.

By that weekend, Trump was at his golf club in Bedminster, New Jersey, crafting a plan to dismiss Comey and dictating language for a draft termination letter to aide Stephen Miller.

RELATED: Whose name appears most in the Mueller Report?

RELATED: Mueller report: How Congress can and will follow up on an incomplete and redacted document

In it, Trump said that though he appreciated being told he wasn't under investigation "concerning the fabricated and politically motivated allegations of a Trump-Russia relationship," Comey had nonetheless lost the support of the president and the American public.

That Monday, in Washington, the plan grew more complicated.

Trump read aloud the first paragraphs of the letter and told aides his mind was made up and there was nothing to discuss. His White House counsel Don McGahn, who repeatedly functioned as a check against Trump's impulses, suggested his office consult Justice Department leadership.

After neither Sessions nor Deputy Attorney General Rod Rosenstein raised concerns about Comey's firing, Trump asked Rosenstein to draft a memo recommending the dismissal, and to "put the Russia stuff" in it, according to the notes of a senior Justice Department official.

Rosenstein agreed to the memo but resisted any Russia reference. He knew as he left the White House that day that Comey would be fired — but not for the reasons he'd give in his document.

Rosenstein's memo focused exclusively on Comey's handling of the Clinton investigation, including his decision to publicly announce that she should not face charges. There was no mention of Russia, save for a single-page letter to Comey in which Trump said he'd been informed three times he wasn't under investigation.

The White House released the memo on the evening of May 9 as it announced Comey's firing, which it said was done at the Justice Department's recommendation.

Comey learned of his firing from television screens as he addressed FBI employees in Los Angeles. It was, he initially thought, a joke. Except that it wasn't, and news helicopters were soon tracking his trip to the airport. He flew home on the FBI plane, helping himself to a bottle of California pinot noir he'd picked up on the trip.

Trump expected cheers from Democrats, given their fury over Comey's actions toward Clinton. Instead there was anger and confusion.

Why would Trump be mad about Comey's conduct in the Clinton case since he benefited from the FBI's actions? If that really was the reason, why had he waited four months to fire him?

The administration was roiled in chaos. Trump, unhappy with the press coverage, sought the advice of former New Jersey Gov. Chris Christie, who told him Rosenstein should publicly defend the firing.

But when Trump told Rosenstein he should have a press conference, Rosenstein said that wasn't prudent. If asked, he said, he would have to tell the truth. He'd have to say the firing wasn't his idea at all.

Sessions and Rosenstein told McGahn they were concerned the White House was creating a false narrative by suggesting Rosenstein had initiated the decision.

Trump took care of that with a May 11 interview with NBC's Lester Holt, in which he said he would have fired Comey regardless of the Justice Department's recommendation.

"In fact, when I decided to just do it, I said to myself, I said, you know, this Russia thing with Trump and Russia is a made-up story," Trump said. "It's an excuse by the Democrats for having lost an election that they should've won."

He went on to say something eerily prescient, something that proved true each day for the next two years as the Comey firing took center stage in Mueller's investigation.

Instead of ending the scrutiny by firing Comey, the president acknowledged, "I might even lengthen out the investigation."