California Democratic House Representative Eric Swalwell asked both men if Trump’s claim that they were 'never Trumpers' was true. 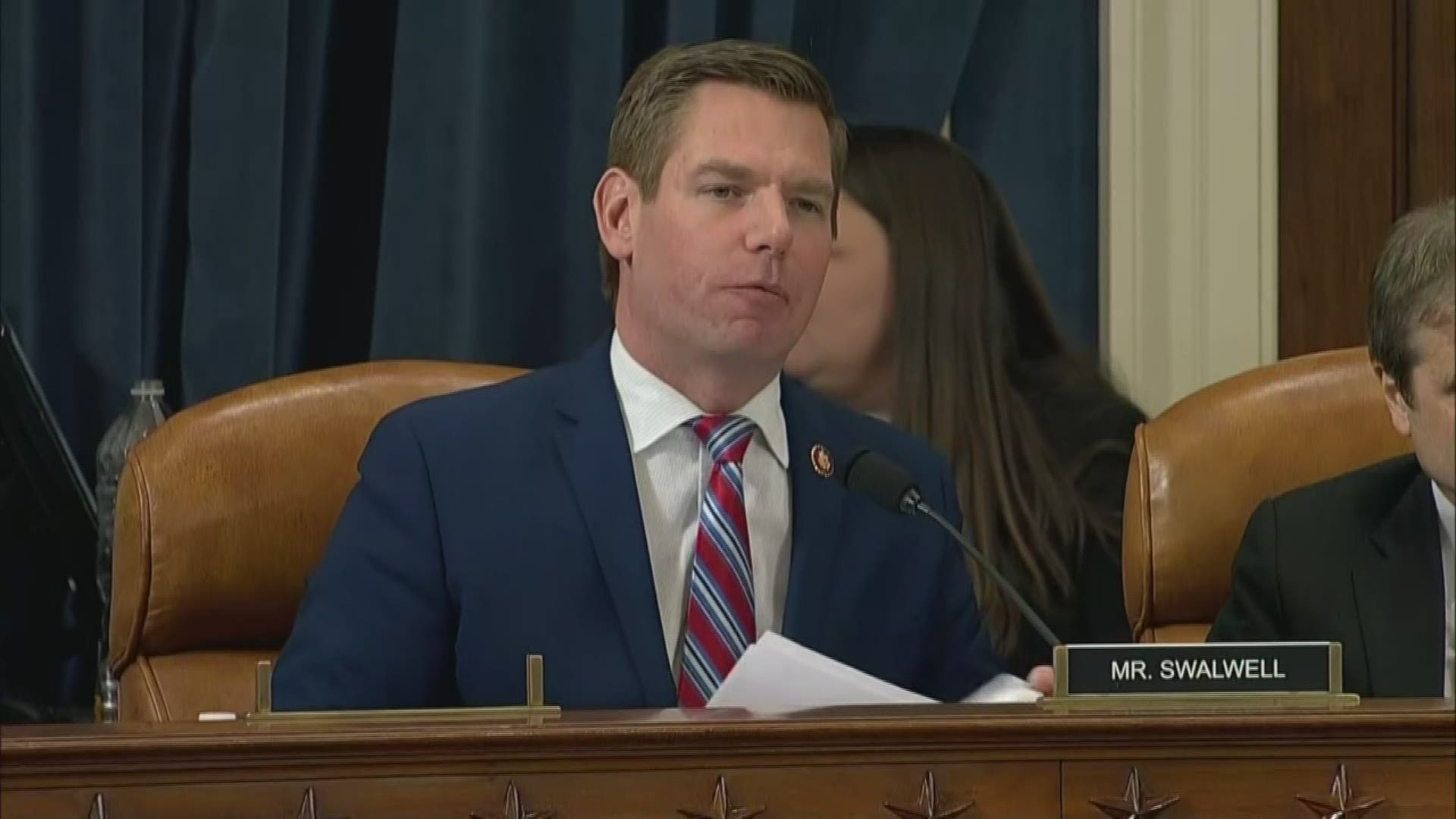 WASHINGTON — The two veteran diplomats testifying in the House impeachment hearing are denying President Donald Trump’s accusation that they adamantly oppose him.

State Department official George Kent said he’s served under three Republican and two Democratic presidents during his 27 years of service. He said he serves “whatever president is duly elected” and carries out their foreign policies. He oversees U.S. policy in Ukraine and other countries in Eastern Europe and the Caucasus.

William Taylor answered, “No sir.” Taylor is the top U.S. diplomat in Ukraine and was recruited by Secretary of State Mike Pompeo to serve there.