Ambassador expected to testify key assurance was from Trump

Gordon Sondland is also expected to testify that he wasn't aware the Ukranian company the White House was asking about was tied to Joe Biden's son. 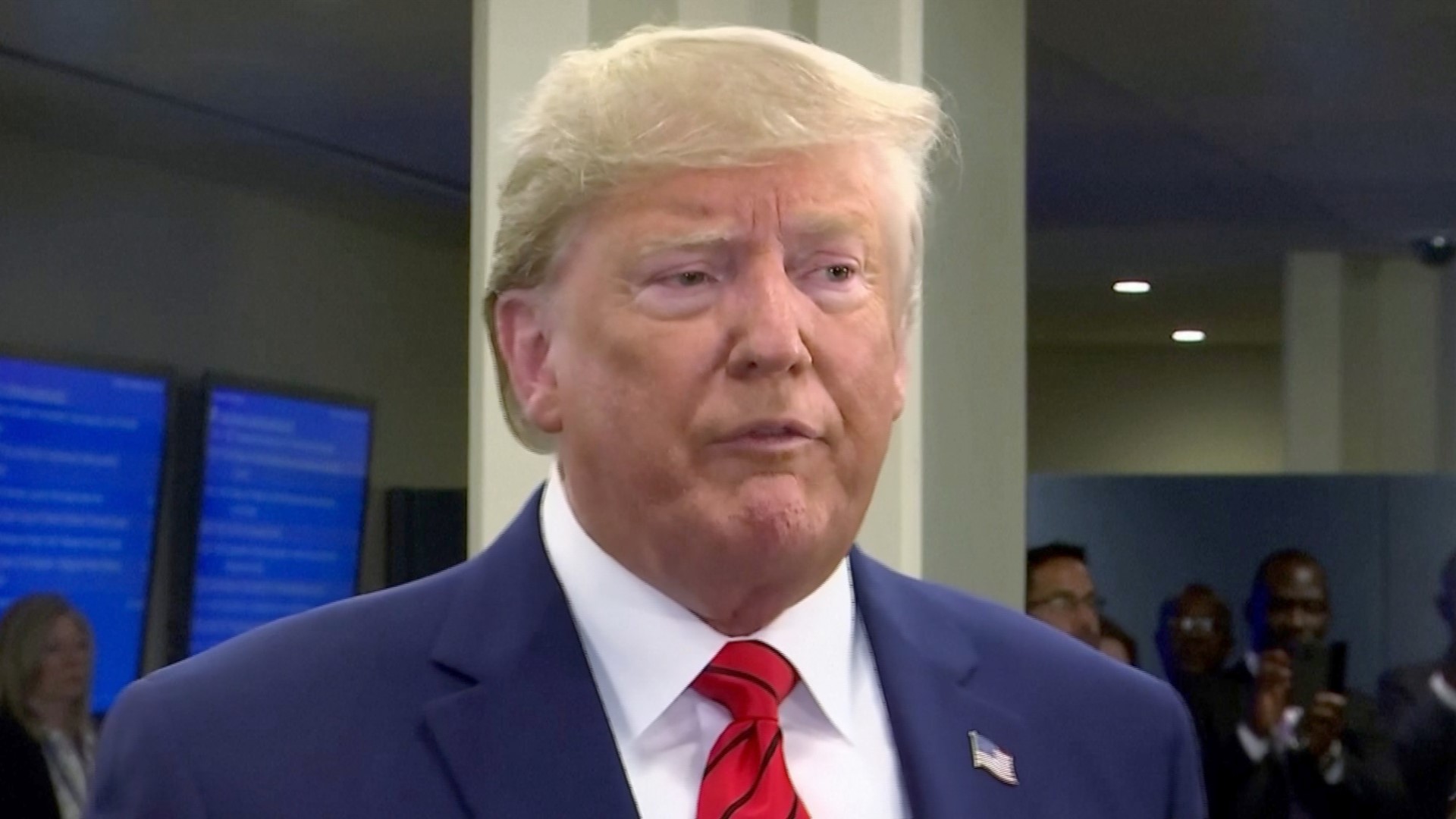 WASHINGTON — A U.S. ambassador is expected to tell Congress that his text message reassuring another envoy that there was no quid pro quo in their interactions with Ukraine was based solely on what President Donald Trump told him, according to a person familiar with his coming testimony in the impeachment probe.

Gordon Sondland, Trump's hand-picked ambassador to the European Union, is among administration officials being subpoenaed to appear on Capitol Hill this week against the wishes of the White House. It's the latest test between the legislative and executive branches of government, as the impeachment inquiry by House Democrats deepens.

On Monday, the House panels leading the investigation expect to hear from Fiona Hill, a former top National Security Council expert on Russia.

Sondland's appearance, set for Thursday, comes after a cache of text messages from top envoys provided a vivid account of their work acting as intermediaries around the time Trump urged Ukraine's new president, Volodymr Zelenskiy, to start investigations into a company linked to the family of a chief Democratic presidential rival, Joe Biden.

RELATED: Hunter Biden to step down from Chinese board

RELATED: Trump backs Giuliani, but some aides wish he would cut ties

One witness who may not be called before Congress is the still anonymous government whistleblower who touched off the impeachment inquiry. Top Democrats say testimony and evidence coming in from other witnesses, and even the president himself, are backing up the whistleblower's account of what transpired during Trump's July 25 phone call with Zelenskiy. Lawmakers have grown deeply concerned about protecting the person from Trump's threats over the matter and may not wish to risk exposing the whistleblower's identity.

Democratic Rep. Adam Schiff, chairman of the House Intelligence Committee, said Sunday, "We don't need the whistleblower, who wasn't on the call, to tell us what took place during the call. We have the best evidence of that."

Schiff said it "may not be necessary" to reveal the whistleblower's identity as the House gathers evidence. "Our primary interest right now is making sure that that person is protected," he said.

The impeachment inquiry is testing the Constitution's system of checks and balances as the House presses forward with the probe and the White House dismisses it as "illegitimate" without a formal vote of the House to open impeachment proceedings.

In calling for a vote, the White House is trying to press House Democrats who may be politically reluctant to put their names formally behind impeachment. But House Speaker Nancy Pelosi, D-Calif., has resisted those efforts and is unlikely to budge as Congress returns. Democrats say Congress is well within its power as the legislative branch to conduct oversight of the president and it is Republicans, having grown weary of Trump's actions, who may be in the greater political bind over a vote.

Rep. Jim Himes, D-Conn., said Sunday he'd be fine with taking a formal vote, "but it's not required."

"Look, my own opinion is that we ought to just take this off the table because it's such a non-issue, and there's no doubt in my mind that of course if Nancy Pelosi does that she will have the votes and that will pass," Himes said.

Sondland's appearance comes after text messages from top ambassadors described their interactions leading up to Trump's call and the aftermath.

Sondland is set to tell lawmakers that he did understand the administration was offering Zelenskiy a White House visit in exchange for a public statement committing to investigations Trump wanted, according to the person, who demanded anonymity to discuss remarks not yet given.

But Sondland will say he did not know the company being talked about for an investigation, Burisma, was tied to Joe Biden's son, Hunter Biden, the person said. Sondland understood the discussions about combating corruption to be part of a much broader and publicized Trump administration push that was widely shared, the person said.

In the text exchange, the diplomats raised alarm that Trump appeared to up the ante, withholding military aid to Ukraine over the investigation.

One seasoned diplomat on the text message, William Taylor, called it "crazy to withhold security assistance" to Ukraine in exchange for "help with a political campaign."

Sondland responds that the assertion is "incorrect" about Trump's intentions. "The President has been crystal clear no quid pro quo's of any kind," he said in the text message.

The person familiar with Sondland's testimony said that before Sondland sent that text, he spoke to Trump, who told him there was no quid pro quo. Sondland then repeated that message to Taylor.

Schiff appeared on "Face the Nation" on CBS and Himes spoke on ABC's "This Week."