G-7 ministers will also try to agree on a way to make coronavirus vaccines available around the globe. 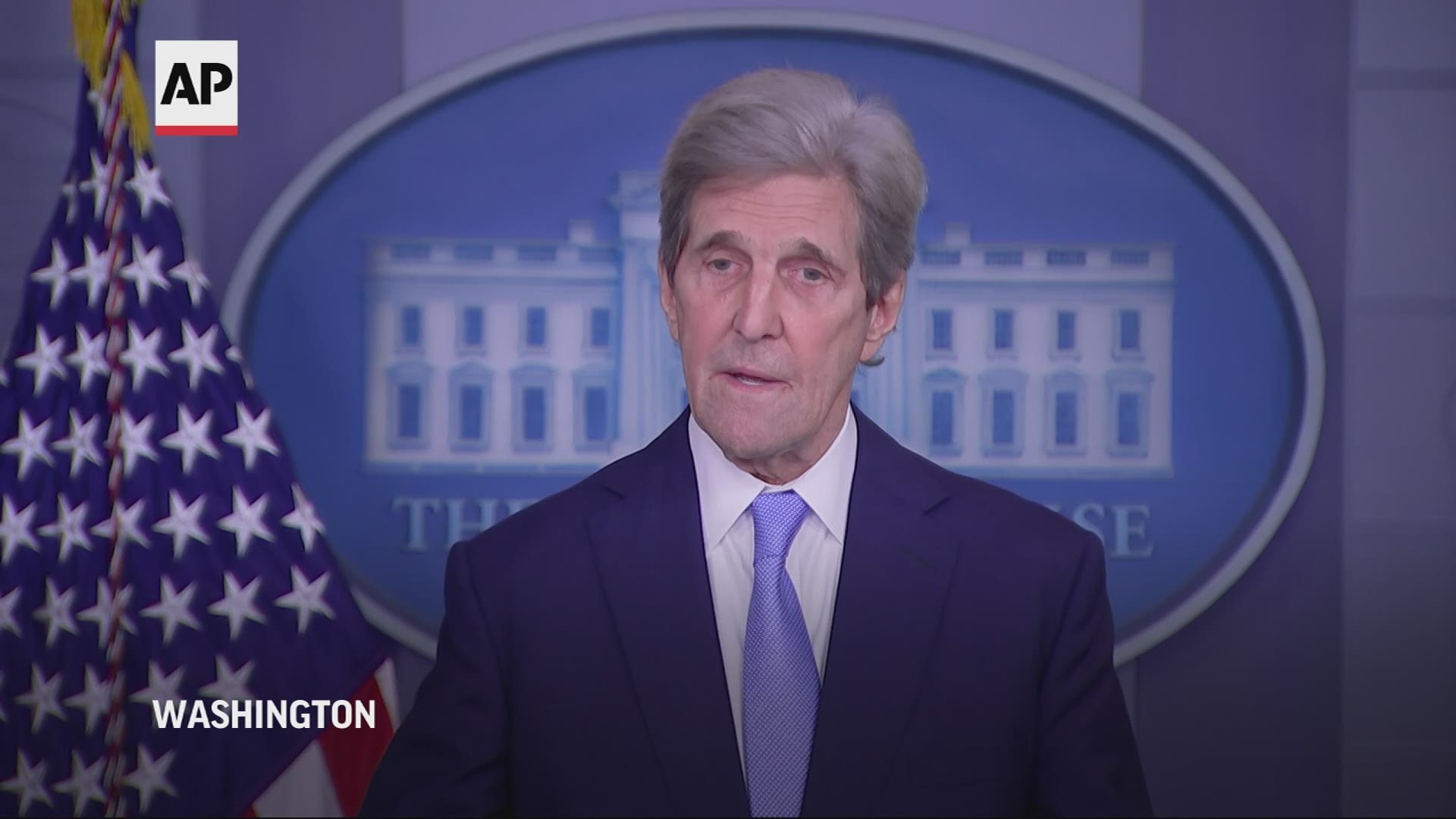 LONDON, UK — Foreign ministers from the Group of Seven wealthy industrialized nations are gathering Tuesday in London - their first face-to-face meeting in more than two years - to grapple with threats to health, prosperity and democracy.

Host country Britain has warned that the increasingly aggressive activities of Russia, China and Iran pose a challenge to democratic societies and the international rule of law.

U.K. Foreign Secretary Dominic Raab said Britain’s presidency of the G-7 this year “is an opportunity to bring together open, democratic societies and demonstrate unity at a time when it is much needed to tackle shared challenges and rising threats.”

Top diplomats from the U.K., the United States, Canada, France, Germany, Italy and Japan are holding two days of talks with an agenda that includes the coup in Myanmar, the Tigray crisis in Ethiopia and the precarious situation in Afghanistan, where U.S. troops and their NATO allies are winding down a two-decade deployment.

The U.K. Foreign Office said the group would also discuss “Russia’s ongoing malign activity,” including Moscow's troop buildup on the border with Ukraine and the imprisonment of opposition politician Alexei Navalny.

RELATED: Biden's first 100 days: Where he stands on key promises

G-7 ministers will also try to agree on a way to make coronavirus vaccines available around the globe. Wealthy countries have been reluctant to give up precious stocks until they have inoculated their own populations.

Organizers have taken steps to prevent the spread of COVID-19 at the London meeting, including setting up plastic screens between participants and making on-site coronavirus tests available.

The British government invited the foreign ministers of Australia, India, South Korea and South Africa to join parts of the meeting, including a Tuesday dinner at the grand Lancaster House in central London. The guest list was intended to underline the G-7’s support for democracies, as well as the U.K. government’s attempts to build stronger ties with Asia in the wake of the country’s departure from the European Union.

The government hopes the resumption of in-person G-7 meetings — after more than a year of disruption by the coronavirus pandemic — will give the group a jolt of energy and bolster attempts to forge a post-Brexit “Global Britain” role for the U.K.

Prime Minister Boris Johnson is set to host the other G-7 leaders at a summit in Cornwall, England, in June.

Opposition politicians and international aid organizations say the goal of Britain playing a bigger role in world affairs is undermined by the government's decision to slash its foreign aid budget from 0.7% of gross domestic product to 0.5% because of the economic hit from the pandemic.

Raab said Monday that the aid cuts were a “difficult decision” but insisted Britain would become “an even greater force for good in the world.”

Raab met Monday with U.S. Secretary of State Antony Blinken, who is due to hold talks with Johnson on Tuesday.

The U.S. and Britain both dismissed reports coming out of Iran that they are thrashing out a prisoner exchange deal with Tehran that could see the imminent release of British-Iranian woman Nazanin Zaghari-Ratcliffe and four Americans.

Blinken said “the reports coming out of Tehran are not accurate.”