Harris, Booker endorse Biden, Jesse Jackson backs Sanders: a look at who else endorsed them 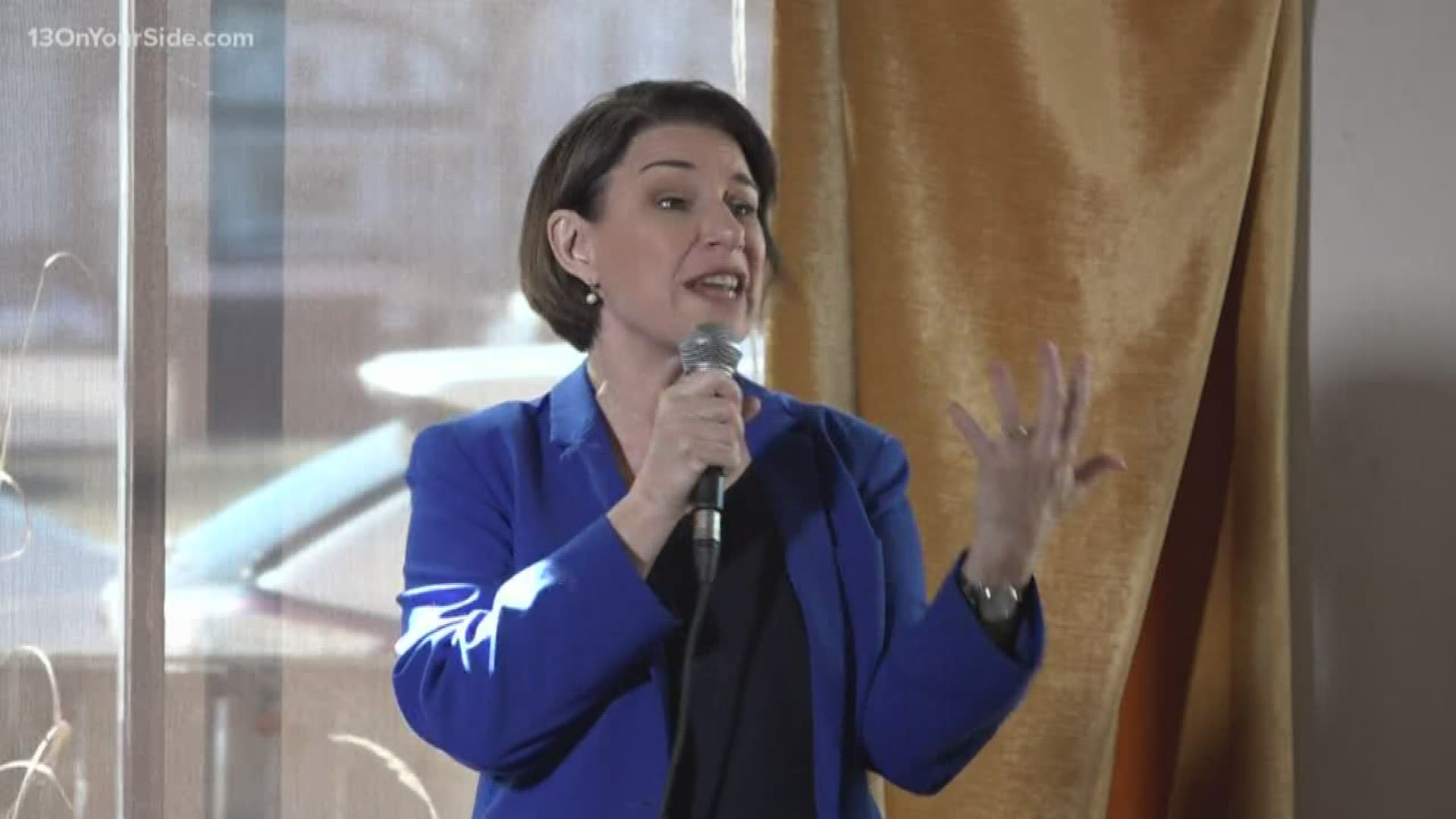 Sen. Cory Booker endorsed Biden for president on Monday, one day after the campaign announced Sen. Kamala Harris had endorsed him as well. Harris said she will "do everything in my power" to help elect him.

Harris and Booker are the latest dropouts from the Democratic presidential race to get behind the former vice president in his fight with Bernie Sanders for the nomination.

Since his big victory in South Carolina, Biden has gotten more than 40 endorsements from members of Congress and governors, according to CNN.

On Sunday, Sanders announced that he'd gained the backing of civil rights icon Jesse Jackson, who campaigned with him on Sunday in Michigan, the biggest prize among the six states voting Tuesday.

Politico has been tracking which candidates have been receiving the most support from prominent members of their party.

For Sanders, the list of endorsements Politico has tallied was at nine, as of the Sunday before the Michigan Primary, but would be at 10 when counting Jackson. The list includes Senator Patrick Leahy of Vermont, as well as Congresswomen Alexandria Ocasio-Cortez of New York and Rashida Tlaib of Michigan.

Those ten are fewer than the endorsements received by Harris, Michael Bloomberg, Sen. Cory Booker and Sen. Elizabeth Warren, all of whom are no longer running.

Hillary Clinton said Sunday on CNN that she will not endorse a presidential candidate. She added that she doesn't believe Sanders is "our strongest nominee against Donald Trump," Axios reported. Clinton did say she would support the person who wins the Democratic nomination, but didn't say if she would campaign for them if it were Sanders.

Clinton said, "I think what [Joe Biden's] victories on Super Tuesday showed is that he is building the kind of coalition that I have, basically. It's a broad-based coalition...I think Joe is on track to...putting together a coalition of voters who are energized."

While it seems unanimous that Trump has the backing of the GOP at large, it's possible that some former members of the White House administration still running for office might not back him.

Most notably, Trump seemingly said that he had sealed the deal of Jeff Sessions' poor performance in the Alabama Senate primary, in usual fashion for a fellow-Republican and once-cabinet member.

On Wednesday the president tweeted, "This is what happens to someone who loyally gets appointed Attorney General of the United States & then doesn’t have the wisdom or courage to stare down & end the phony Russia Witch Hunt."