The New York Times reports the video was shown during a conference for Trump's supporters. An organizer says it is reviewing how this happened. 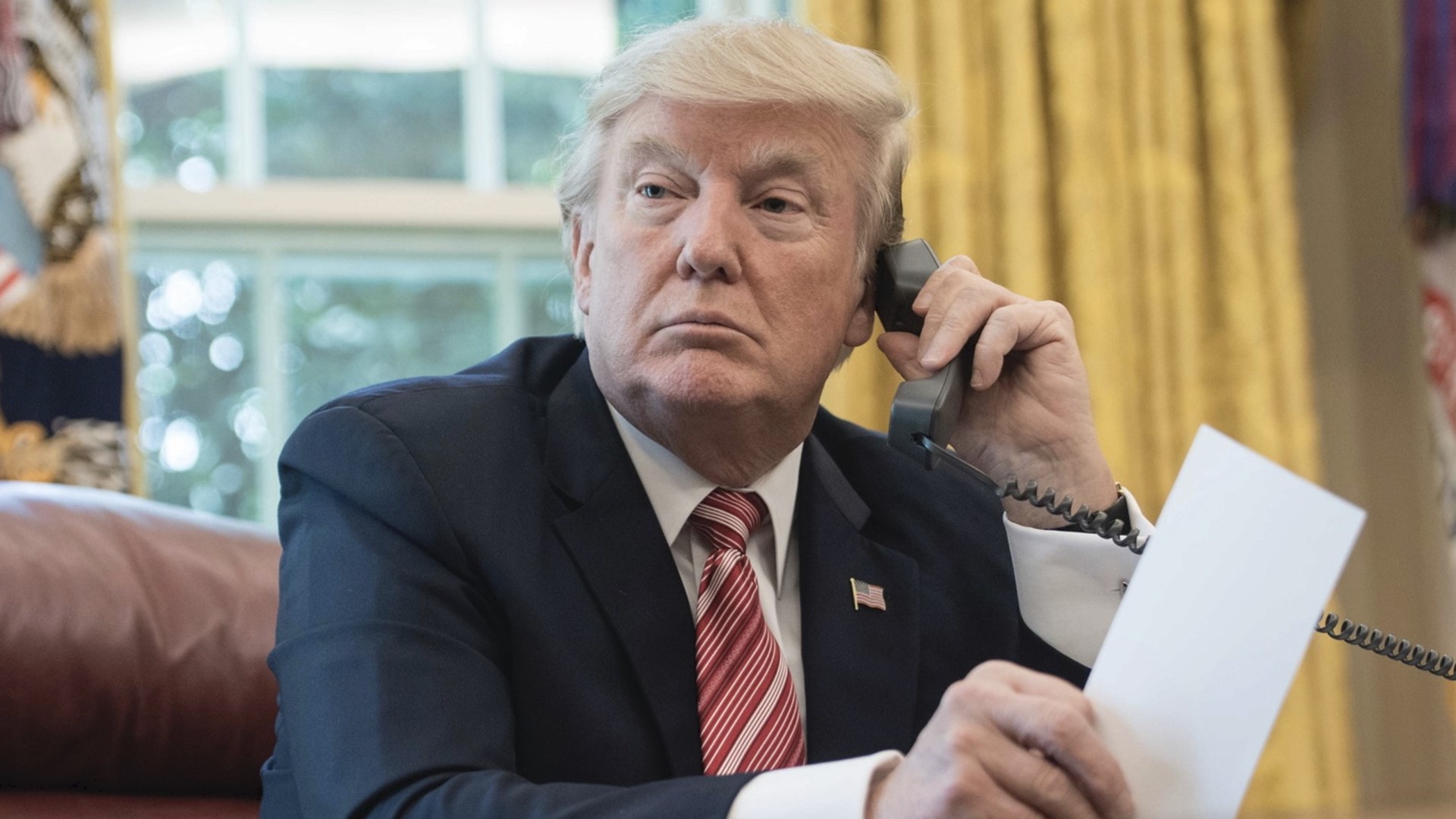 Editor's Note: As of Sunday night, the video can be seen here via Twitter. Due to its graphic nature, it could end up being taken down by the time this article is viewed. Discretion is advised.

A doctored video -- which depicts a man with President Donald Trump's face brutally assaulting, shooting and stabbing Trump's political opponents and the news media -- was shown at Trump's Miami resort during a conference for his supporters, The New York Times reports. The Times says someone at the conference recorded the video and gave it to an intermediary who then gave it to the Times.

Among those attacked in the video were the late Senator John McCain, former presidents Barack Obama and Bill Clinton, Hillary Clinton, and some two dozen media outlets.

The video doctors a scene from what appears to be the movie "Kingsman: The Secret Service," according to the Times.

The paper says an organizer for last week's American Priority conference at Trump National Doral Miami gave a statement in response. The organizer reportedly said the video was provided by a third party for a "meme exhibit" and that the group was reviewing how the content was allowed to be played.

"American Priority rejects all political violence and aims to promote a healthy dialogue about the preservation of free speech. This matter is under review," organizer Alex Phillips reportedly told the Times.

The assault is shown to take place in the "Church of Fake News." After attacking more than three dozen people and organizations, the video ends with a smiling Trump as the song "All I Do Is Win" plays.

There is no indication if Trump was aware of the video.

The video includes the logo for Trump’s 2020 campaign. A campaign spokesperson reportedly told the Times that the video was not produced by the campaign and that the campaign did not condone violence.

The White House did not immediately provide comment on the video, according to The Associated Press.

Individuals or groups attacked by the fake President Trump character in the video shown at his resort include, but not limited to:

The media outlets attacked in the video include:

The Times reported that parts of the video were posted on YouTube in 2018 by someone who has created pro-Trump mashups in the past.

Donald Trump Jr., former White House Press Secretary Sarah Huckabee Sanders and Florida Gov. Ron DeSantis were reportedly among those at the conference. According to the Times, a person close to Trump Jr. said he was unaware of the video being played at the conference. Sanders reportedly told the Times directly that she was also unaware, adding that she did not support violence of any kind.

DeSantis had not responded to a request for comment to the Times as of Sunday night.

Trump has previously tweeted or retweeted videos showing his perceived enemies being assaulted, but none as brutal as the video obtained by the Times. In 2017, the president tweeted a doctored video of himself from an appearance at WrestleMania in which he assaults WWE chairman Vince McMahon. McMahon's face was changed to look like the CNN logo.

Trump has also made statements such a these in the past.

"If you see somebody getting ready to throw a tomato, knock the crap out of them, would you? Seriously, OK? Just knock the hell ... I promise you I will pay for the legal fees," Trump said at a February 2016 campaign rally.

"Any guy that can do a body slam, he is my type," Trump said at a rally in Montana before the 2018 midterms. It was in reference to reports the Rep. Greg Gianforte body slammed a reporter.