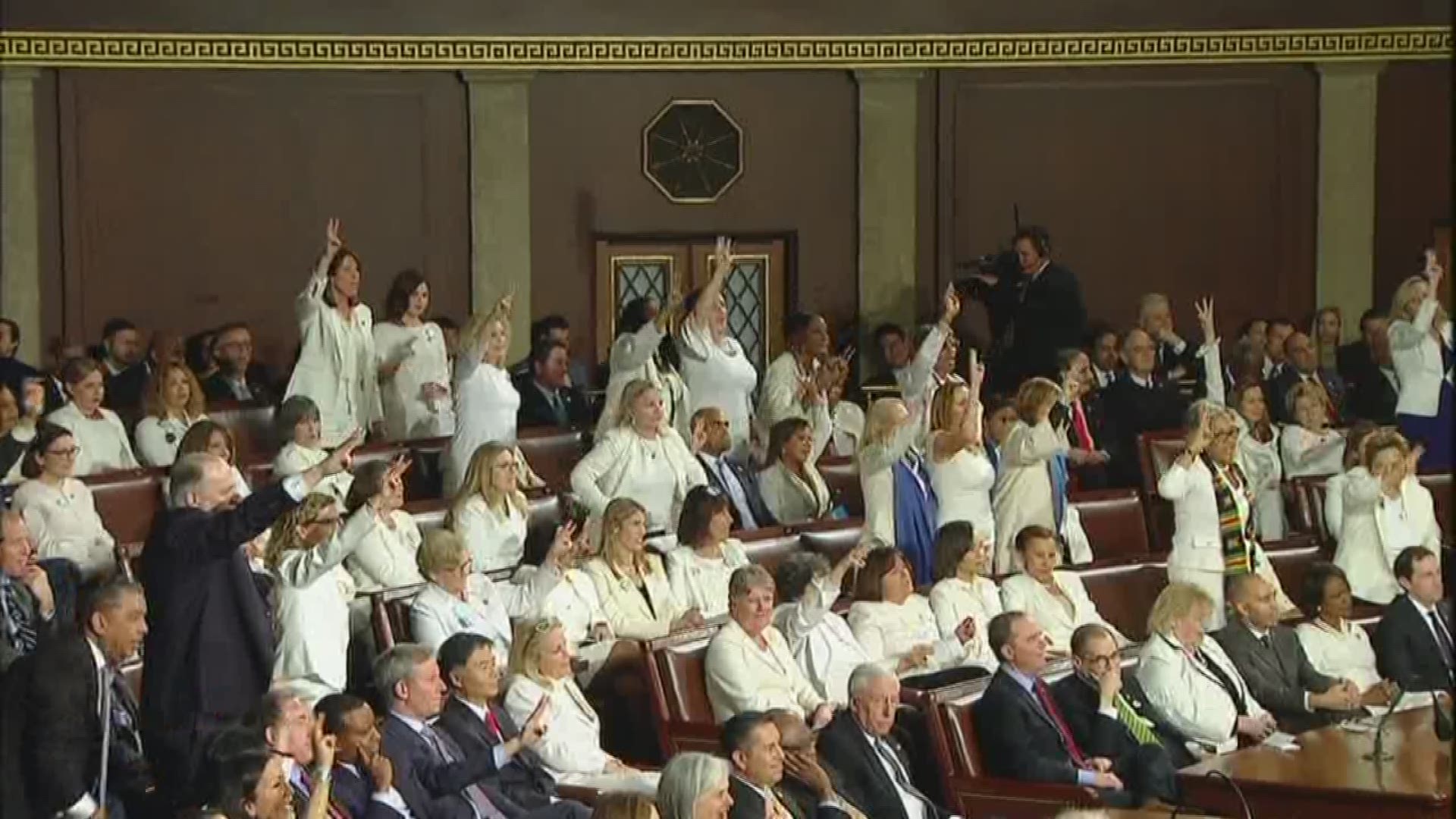 When President Donald Trump called on Congress during his State of the Union speech to send him legislation to lower prescription drug prices, House Democrats had a ready response.

The President was highlighting his work taking on "big pharmaceutical companies." He said his administration approved a record number of affordable generic drugs and the FDA was approving new medicines faster than ever before. Trump also said the cost of prescription drugs decreased for the first time in 51 years.

It was when Trump asked for bipartisan support for lowering drug prices that the Democrats stood up in protest.

RELATED: Pelosi shrugs off not getting handshake from Trump at State of the Union address

RELATED: Nancy Pelosi wore her Mace of the Republic brooch to the State of the Union. Here's what it means

"I am calling for bipartisan legislation that achieves the goal of dramatically lowering prescription drug prices, Trump said. "Get a bill to my desk, and I will sign it into law without delay."

Democrats got on their feet, raised three fingers and chanted "H.R. 3! H.R. 3!" referring to the late Rep. Elijah Cummings bill on drug pricing. Many democrats also yelled "You lie!" The bill was passed by the House in December on a largely party-line vote, but has remained untouched in the Republican-controlled Senate.

The bill, according to a statement on House Speaker Nancy Pelosi's website, would give Medicare the power to negotiate prices directly with drug companies and make those prices available to all Americans with private insurance.

Trump's State of the Union Address comes on the eve of his likely impeachment acquittal and in the aftermath of the chaotic first votes of the race to try and replace him.