Nancy Pelosi was reelected as House speaker as Democrats maintain a slim majority. 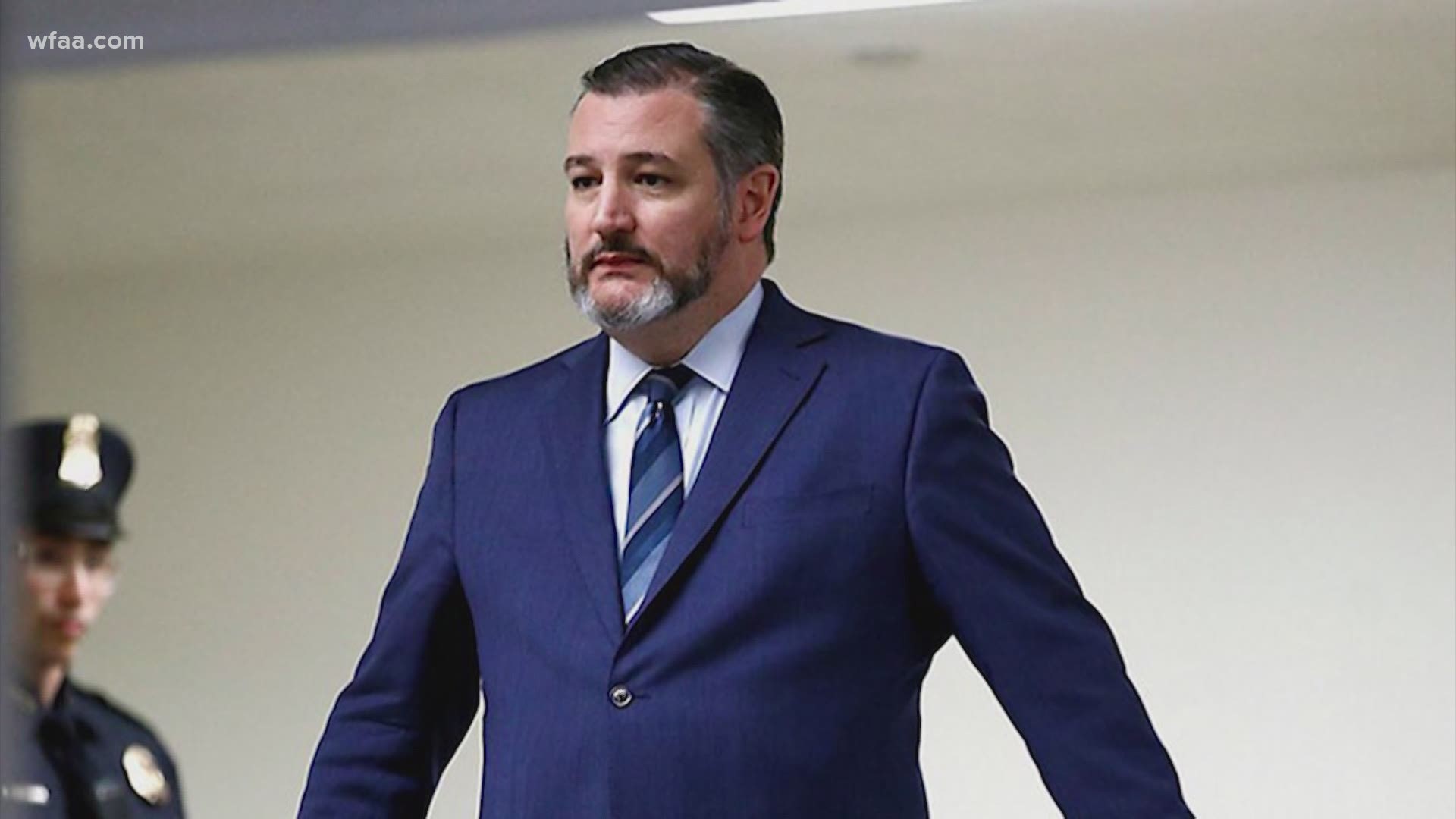 Congress convened Sunday for the start of a new session, swearing in lawmakers during a tumultuous period as a growing number of Republicans work to overturn Joe Biden's victory over President Donald Trump and the coronavirus surges.

Democrat Nancy Pelosi was narrowly reelected as House speaker by her party, which retains the majority in the House but with the slimmest margin in 20 years after a November election wipeout. Pelosi received 216 votes to 209 for Rep. Kevin McCarthy, R-Calif., who again will be the chamber's minority leader.

Opening the Senate could be among Mitch McConnell’s final acts as majority leader. Republican control is in question until Tuesday’s runoff elections for two Senate seats in Georgia. The outcome will determine which party holds the chamber.

The House and Senate opened at noon, as required by law, with strict COVID protocols. Elbow bumps replaced handshakes as senators took the oath of office. Fewer family members than usual joined lawmakers at the Capitol.

“To say the new Congress convenes at a challenging time would be an understatement," McConnell said as the chamber opened.

Still McConnell said with the start of a new year there are reasons for optimism, “let's make the American people proud.”

It’s often said that divided government can be a time for legislative compromises, but lawmakers are charging into the 117th Congress with the nation more torn than ever, disputing even basic facts including that Biden won the presidential election.

Fraud did not spoil the 2020 presidential election, a fact confirmed by election officials across the country. Before stepping down last month, Attorney General William Barr, a Republican appointed by Trump, said there was no evidence of fraud that affected the election’s outcome. Arizona’s and Georgia’s Republican governors, whose states were crucial to Biden’s victory, have also stated that their election results were accurate.

Nevertheless, a dozen Republicans bound for the new Senate, led by Sens. Josh Hawley and Ted Cruz, and even more in the House have pledged to become a resistance force to Biden’s White House, starting with efforts to subvert the will of American voters. These GOP lawmakers plan to object to the election results when Congress meets on Wednesday to tally his 306-232 Electoral College victory over Trump.

Vice President Mike Pence, who as president of the Senate, presides over the session and declares the winner, is facing growing pressure from Trump’s allies over that ceremonial role.

Pence's chief of staff, Marc Short, said in a statement Saturday that Pence “welcomes the efforts of members of the House and Senate to use the authority they have under the law to raise objections.”

Democrats, meanwhile, are pushing ahead, eager to partner with Biden on shared priorities, starting with efforts to stem the pandemic and economic crisis. They plan to revisit the failed effort to boost pandemic aid to $2,000 for most people.

“This has been a moment of great challenge in the United States of America filled with trials and tribulations, but help is on the way,” Rep. Hakeem Jeffries, D-N.Y., the chairman of the House Democratic caucus, said in an interview.

“America is a resilient nation, filled with resilient people,” he said. “We will continue to rise to the occasion, emerge from this pandemic and continue to march toward our more perfect union.”

Among the House Republican newcomers are Trump-aligned Marjorie Taylor Greene of Georgia, who has given nod to conspiracy Q-Anon theories, and gun rights advocate Lauren Boebert of Colorado, who circulated a letter of support to retain the right of lawmakers to carry firearms in the Capitol.

Greene was among a group of House Republicans led by Rep. Mo Brooks of Alabama who visited with Trump at the White House during the holiday season about their effort to undo the election.

The “Jan. 6 challenge is on,” Taylor Greene said in a tweet pinned to the top of her social media account. Boebert also tweeted support for those challenging Biden's victory.

House Republicans boosted their ranks in the November election, electing a handful of women and minorities, more than ever. Some of the new GOP lawmakers are being called the “Freedom Force,” and a counter to the “squad” — Rep. Alexandria Ocasio-Cortez of New York and other liberal Democratic women who swept to office in the last session.

In a statement Rep. Kevin McCarthy, R-Calif., the minority leader, said the new Republican members “are a strong representation of who America is and where we come from.”

The Capitol itself is a changed place under coronavirus restrictions. Lawmakers are arriving in Washington from all parts of the country potentially exposed to the virus during their travel.

Several lawmakers have been sickened by the virus and some will be absent Sunday. Also, a memorial was held Saturday for newly elected Republican lawmaker Luke Letlow, 41, of Louisiana, who died of complications from COVID-19 days before the swearing in.

The Office of the Attending Physician has issued several lengthy memos warning lawmakers off meeting in groups or holding traditional receptions to prevent the spread of the virus. Masks have been ordered worn at all times and Pelosi has required them to be used in the House chamber. Members are required to have coronavirus tests and have access to vaccines.

“Do not engage any in-person social events, receptions, celebrations, or appointments, outside your family unit, and always wear a face covering outside your home,” the physician’s office warned in one memo. “You should strictly avoid any type of office-based reception or celebration during the days ahead.”

Even the traditional swearing in ceremonies will be limited in the House. No more big family portraits with new lawmakers taking the oath of office. Instead, each representative-elect can bring one guest in line with social distancing protocols.

The vice president typically swears in the senators and Pence elbow-bumped senators as he did.

Pelosi, who is returning as speaker, faces a tight race, with the House split 222-211, with one race still undecided and one vacancy after Letlow's death.

The California Democrat can endure some defections from her ranks, but only a few, barring absences. In a letter to colleagues Sunday, she said she was “confident that the Speaker’s election today will show a united Democratic Caucus ready to meet the challenges ahead.” She needs to win a majority of those present and voting to retain the speaker’s gavel.