Kaepernick's portion of sales will support his Know Your Rights Camp, which has a curriculum centering around the wellbeing of people of color. 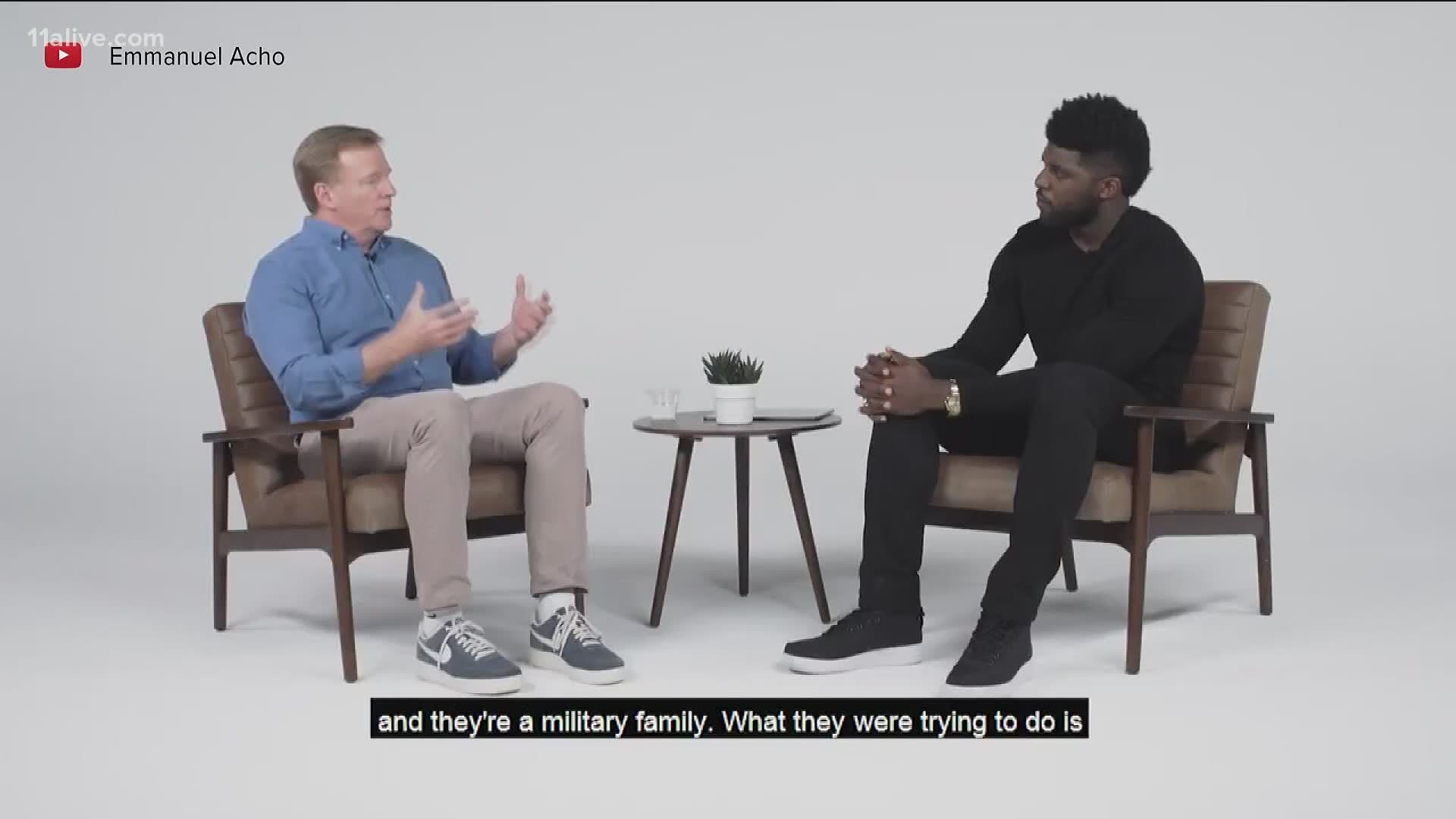 Editor's note: The related video above was published Aug. 25.

Kaepernick's portion of sales from the ice cream will be matched by Ben & Jerry's to support Know Your Rights Camp, a nonprofit he founded to fight systemic racism and help Black and other people of color through education and self-empowerment.

"I'm honored to partner with Ben & Jerry's on Change the Whirled," Kaepernick said in a statement. "Their commitment to challenging the anti-Black roots of policing in the United States demonstrates a material concern for the wellbeing of Black and Brown communities. My hope is that this partnership will amplify calls to defund and abolish the police and to invest in futures that can make us safer, healthier, and truly free."

RELATED: Roger Goodell says he wished he had 'listened earlier' to Colin Kaepernick

The former San Francisco 49ers quarterback became exiled from the league after the 2016 season when he took a knee during the national anthem to protest police brutality and racial inequality.

I’ve teamed up with @BenAndJerrys to serve up joy on the journey to justice!

100% of my proceeds will go to @yourrightscamp with matching support from Ben & Jerry's pic.twitter.com/OouYwUXPXK

In August, NFL Commissioner Roger Goodell said he should have "listened earlier" to Kaepernick to understand what the quarterback was trying to bring attention to by kneeling during the anthem.

The new ice cream flavor will be available in the United States, Ireland, the United Kingdom, Germany, Switzerland and the Netherlands beginning in 2021. It has a suggested retail cost of $4.99 to $5.49.