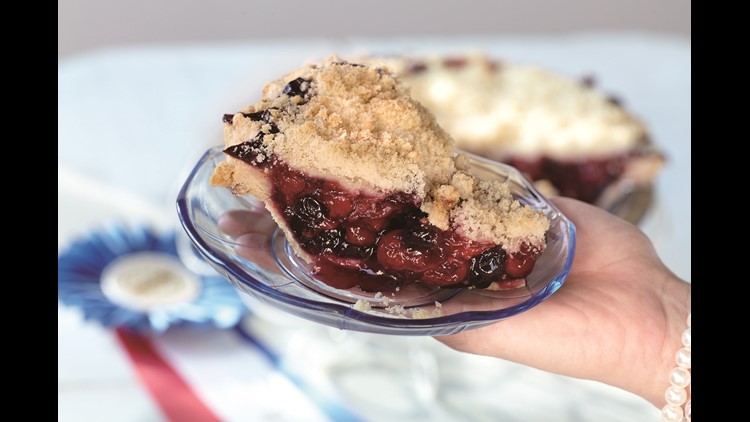 The pies have it: These bakeries serve up summer fruit creations 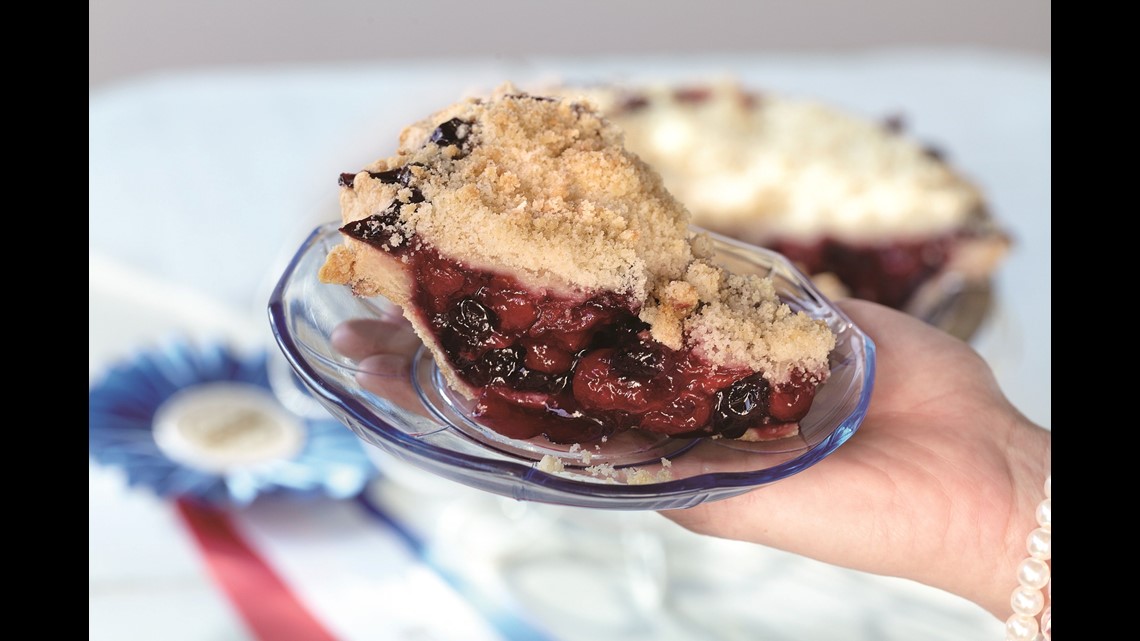 While pie is always a treat, it seems to reach its zenith during summer months when bakers use fresh fruit in their creations. “There are so many memories tied to pies,” says Linda Hoskins, executive director of the American Pie Council (piecouncil.org), who recalls picking blackberries in her backyard as a child for her grandmother to bake into pies. She shares some favorite slices with Larry Bleiberg for USA TODAY.

Hoskins visited this Scandinavian-style shop to load up on pies and walked out with five selections. “They have so many great pies; I just couldn’t choose what to buy,” she says. With hand-rolled crusts, the pumpkin, apple, raspberry cream cheese and Death by Chocolate were all wonderful, but her family’s favorite was cherry. norskenook.com

This Finger Lakes-region bakery makes a popular pie with local grapes, but Hoskins swears by the blueberry glaze pie. The structure, she says, is perfect. “In a lot of pies, they’ll be in a slurry or compote, but they were all separate individual berries. They were sweet but not too sweet, and the crust was melt-in-your-mouth good.” monicaspies.com

Not only does this retro-style bakery have a cute name, but its pies are just as endearing, Hoskins says.  Her favorite, the Cherry Cherry Berry pie, offers layers of fresh Michigan cherries, dry cherries and blueberries. “It has this brown sugar buttery crust that’s really crunchy,” she says. “This one always makes me hungry.” sweetie-licious.com

The pie-loving owners share their passion far and wide, offering baking classes for children and adults. Hoskins is particularly fond of their strawberry rhubarb. “Rhubarb’s kind of a bitter vegetable, but once you soften it up, it takes on the flavor of the strawberry and gives it a nice texture,” she says. thepielabbakery.com

Hoskins says she was impressed by a raspberry pie from this small-town bakery. “The design on it was so beautiful.” But the peach and apple are standouts, too. “She’s very good at fruit pie … and chocolate.” lisaspies.com

From pineapple mango to apple caramel crumb to macadamia coconut crumb, there really isn’t a bad choice at this bakery, Hoskins says. “She’s got some unusual ones.” The bakery even has a touch of glamour, having provided pies for a gift bag at the Daytime Emmy Awards. “I love to go there and buy a whole bunch of mini pies.” michelespies.com

A three-time best of show winner at the National Pie Championships, Evette Rahman of Sister Honey’s decided to step down from competition and serve as a judge. “My favorites are her strawberry cheese pie and her Cherry Amour pie, but you can’t go wrong selecting any pie in her bakery,” Hoskins says. sisterhoneys.com

Hoskins' hometown bakery offers a pie happy hour every afternoon, offering a free cup of coffee to anyone who purchases a slice. But that’s just icing on the cake, so to speak. “I’ve had almost every pie flavor there, but the peach is especially good. His crust is great, of course, but I just love that fruit.” jaylovells.com

White Post Farm in Melville, New York, is known for its apple crumb offering, which New York has adopted as its official state pie. Its blueberry cream is popular too.
Jeremy Merriam

This Long Island bakery and farmers market lures visitors with a garden center and a petting zoo featuring exotic animals. It’s also known for its apple crumb offering, which New York has adopted as its official state pie. The topping’s made with butter and brown sugar. “It’s got all the good crunchy stuff that adds a lot of texture,” Hoskins says. whitepostfarms.com

Although renowned for its pecan pie, this bakery owned by a trio of brothers surprised everyone by winning an American Pie Council award last year for its Key lime. “It was shocking,” Hoskins says. It has three locations in Houston and also ships. 3brothersbakery.com

Destination pies across the USA