Harvey Terrill has made it his mission to volunteer at a San Antonio hospital, where he's served 25,000 hours and saved them half a million dollars. 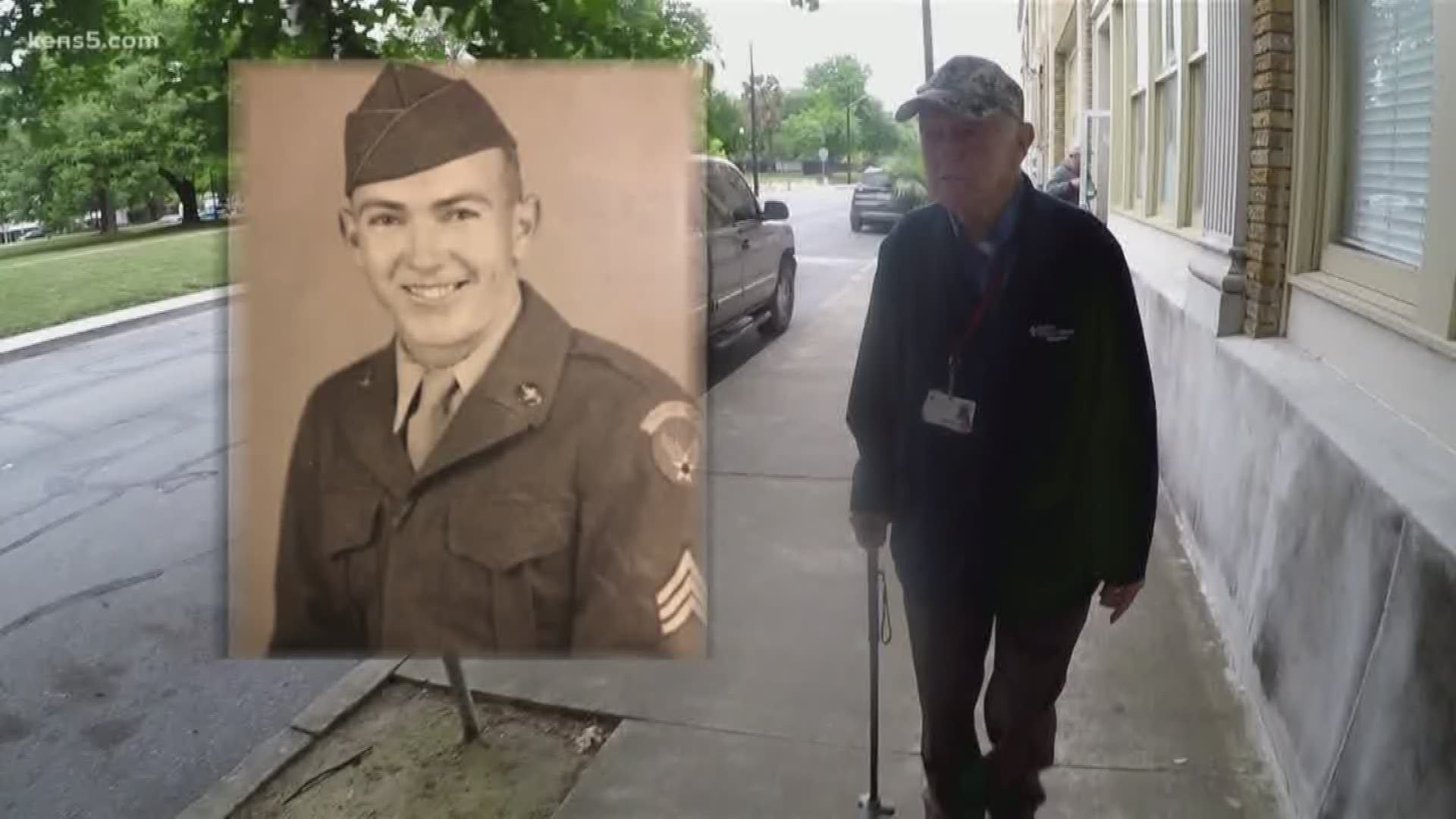 SAN ANTONIO — Ninety-two-year-old Harvey Terrill served in the Army Air Corps during WWII. He was a mechanic and had multiple jobs after his military service, which included working as a postal service employee and working with animals.

Terrill now spends his time volunteering at Baptist Medical Center in downtown San Antonio. He’s been a volunteer for more than 25 years. He moved closer to the hospital and walks nearly two blocks, four times a week.

Terrill said he had to walk to deliver mail for 35 years in the postal service business and doesn’t mind the trek to the hospital.

“I think it helped me all that time, 'cause I was carrying 35 pounds on my back,” recalled Terrill.

He’s stationed at the front desk in the surgical waiting area of the hospital. Terrill is the liason between physicians and patient’s families.

“It has been just wonderful to have him. It makes a big difference when we don't' have to keep coming out, leaving our patients over here to come out and call,” said Rose Guerrero, a registered nurse at the hospital. “I know when he's not here, the family members are very stressed. They're coming back and forth, wondering where they're at. But when Mr. Terrill's here, he's always telling family members, giving them updates.”

Terrill also, hands out cookies to family members waiting in the area and holds devotionals to lift people’s spirits.

“I'll read a few verses out of the Bible, pray for the doctor, the nurse, the patient, the family and then, for myself. We're a team and we work together,” he said.

When asked if he knows how long he’ll continue to volunteer at the hospital, Terrill said that decision will not be made by him.

“Some mornings, I wake up and think, '92 years old, what are you doing, getting up and going to work?' But I come over here, and the room fills up with people. I know I'm doing what I'm supposed to,” he said with tears in his eyes.

“The Lord may decide tomorrow I've done enough and call me home. I don't know. I think I'm still here on God's time.”

Baptist Medical Center said Terrill has volunteered 25,000 hours since 1994. He’s the oldest active volunteer at its location. The hospital said Terrill’s volunteer efforts have saved them half a million dollars.