According to the mayor's office, San Antonio has not received a major federal transportation grant for more than a decade. 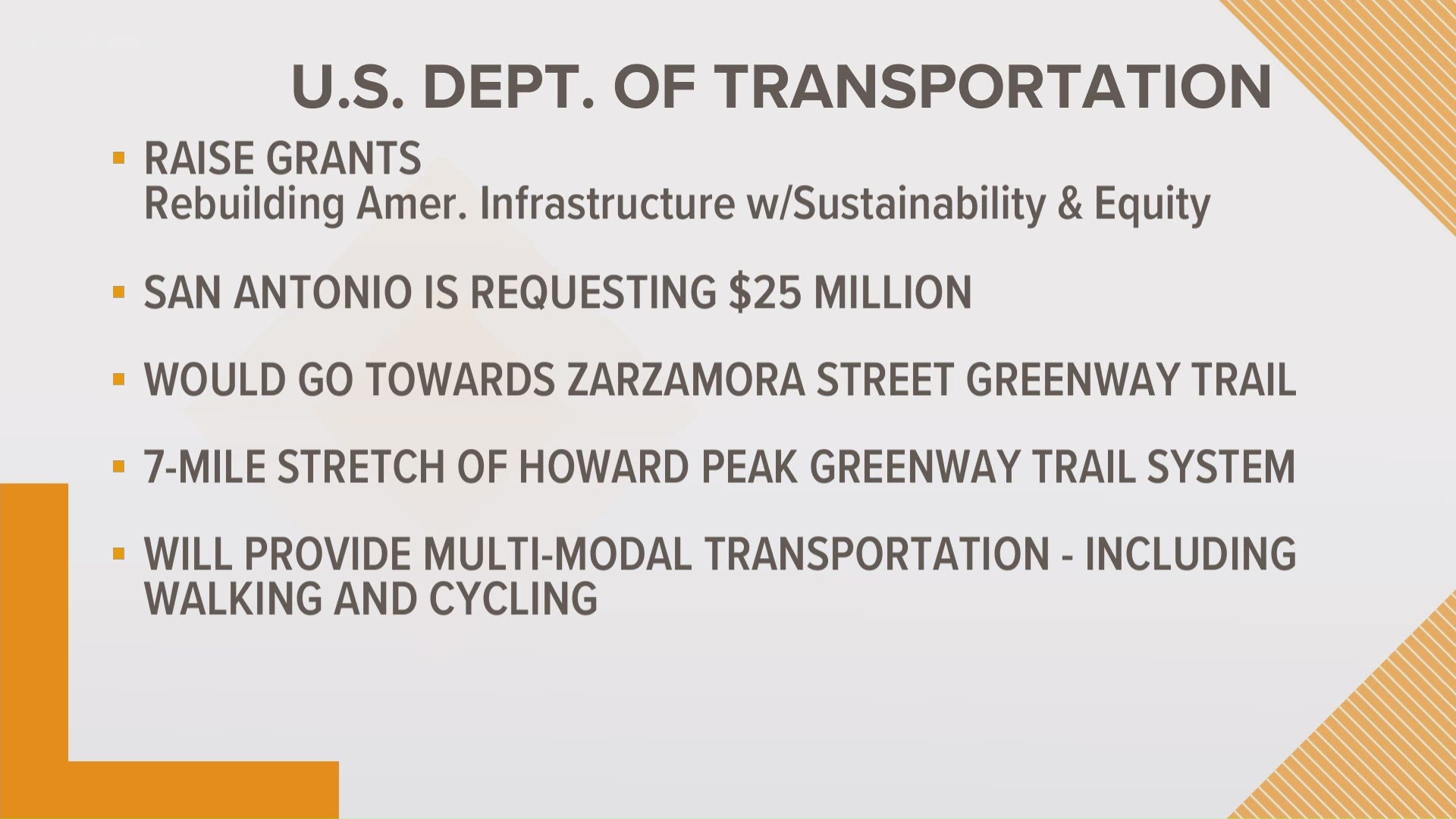 SAN ANTONIO — San Antonio Mayor Ron Nirenberg is heading to Washington D.C. to advocate for a major project in the city.

According to the mayor's office, San Antonio has not received a major federal transportation grant for more than a decade. The future of the trail system in San Antonio is something the mayor is hoping to get some big funding for with the U.S. Department of Transportation Raise Grants.

This specific grant is $25 million and would be used for the Zarzamora Creek Greenway Trails Project.

"It is important to connect people for multimodal access to their employment centers into the neighborhoods," the mayor said. It helps with quality of life and leads to the healthy and vitality of our neighborhoods."

The money would be used for engineering, right-of-way, and construction funds to the Zarzamora Creek Greenway Trail, which is about 7.1 miles of the 82-mile Howard W. Peak Greenway Trails System.

"This particular section of the Greenway Trails Program, the Zarzamora Street section is a really important connection to connect with our communities of color," Nirenberg said.  And those parts of the trail system that frankly have not been done yet and people have been waiting on for a long time, it shows that the entire community has invested over the Greenway Trails project over the last couple of decades. The entire community deserves to benefit from it."

It is adjacent to the VIA Metropolitan Transit Ingram Transit Center. According to the city, over 82 miles of trails have been completed, and 15 miles are under construction.

The city reports another 17 miles are in some stage of planning or design across San Antonio and Bexar County.

Recovery from the pandemic is still top of mind for Mayor Nirenberg. He also plans to meet with officials about funds under the 'American Rescue Plan' and 'Jobs Act.'

"We are going to be talking a lot about infrastructure that is needed here in San Antonio," he said.

Teen extracted from vehicle, in critical condition, after crash on the San Antonio's southeast side