The man reportedly smashed the front door and damaged a door to a judge’s chambers. 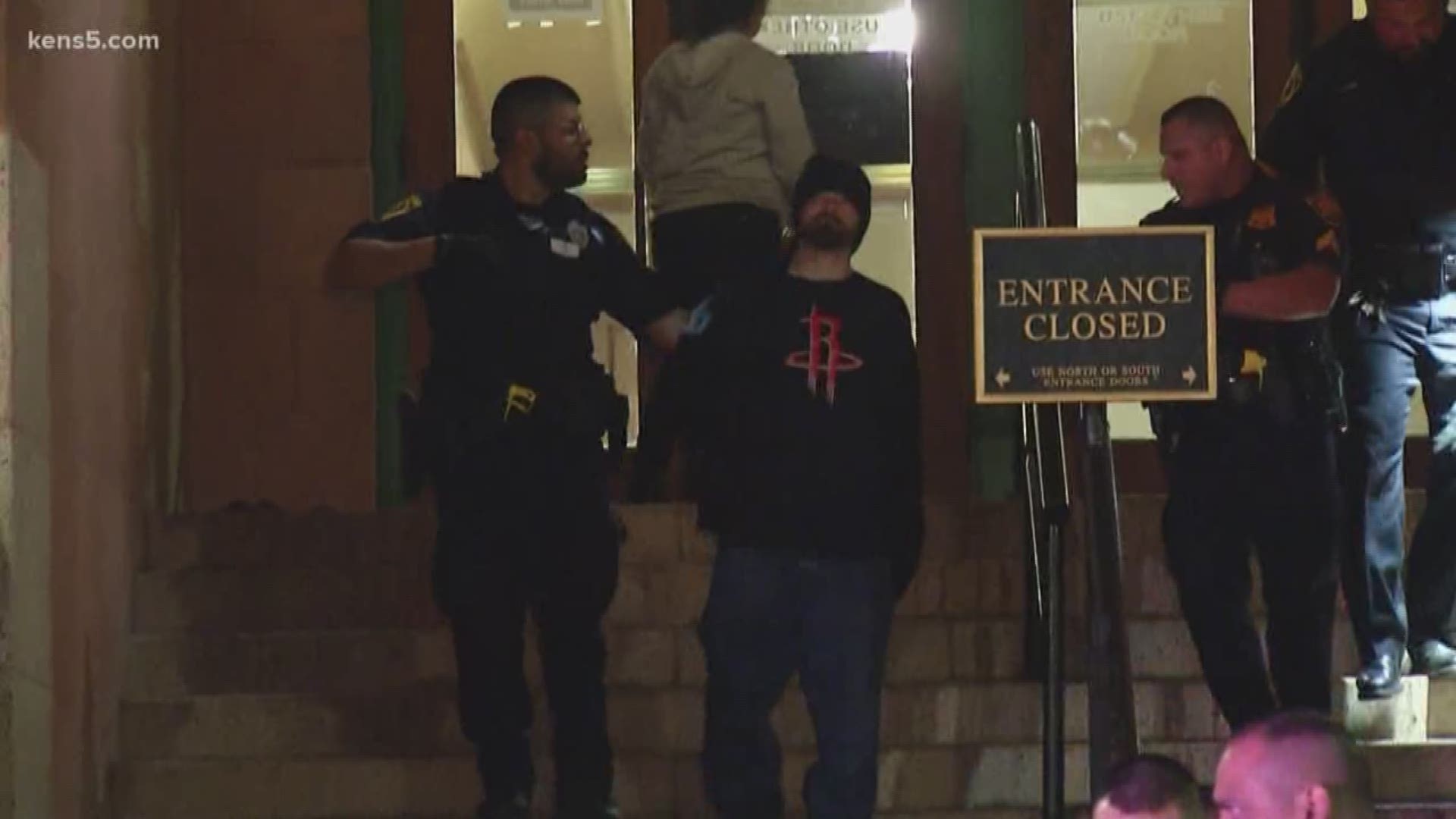 Michael Bass, 40, faces a Class A Misdemeanor Charge of Criminal Mischief ($750 to < $2,500), as well as a Class B Misdemeanor Criminal Trespass charge.

Police say the man managed to get into the building on Dolorosa around 12:30 a.m. and made his way to the second floor. He reportedly smashed the front door and damaged a door to a judge’s chambers. He tried climbing out a window, but there was chicken wire blocking it, according to police.

A cleaning person reportedly spotted the man and called police. He was arrested by SAPD officers and turned over to Bexar County Deputies.