Investigators said the dad took the child along as he broke into a home and attacked an officer. 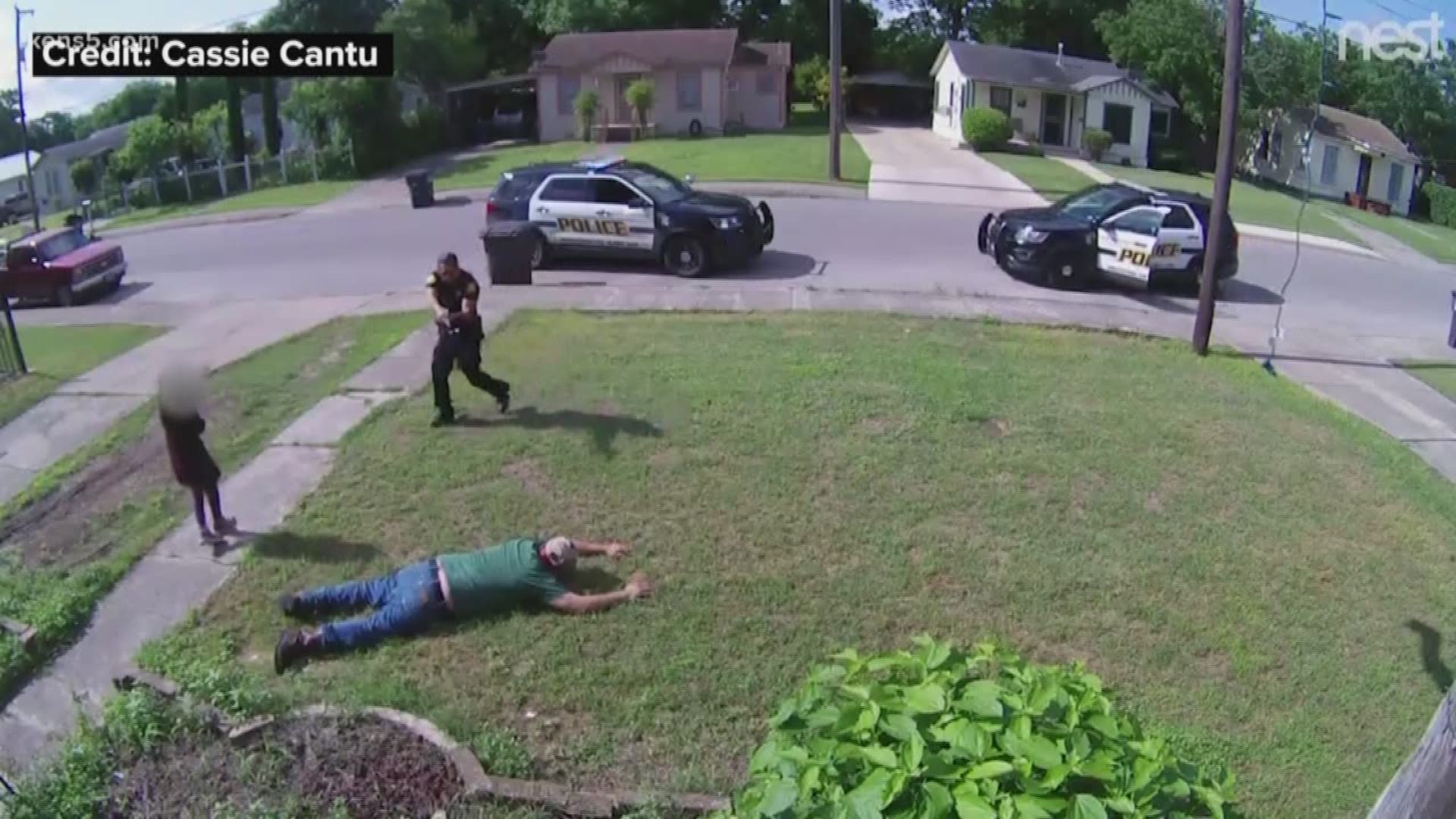 A San Antonio police officer is in the hospital, recovering from injuries sustained during a confrontation with a burglary suspect.

Police were called to the city's south side Tuesday morning, where a homeowner reported a man had broken into his home and assaulted him. When police arrived to the 500 block of West Burcham Ave, an officer spotted the suspect, 42-year-old Alexander Garza, with his nine-year-old daughter.

SAPD Officer Monica Ramos told reporters Tuesday morning that the man was not responding to verbal commands when confronted by the officer, a 19-year SAPD veteran.

The altercation turned physical, SAPD said, at which point the officer tried unsuccessfully to Tase the suspect. More officers arrived at the scene and were able to restrain the suspect.

A witness told KENS 5 that her sister saw it all.

"He started hitting her, and then he flipper her at one point," she said.

KENS 5 obtained scanner traffic, in which the injured officer yells what happened. "Yes, I deployed a taser on him, but he still came back, punched me a few times," she said.

Video of the moment of arrest was captured by a doorbell video camera, which recorded officers pulled their guns on the suspect in front of the nine-year-old girl. 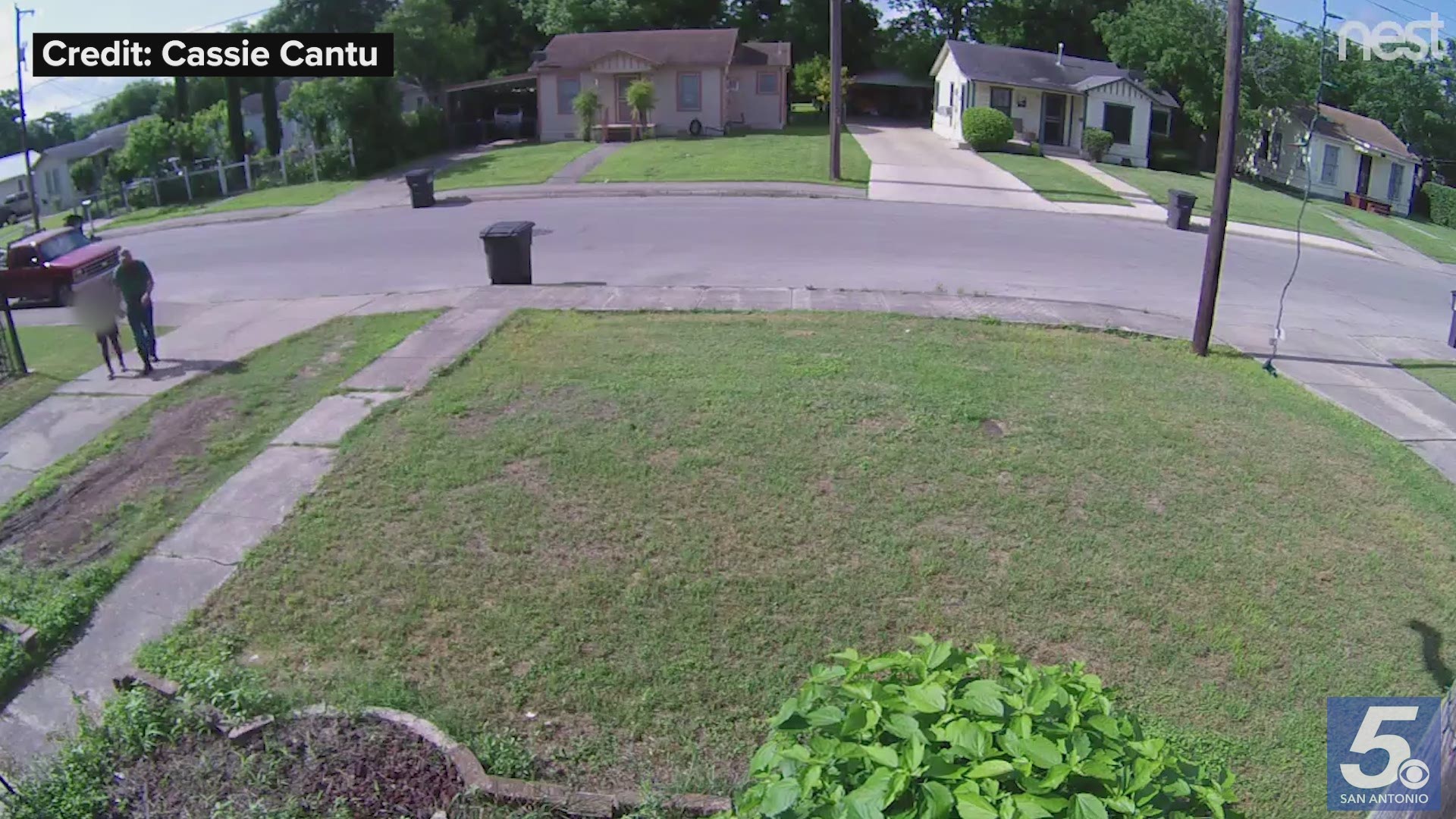 Ramos said the suspect did not seem to be "in the right frame of mind."

His daughter was unharmed and taken to police headquarters, where officers are working to track down another relative. The suspect is facing assault and burglary charges.

The officer sustained a concussion, SAPD said. Police said she also sustained injuries to her face.