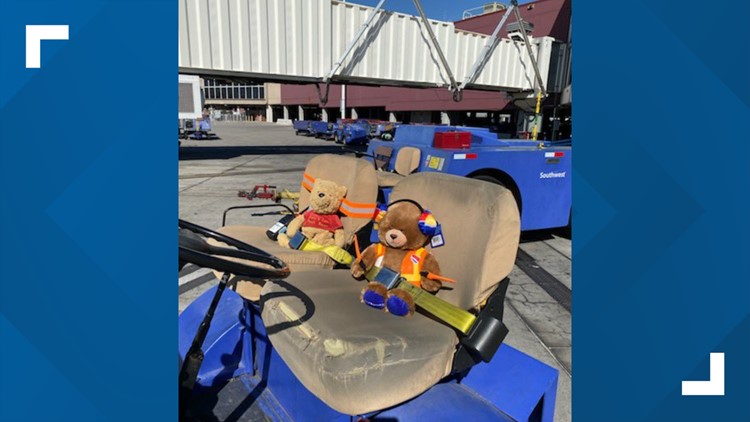 KANSAS CITY, Mo. — Southwest Airlines went above and beyond to organize a sweet reunion for a young passenger. And it was all thanks to the power of social media.

Rebecca Kurtz put out a call for help on Twitter after her daughter left her beloved Pooh Bear on a flight from Kansas City to Las Vegas on Feb. 15.

She said it was her daughter's first Christmas present 12 years ago and goes with her almost everywhere.

The tweet showed a photo of the girls Pooh Bear and a new friend, a Southwest Bear. The bear was found by Southwest Airlines employee Gareth Reynolds who brought him back home.