Long lines accompany the first day of early voting, aspirations of the future

Bexar County voters have something to say, as demonstrated by the turnout for the first day of early voting. But we won't know what it is until Nov 3. 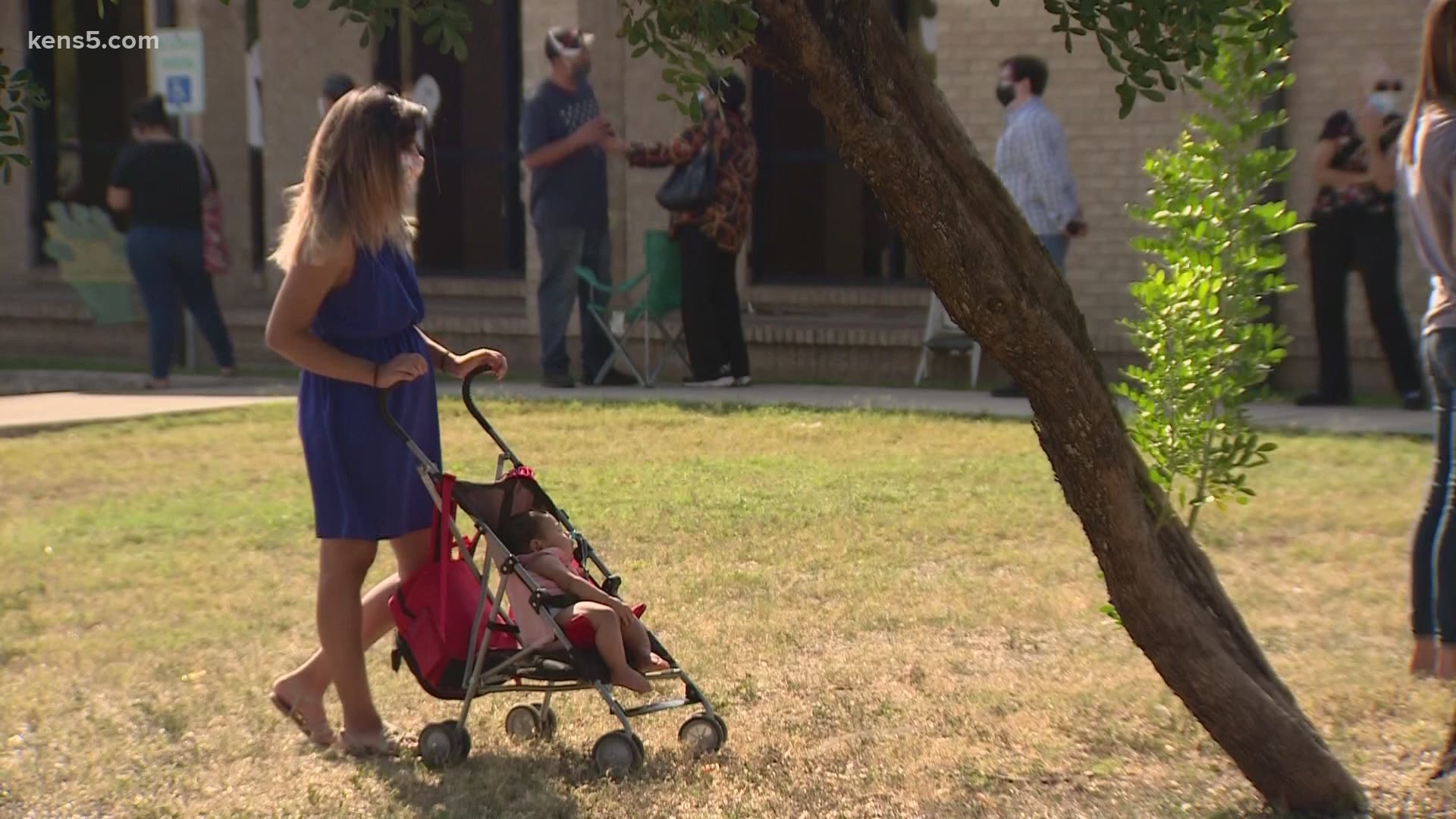 SAN ANTONIO — Ruperto Garcia and his wife Eva said they do not pass a chance to cast their ballot. Garcia remembers what his mother had to go through to vote.

"When I was young, my mother would always let us know we needed to vote," Garica said. "She kept every one of her poll tax (cards)."

The Garcias went to San Antonio's Cody Library, 11441 Vance Jackson Rd, to vote. They'd never seen a line of voters like this before the general election in November.

But the long line didn't serve as a deterrent.

"If we can go to the grocery store, we can come vote," Eva said.

At Memorial Library on Culebra Rd, Maria Garrity brimmed with anticipation to get her vote in early.

She and other voters call the election of 2020 an important one.

"I'm just excited to see the people out here in spite of the virus and everything that's going on," she said.

"We always try to get here the first day---might as well get it over," Monsivaiz said."

Alvarado said from experience, the first two days of early voting are heavy. The lines don't disturb her. What's happening away from the poll creates dismay.

"Our freedom seems to be eaten away more and more every election," she said. "It's gotta stop."

Manuel Rodriguez believes in the power of his vote. He decided the polls is where he can make a change.

"There's a lot of issues more so than there have been in the past that are affecting the daily lives," he said.

Andre and Maria Gonzales said nothing could stop them.

"There's a line. It doesn't matter," Maria Gonzales said. "You wait. Because you're voting for the future of your country."

Family doctor Ezara Gutierrez and her staff tossed away their lunch hour to stand in line to vote.

"It's something that I've been doing since I was eligible do it," Gutierrez said. "But maybe even more so this year just because we have a lot of public health issues that we really need to get taken care of."

Back at Cody Library, voters in line got bottled water as they waited in line.

Ruperto Garcia is pleased so many took advantage of a right that came at a different price for his mother.

"It makes you feel like you're in America," he said.