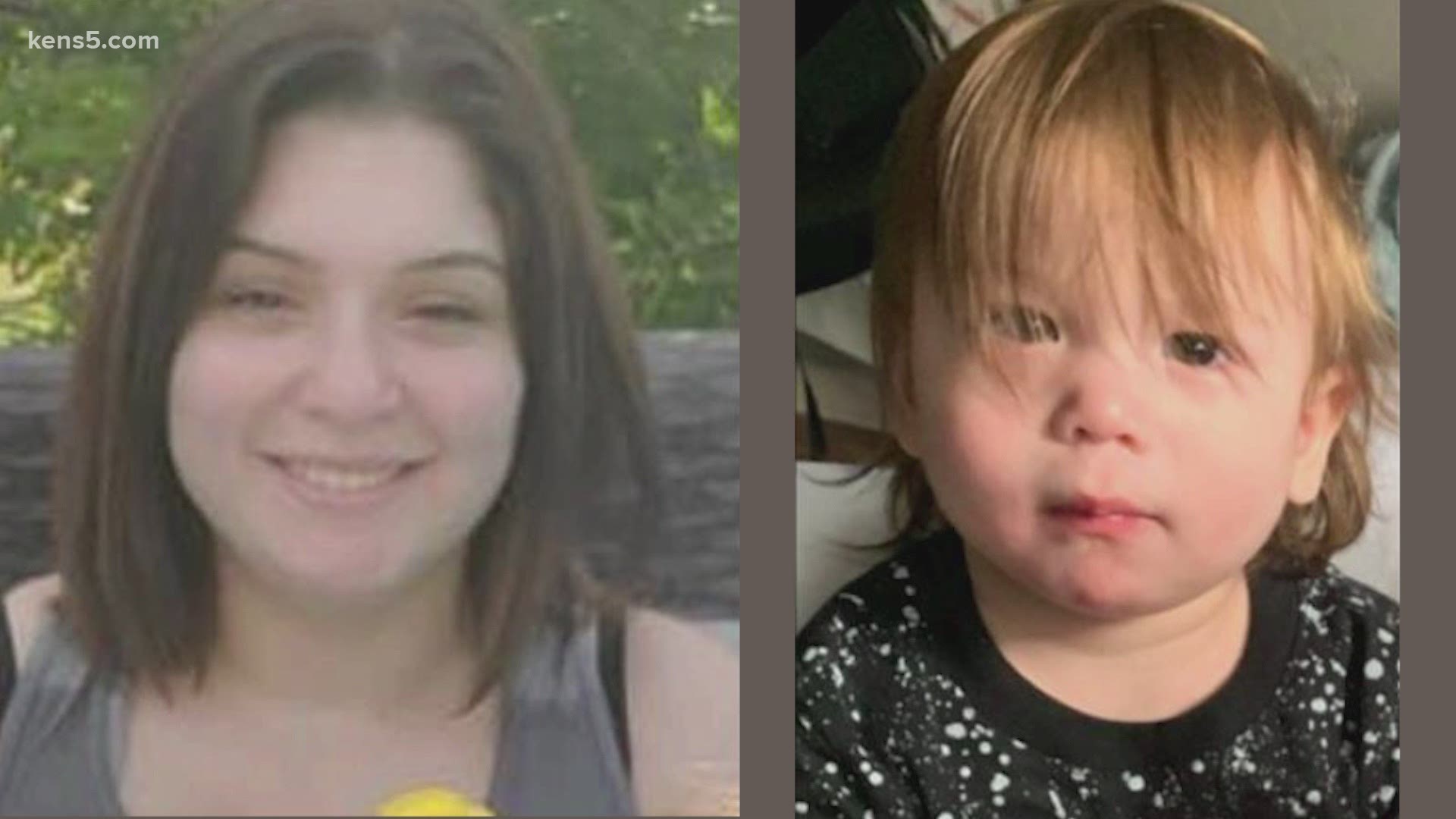 SAN ANTONIO — Police are asking for your help to find a young mother and her son last seen on the west side last month. According to the San Antonio Police Department, the two are listed as missing.

Dlanny Reaneille Chairez has straight, shoulder length brown hair and a flower tattoo on her left back shoulder. She is 4'11" and weighs 210 pounds.

Also missing is her year and a half old son, James Avi Chairez. He has straight, shoulder length orange hair. James is about 2'6" and weighs about 28 pounds.

They were reported missing on February 22 and were last seen in the 7600 block of Southwest Military Drive.

SAPD said the mother is an adult and has custodial rights, but they are hoping she will contact them police to let them know they are both alright.

Mariesol Gomez is Dlanny's aunt. She said she hasn't see the baby since Thanksgiving. The great aunt of the child, fears he may not be alive.

"I have no reason to believe that he is at this point," she said. My heart wants to tell me that he is in good hands with somebody. But, my mind races with different scenarios."

Gomez said the last time she saw her niece was around the end of February. Gomez said since November she had been asking her niece to see James.

"I got tired of hearing that he is asleep, or we are not home," she said. "I would go over knock and she wouldn't answer me."

Gomez said not one family member has seen the 18-month-old since November. The family filed a missing person's report on the baby and his mother just a few weeks ago. Gomez said the mother stopped communicating with the family around that time.

"I would like to find her and make sure she is fine," Gomez said. "And that way I can get the answers that I need to where the baby is. I am not going to give up until I find him."