Bexar County Judge Nelson Wolff believes he's an accomplished man. But he did not rise to prominence and influence without learning from defeat. 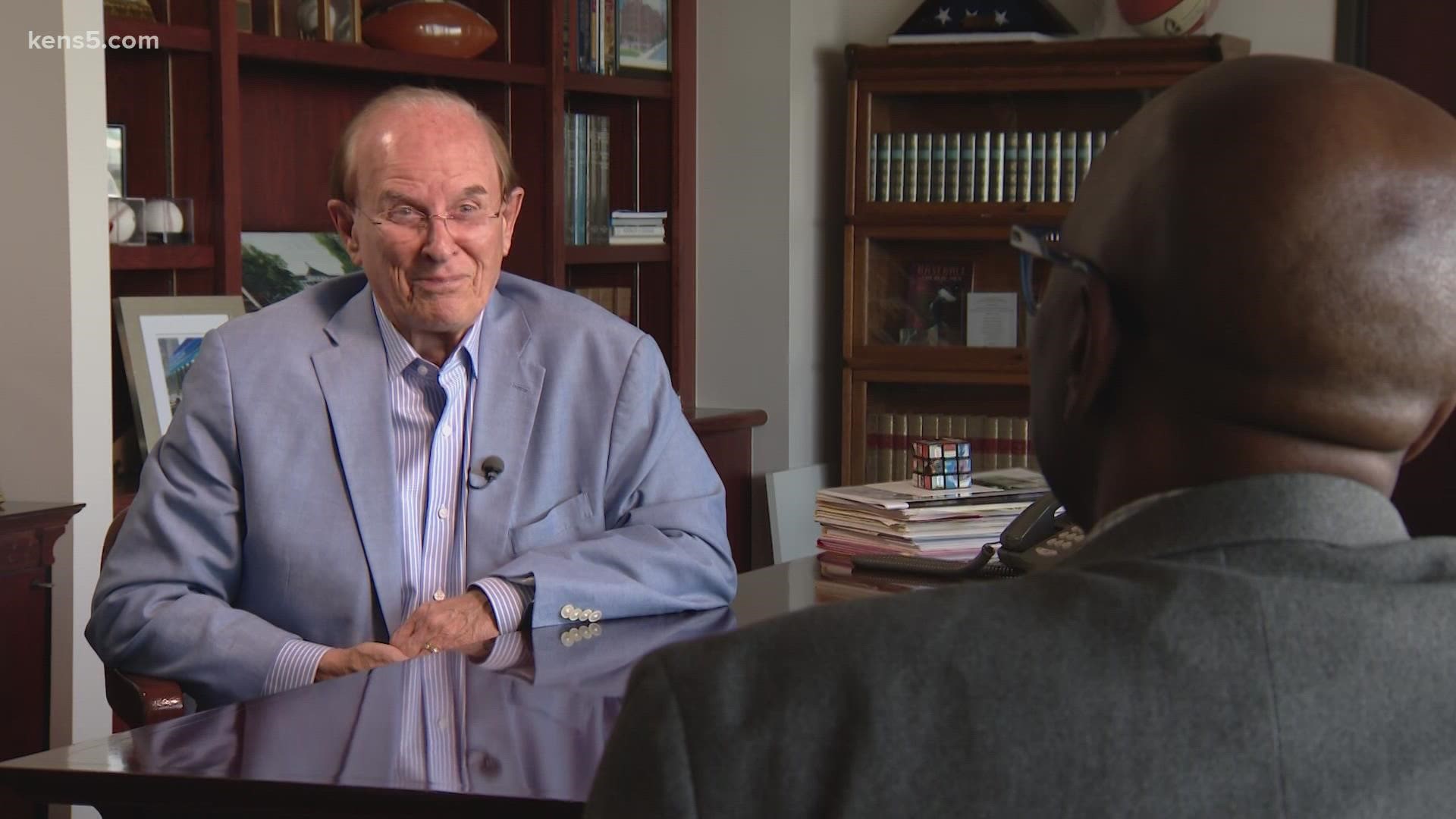 SAN ANTONIO — As the county judge for Bexar County, Nelson Wolff isn't coasting out of office. His agenda remains plentiful. This week, the 80-year-old confirmed he would not seek re-election.

Wolff sat down with KENS 5's Marvin Hurst to reflect on his life, political career, future and legacy.

Q: So what was it? What was it like growing up being Nelson Wolff?

A: Well, I was born at home on the south side of San Antonio. It was a great place to grow up in a working middle-class families. Not a rich area. But it was a good, solid neighborhood where families took care of each other and shared. So I was blessed in my early childhood, being in that environment.

Q: Did you know early on what you wanted to do? Or did you have different dreams that kind of shifted, as most kids do?

A: Well, you know, I think -- I think most of us find some turning points, you know, early on that kind of lead us to where we're going. I believe a turning point for me was when my dad was transferred to Houston. I went to Bellaire High School. It was one of the top schools in the United States and strong academic program.

Although I was not strong academically, I played football, baseball and learned by osmosis. But I learned a lot. So that was a turning point. And then I do remember one day, I don't know, maybe I was a sophomore or so, a lawyer came to talk. And I was impressed.

I don't remember what he said now. Saw him carrying his briefcase out. Suit on. And I thought, you know, that would be nice to be something like that. So, I was first in my generation to go to college and finish college and finish in law school. And I think law school was where the politics of things start. So yeah, those were, I think, some defining moments for me.

Q: Were you popular in high school? I mean, I'm thinking, 'He had to be like student body president,' or something?

A: No. I was, you know, a baseball, football guy. I was an officer in the  Bellaire Varsity Association. We won this city championship playing baseball. But academically, I can remember my counselor telling me, 'We just saw your IQ test, and let me tell you, young man, you're performing way below it.' And he was probably right.

Q:  As I walked into your space, I was wondering, who is now Nelson Wolff?

A: Well, you know, my wife and I talk about that a lot. We were married 32 years ago. And what was the importance of that relationship? And it always starts with values. Always starts with that. And, you know, the family connections and how you view those. I'd go to St. Mary's, and although I'm not a religious person, they imprinted on me some very strong values through the Catholic religion. And I've stuck to those values.

You know, work hard, do the right thing. Don't worry about what other people say about you. I think those values instilled early on with me. My wife, the same thing, she grew up with a Catholic family, and those values were imprinted on her at an early age. So I think it always starts with that.

Q: Why did you choose to announce at the State of the County (address)? I mean, you're a large enough and prominent enough figure where you could have separated the two. So why that event?

A: Because they asked me to do it. And I had told most people I was not planning to run. But we're five months away from primary now. And I don't think the general public knew for sure that I was not going to run. And so it turned out to be a proper time to announce that. I came from the business community and relate to them. And wanted to give time for any candidates to get their campaigns up and going. And some have started already. So I just wanted to give them enough time, and that try to pull something right at the end.

Q: I looked over the resume of your years in public service, and I keep thinking a couple of things. Sacrifice is one of them. What does sacrifice mean to you?

A: My wife always said, 'Hey, if you just stayed in the private sector, paid attention to the business and not got off into politics, we'd be very rich.' And I said to her, 'You know, you can only eat so much. You only can have such a big house. Who cares how rich you are?' That's never been a driving force in my life.

Q: So it looks like you won everything but Congress. What did the losses teach you?

A: It was very, very difficult. Very difficult. Yeah, I was sort of a, you know, a little rising star, youngest senator in the state at that time. And then lost a congressional race in '74. Then, just came back and ran again in '78 and lost again.

That second loss was pretty devastating. It made me a kind of a different person for a good while. More introverted and more angry. More disappointed, even though I was doing fine with the business and everything. For a good period of time, I was, you know, some whatever an angry individual. Introverted. And then Tracy and I married. And she changed me, much for the better. So yeah, you pay a price for it.

Q: But you learn on the other side?

A: You do learn on the other side. Probably the greatest things that can happen to people is to be defeated on some issues. So you're not going to win every battle you're in. I certainly haven't. And defeats bring a little humility to you. You learn a few things from them. And the most important thing is to get them behind you. And sometimes, it takes longer to get them behind you. But time will pass, and there'll be time for you to win some victories and the defeats.

A: Well, you know, when I've approached politics, I've always been optimistic about things. And I learned a lot in the legislature. And it's helped me, I think, later on, because I was out of office for 13 years. And so I think even the youth that I had, and the mistakes that I made, helped me understand how to govern better when I was mayor, and then as county executive. And so those lessons back there, you know, did teach me some things.

Q: What do you think your significant accomplishments are, if you had to say, 'Here's what I've done'?

A:  Well, it's a pretty good list. A lot of them are very important. But there's two of them that kind of I'm kind of proud about the most, I believe. One was the Mission Reach of the river, eight miles, and we put some $200 million in to restore that. That's where I grew up, not very far from the river on the south side and (it) had been destroyed by the year corps of our engineers when they made it almost into a drainage ditch.

And so we brought back wild life, cleaned the water up, planted 20,000 trees. Just a beautiful ecological restoration going south. And then starting Bibliotech and reaching into those areas -- east side, west side, south side -- where people didn't have access to the internet, and providing hotspots for them, providing computers or providing ebook readers that can take home. Providing over 200,000 books now and movies and magazines and learning things. I've always felt good about that.

Q: Are there things that you're working on now that we don't know about?

A: This economic development corporation that we contribute to, and I take trips with them from time to time. There's several things undergoing now. Another part of the Navistar, now it's part of Volkswagen, and that's leading to more investment here. And we'll be bringing engineering division here and trying to bring more and more really top-notch jobs from them. So they've got another location where we're working on to do that. I think that would be a big, big imprint for us to bring 100, 200 engineers here to San Antonio.

Q: I would guess one of the greatest challenges of your leadership would be COVID-19.

I had no idea what we were going to be going through. We went through three major surges of COVID -- extending over a four-month period, each one of them rising high. You know, reaching 1,267 people in the hospital in the summer and reaching 1,520 during the winter, and then reaching 1,466 during this Delta variant. Seeing it go up and coming down, losing thousands of lives. I think over 37,000 people here have been in the hospital because of COVID.

It's been a tiring time. We've had our differences with the state. And, you know, it's been full of controversy. Some folks certainly didn't like some of the things I did. One lady said somebody was gonna hang me. I'm still trying to figure out who's gonna do that.

Q: What do you hope people will remember you for?

A: As a general rule, you and I will may be remembered by the next generation, our children, and maybe one more, our grandchildren. And then we disappear. So I think what lives is things that you did while you were alive. And I think that some of the projects we've done will live for a very, very, very long time.

Q: Most of your projects, the ones that come to mind, on my head, you haven't forgotten where you came from. Toyota is on the south side.

A: It wasn't by accident; we spent a lot of our money on the south side of San Antonio, that's true. Because it's been overlooked. Sewage is dumped that way. Floods were dumped that way. Economic development went all north. South side ended up on the short end of things. And when I say south side, there's a southeast part and the southwest part. But it's clearly coming back now.

Brooks Base and Port San Antonio. It's on the rise now. A&M University, through our Bexar County Hospital District, we just bought land out there. So the south side is coming back now.

It's one of the things I feel the best about -- knowing where it was, and where it is today is dramatically different.

A: He brought back the bacon! 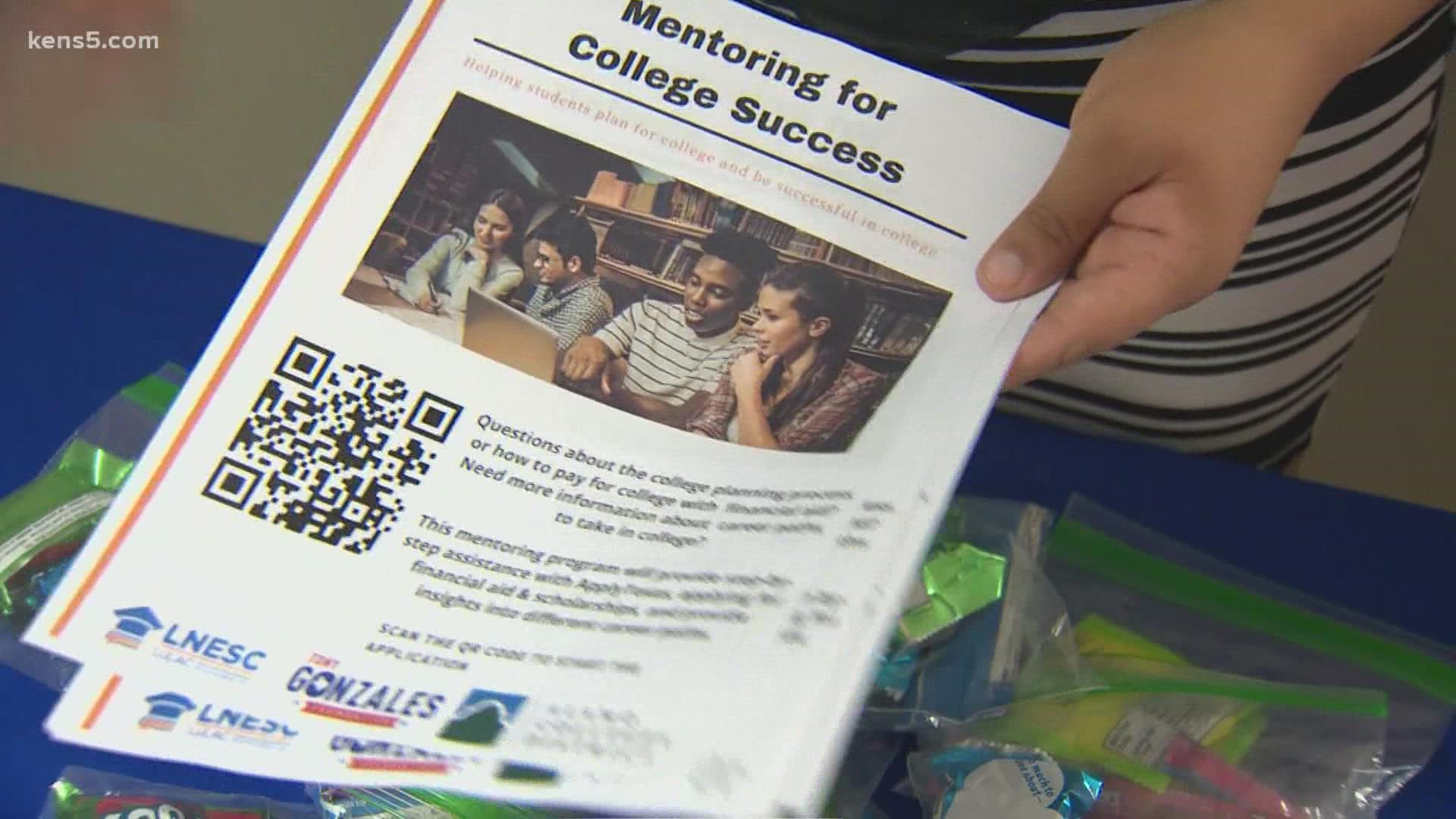