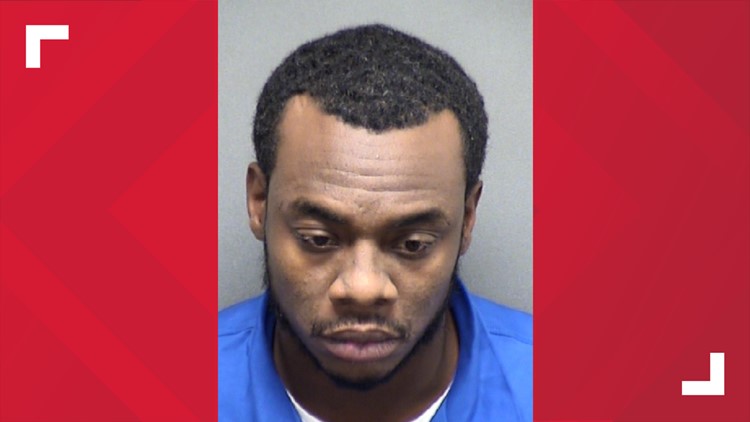 SAN ANTONIO — A San Antonio man has been charged with arson-habitation, after being caught on surveillance video outside of his ex-girlfriend's home moments before it went up in flames.

According to an arrest affidavit, on September 13, a neighbor of House's ex-girlfriend called police after seeing smoke come out of her house.

While the victim wasn't home at the time of the fire, she rushed home after another neighbor texted her to let her know that her house was on fire.

Helotes Police Department detectives were called out to the scene, where they found that someone had forced their way into the home. They also noted that the house appeared to be "ransacked" and that a 70" television was missing from the home.

A nearby neighbor provided video surveillance from a Ring camera that showed two men and a truck outside of the victim's house moments before the fire was reported.

Per the affidavit, the victim watched the security video and identified Alvin House III, her ex-boyfriend and the father of her child, as one of the men on the video. She also identified his truck in her driveway.

The victim also told investigators that House made verbal threats to burn down her house in the past.

Five days after the fire, investigators served AT&T with a search warrant of House's records which included incoming and outgoing phone calls, text messages and GPS coordinates. A search of these records revealed GPS coordinates that showed House in the immediate area of his ex's house at the time of the fire.

A week after the fire, investigators tried to talk with House about the incident, but he refused to talk.

Alvin House III has since been arrested for arson-habitation.

House was out on bond for a previous domestic violence case when this incident occurred, therefore, he will not be granted bond with this arrest, according to court records.