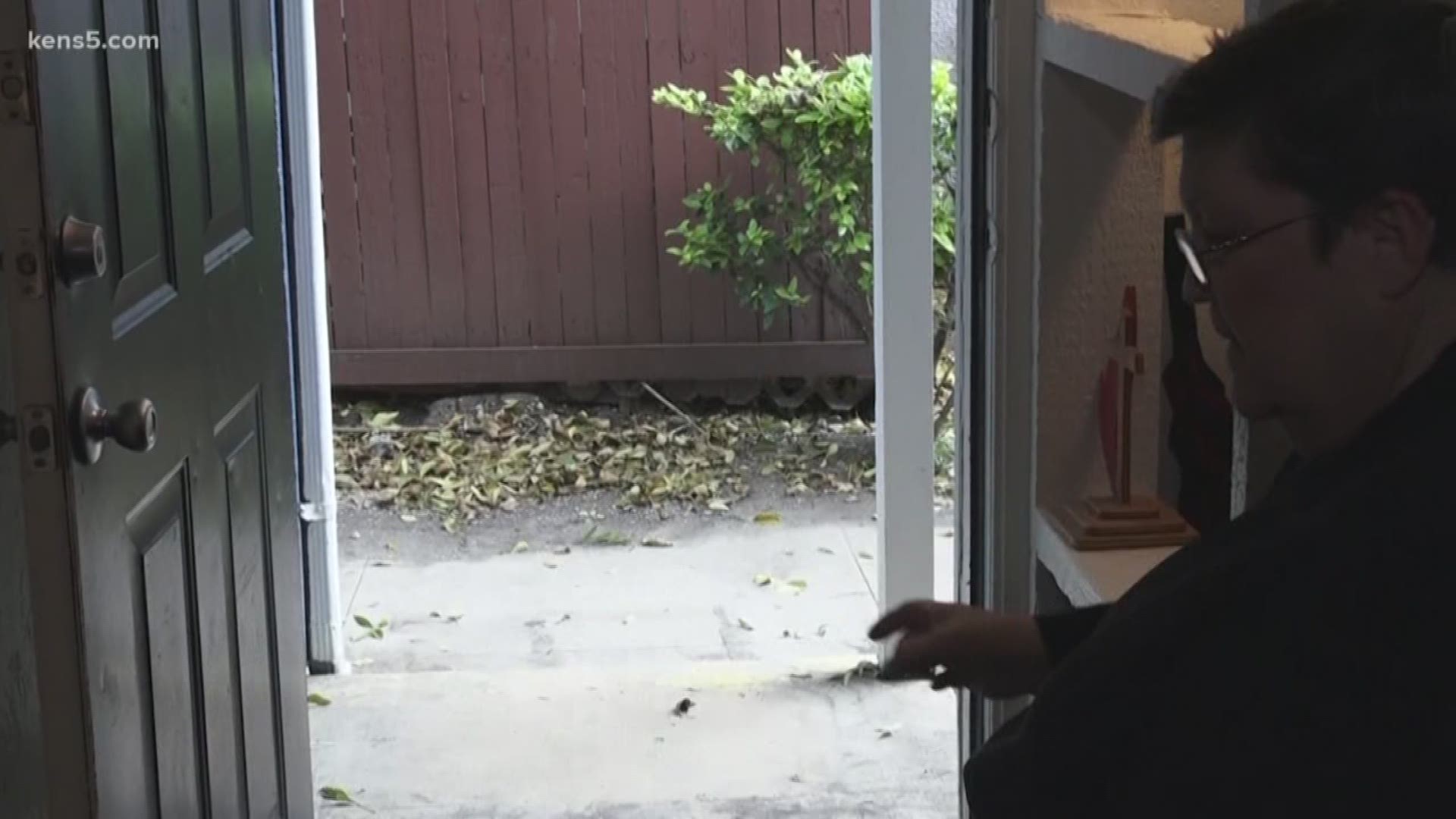 SAN ANTONIO — A San Antonio woman said her two custom wheelchair ramps were stolen after she celebrated Thanksgiving with her family. Without the ramps, she says, she is trapped in her own home.

Vicki Wilson and her sister Carolyn Brown decided to move in together after spending years in different cities.

"Both of our husbands have passed," Vicki Wilson said. "I didn't like her living alone, she didn't like me living alone. You know, you start getting older and we both fall pretty easy and it's scary."

Wilson said both she and her sister are handicapped and have to rely on a powered wheelchair and a walker.

But sometime after her family's Thanksgiving celebration, her son noticed that the custom-made wheelchair ramps on their front porch were gone.

"He kept saying, 'Who does that?'" Wilson said. "It just made me so sad. I was just sad that somebody would be that evil to come and take something from a handicapped person. It's just inconceivable to me."

Wilson said the ramps are the only way the two sisters can get out of the house. Now, they will have to rely on her son to help them get around.

During their time staying at a northeast San Antonio apartment complex, both sisters have had their cars broken into. According to police, reported theft typically increases during the holiday season, especially in the month of December.

Wilson said they will be lucky if the two ramps are replaced within the next couple of weeks.

"I mean, we're not going anywhere. We can't. We can't go anywhere," she said. "It's frustrating."