A dangerous driver was swerving and nearly slamming into other cars. The woman who recorded his driving took charge of the situation and helped capture him. 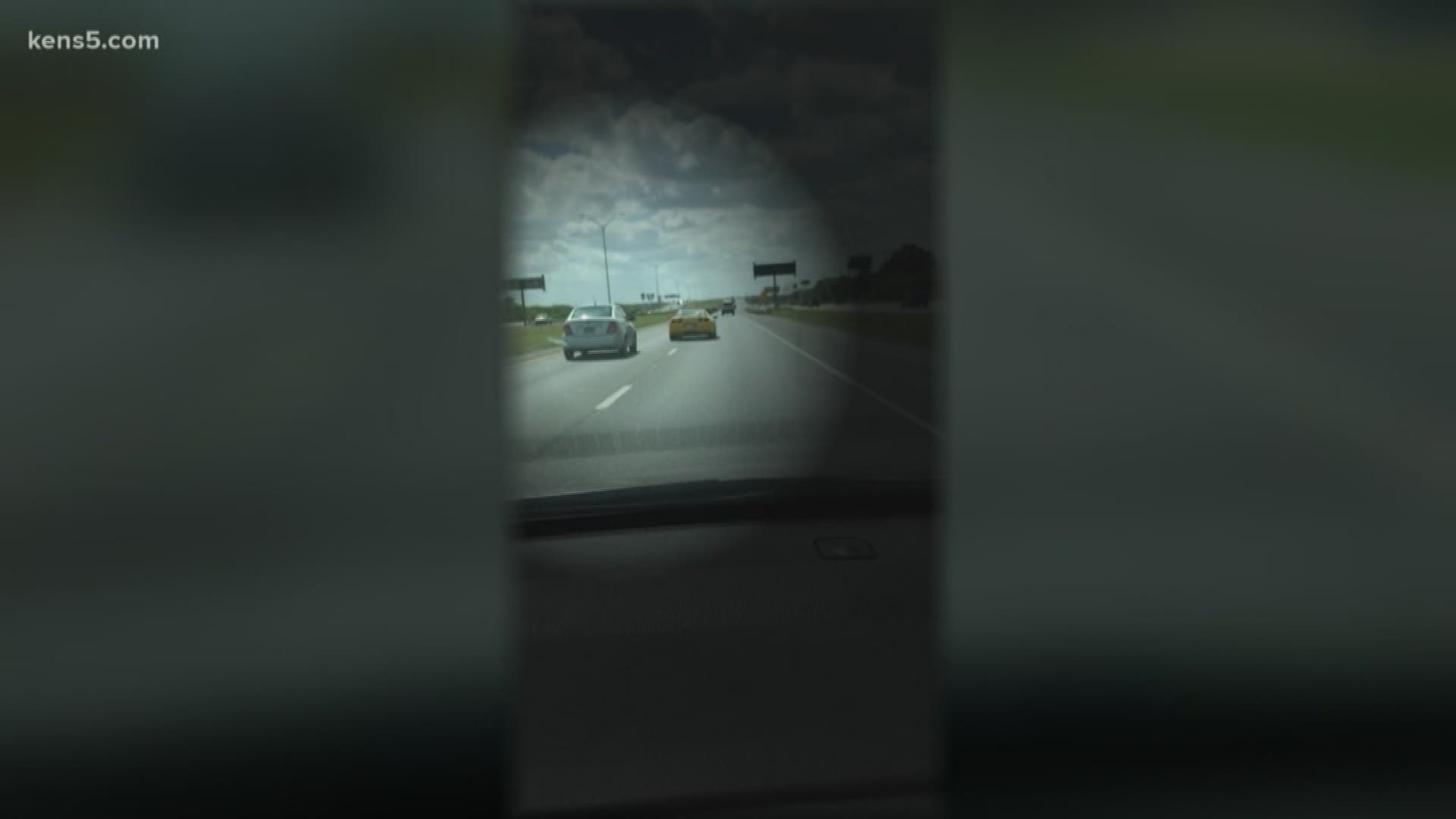 SAN ANTONIO — A woman who recorded another driver swerving into oncoming traffic and hitting a car took matters in her own hands. She followed him until his last stop, where police took him into custody.

Tuesday, around 1 p.m., the woman was near Hausman and 1604 when she saw the reckless driver in a yellow corvette. She followed him to a Circle K on Culebra Road. During that period, she witnessed him nearly running into 10 cars and driving on the opposite side of traffic.

As he made a right turn towards the gas station, he’s seen on video hitting a white car with a woman and her child inside. Once he pulls over to the gas station, the man is seen getting out of his car with an unsteady gait. The witness is heard on video asking him if he was having any trouble. He answered that he had no idea that he hit a car.

Then, she said the man got into his car and headed to Salons by JC near the gas station. During the majority of the drive, the woman was on the phone with police. Officers soon arrived and escorted the man out of the building. The man’s hair stylist told KENS 5 that the driver got a haircut before he was taken into custody.

It’s unclear if the man will face any charges. SAPD has been unable to provide any information. If you suspect a driver is under the influence, police recommend you do not chase after the vehicle. Instead, make note of the car’s make, model, color and license plate. Then, call 911.