Woman pulled from car moments before it was engulfed in flames

The heroic save by an off-duty St. Mary's University police officer was captured on film by nearby witnesses. 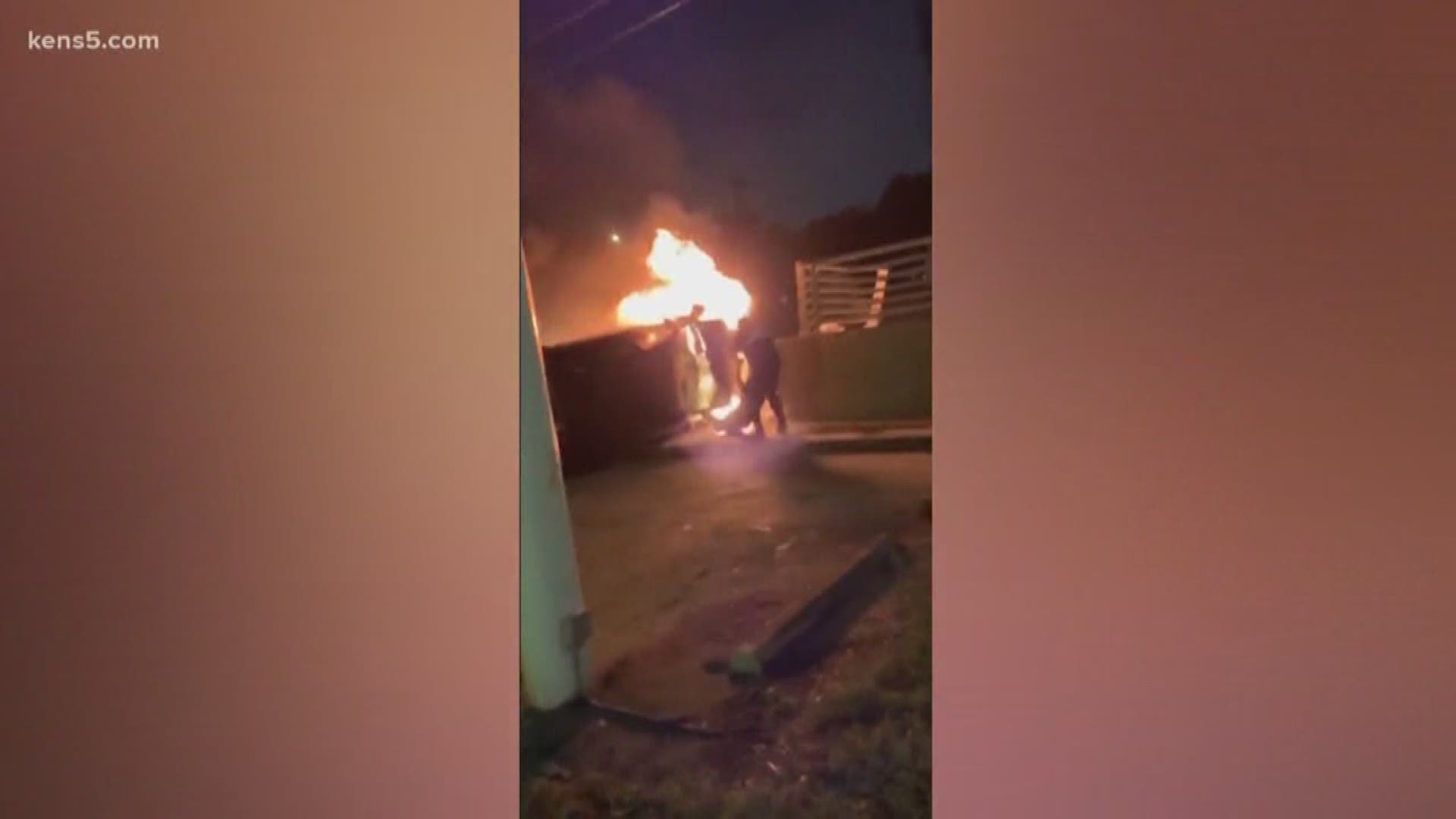 SAN ANTONIO — One woman is lucky to be alive following a wreck on Bandera Road near Evers Road this morning on the city's northwest side.

The accident occurred just after 3 a.m.

According to police, the driver drove off the road hitting a metal guard rail, flipping the car on its side.

Hamilton was heading home after working at the University when he spotted the flames.

He asked the two young men if someone was in the car, to which they responded yes.

The Sergeant ran over to the car as the flames intensified and worked to break the windshield.

He managed to get the woman out just before flames reached her feet.

As the driver was pulled away from the car, the car became totally engulfed in seconds.

Hamilton says he didn't hear the tires popping or the roar of the fire, he just focused on the mission of getting that woman to safety.

The woman was taken to University Hospital with minor injuries.