Brenda Martinez is first greeted by her four dogs each time she gets home. On Saturday, only three ran up to her. 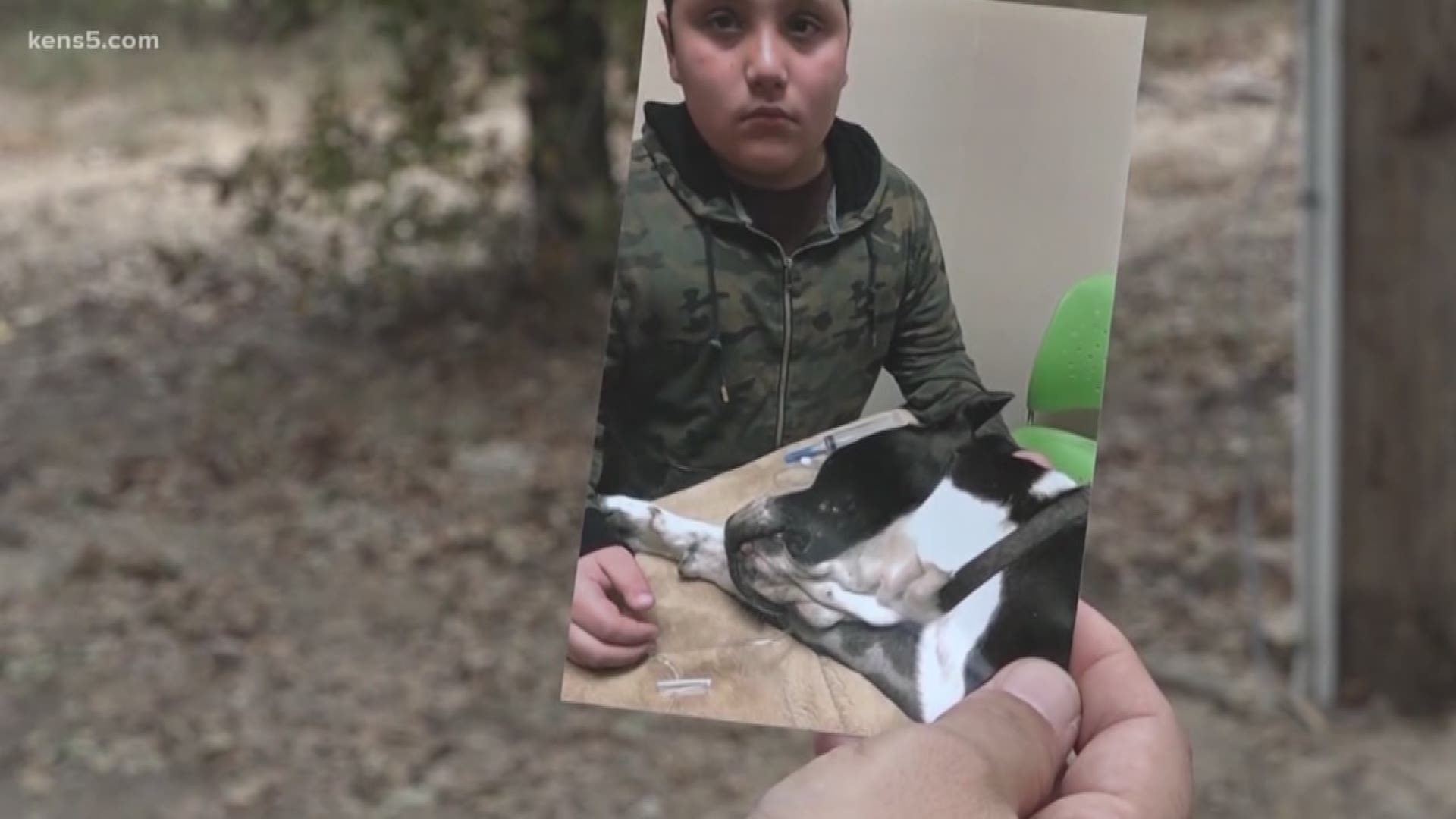 Her four dogs have five acres of land to run and play. While she's at work, they play in the pool and chase grasshoppers. They're the first to greet her each time she comes home.

"As soon as I drive up, they're all here wagging their tails," Martinez said.

But when her gate opened last Saturday, there were three tails instead of four.

Her 60-pound mutt named Sarge was hiding underneath her camper a few hundred feet up the driveway.

When Martinez pulled him out, she noticed there was a hole in his hind leg.

She rushed Sarge to the vet. The vet said a bullet fractured some of his bones. Martinez said it would've cost about $10,000 to save him and he would never be able to walk again.

She made the difficult decision to put him down.

Martinez has spent the last few days talking to her neighbors, trying to figure out who may have hurt her dog.

Rather than get closer to an answer, she only heard of similar situations.

"The neighbor down the street also had two animals shot," Martinez said.

Atascosa County Sheriff David Soward said they only get a few cases like this each year, but he added that there could be more than go unreported.

He said under state law, a person is able to shoot a dog to protect their livestock. If that's not the case, they could be charged with animal cruelty, which is a misdemeanor.

Martinez's entire property is fenced in so she's not sure how Sarge could've gotten out or if he even left the property.

"Someone around here did it, they know they did it and they're not going to admit it," Martinez said.

Martinez said Sarge wasn't an aggressive dog. Whatever the situation was, she thinks the person who shot him took things way too far.

"He just wasn't an animal, he was our family," Martinez said. "They could've done something else."

Martinez said people who are having an issue with a dog should first call animal control to handle the situation. She said they could also spray a hose, throw a firecracker or shoot at the ground to scare them away rather than hurt the dog.

On Oct. 10, two Great Dane mixes were also picked up as strays by Atascosa County Animal Control. One of them was shot in the neck. She was taken to a veterinarian for treatment.

RELATED: Community comes together to save lost dog

RELATED: 38 dogs get a new ‘leash’ on life via flight out of San Antonio