"We've identified the woman," SAPD Chief McManus said Monday, "and we can say without a doubt that this was not a car theft; this was not a kidnapping. This was a staged event." King's whereabouts remain unknown. 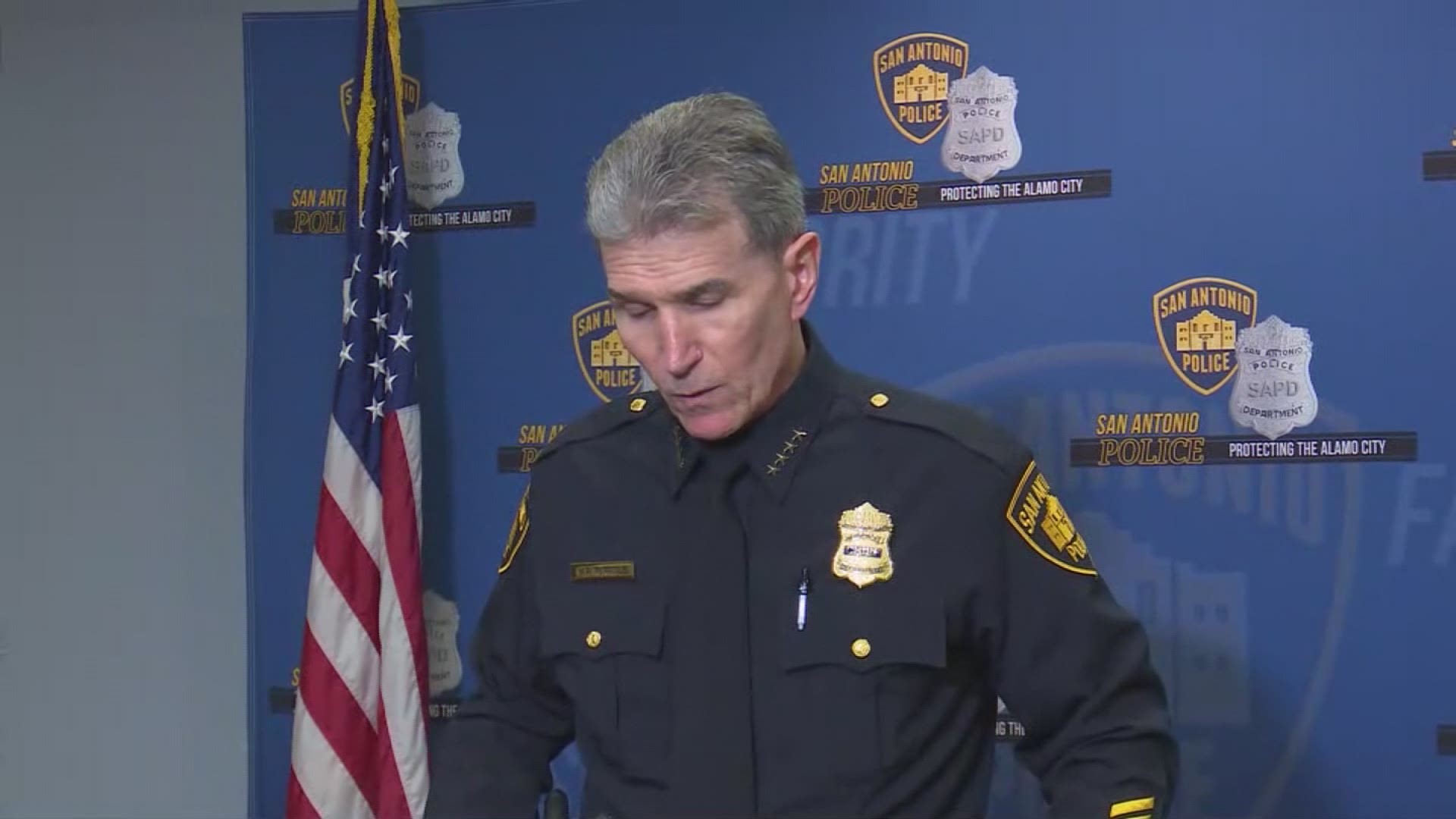 SAN ANTONIO — The story has been edited to reflect that only the father's cousin had been implicated in the allegedly staged kidnapping as of Monday, according to San Antonio Police.

The woman seen in surveillance video getting into the car King Jay Davila's dad said he was in has been arrested on unrelated charges and booked into the Bexar County Jail.

"We've identified the woman," McManus told media, "and we can say without a doubt that this was not a car theft; this was not a kidnapping. This was a staged event."

Police initially believed 45-year-old Angie Torres got in the car that King was allegedly in and drove off, after the father left the vehicle running and the door open while going into the store just before 7 p.m.

A day after the alleged abduction, McManus said the manner in which the woman got in the car was unusual.

Monday, McManus says that police believe the car theft story was concocted to cover up foul play involving baby King. Investigators identified the woman who drove off in the vehicle as the cousin of King's father, Christopher Davila. She has been arrested on unrelated charges, police say.

Christopher, 34, was arrested Saturday after police say he wasn't cooperating with them. At the time of his arrest, police said he may have been in on the incident. He was booked into the Bexar County Detention Center on child endangerment charges and released on bond just before 6 AM Sunday morning.

"I know he has nothing to do with it. He loves his kids for sure," Jasmine Gonzales, baby King Jay's mother told KENS 5 after Christopher's arrest. "I never doubt anything about that."

Police now believe King was not in the car the night of the alleged abduction. The car was found at Rodriguez Park a few miles away later that evening, but the baby and his booster seat were not in the vehicle.

King's whereabouts remain unknown. Police are continuing their search with the help of FBI. At his press conference Monday, McManus thanked the federal agency for the resources they'd provided during this investigation.