Two women related to the woman were arrested and charged after her body was discovered Wednesday. 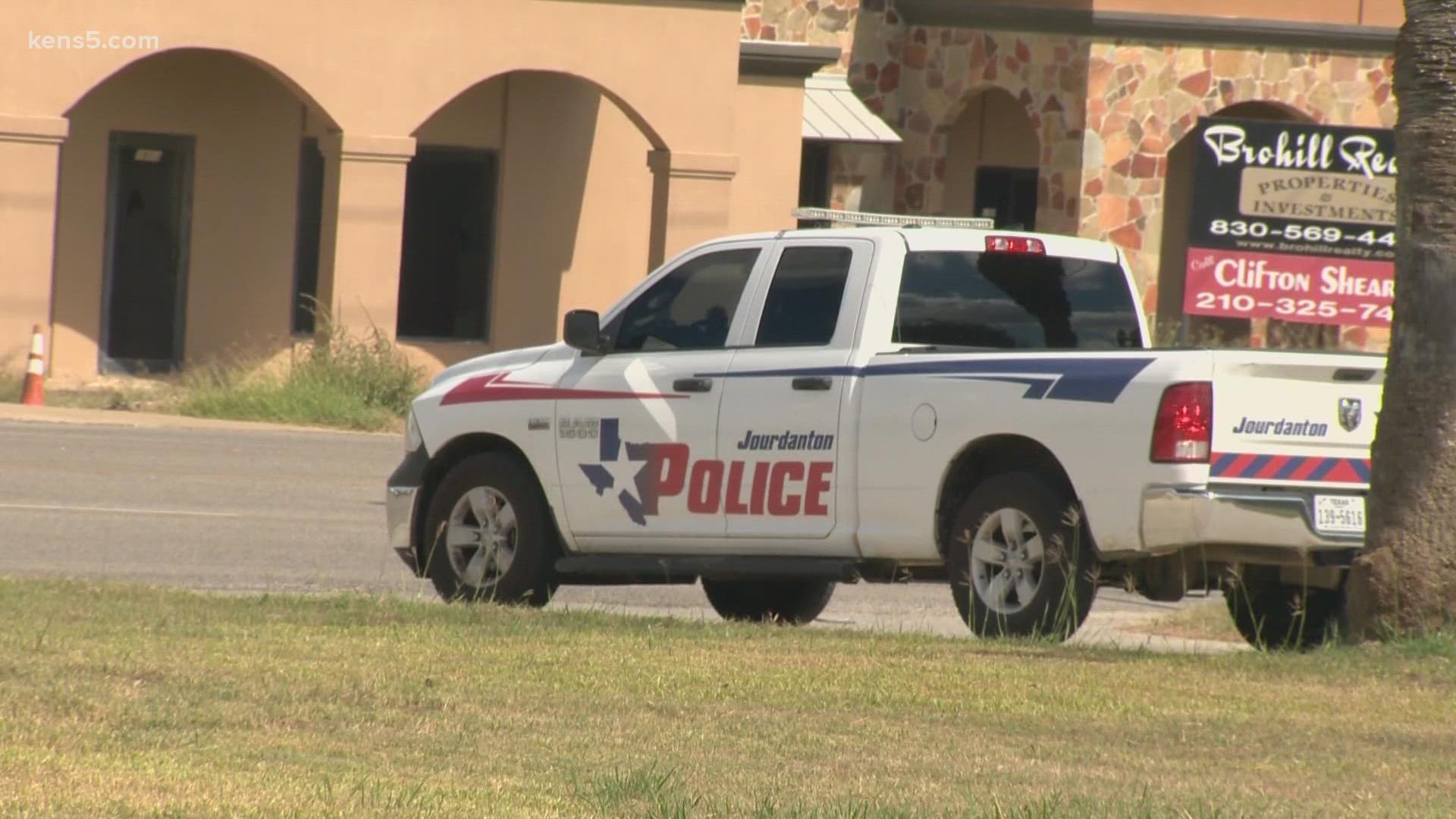 SAN ANTONIO — Two women were arrested after the body of a 75-year-old woman was discovered Wednesday, the Jourdanton Police Department said.

Just after 10:30 a.m., Jourdanton Police Department responded to the 700 block of Fig Street for the welfare check of an elderly woman that had not been seen in "some time," JPD said.

“After a conversation with the people who living in the residence we learned that the victim Diane Carpenter had been murdered in that residence and her body appeared to have been there for at least a week,” Jourdanton Police Chief Eric Kaiser said.

Officers and workers from Adult Protective Services arrived at the location and spoke to the granddaughter and daughter who lived with the woman. They told officers that the woman was at the residence and was "hurt."

Officers found the woman's body in a bedroom with stab wounds to the torso, police said. It appeared that the woman had been dead for at least a week and the victim was identified as a 75-year-old woman.

“It appears she was stabbed in the chest by her grand daughter. When the granddaughter was here at the police department she did give us a confession, told us where we could find the murder weapon,” Kaiser said.

Carpenter's daughter, 49-year-old Roberta Carpenter, admitted that she knew of the stabbing, but chose to not contact authorities, police said.

“While murders may not be unheard of in many municipalities, one as bizarre as this where people continued to live in the house with a deceased body is extremely unusual,” Kaiser said.

“It’s unfortunate for the surviving family members to know what happened to their grandmother and have to come to grips that,” Kaiser said.